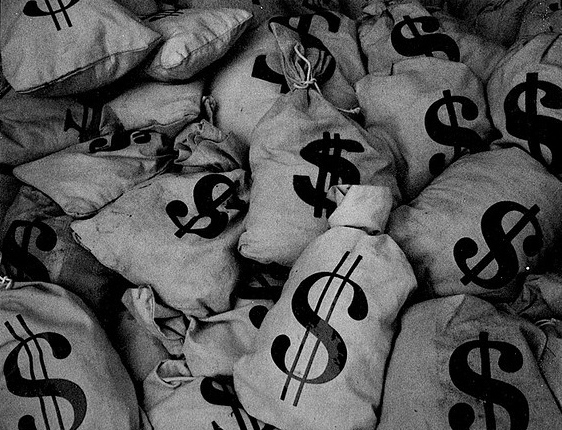 In his book Moneymakers: The Wicked Lives and Surprising Adventures of Three Notorious Counterfeiters, author Ben Tarnoff tells the story of three particularly successful fraudsters in United States history. Owen Sullivan (c. 1720-1756), David Lewis (1788-1820), and Samuel Upham (1819-1885) each became a master of financial forgery and general bamboozlement. Zócalo recently caught up with Tarnoff via email to ask him few questions.

Q. Several centuries ago, counterfeiters got boiled in oil. Why have we gone so soft?

A. In colonial America, counterfeiters were whipped, pilloried, branded, maimed, and hanged. Colonial authorities had a special reason for meting out these punishments publicly. A counterfeiter threatened a colony’s economic stability by undermining faith in its currency. Punishing the forger in full view of his peers showed everyone that the government took its paper obligations seriously. 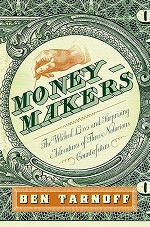 Punishments changed after the Revolution. A penal reform movement successfully replaced the pillory with the prison. Another reason for the lighter penalty was that counterfeiters no longer directly threatened the government. After the Revolution, America’s paper money was printed by private institutions: state-chartered banks and a range of other corporations, which together produced thousands of different kinds of notes. Not until the Civil War, when the Treasury started printing its own money, did the government again see counterfeiting as a serious threat.

Q. Given all the dirty schemers we see in U.S. commerce, weren’t the counterfeiters of your book relatively honest?

A. By the standards of their time, counterfeiters were about as honest as the bankers whose bills they forged. The wilderness of paper that passed for money before the Civil War consisted of notes inscribed with a promise: to be exchanged on demand for a certain quantity of precious metals. The banks often didn’t have enough gold or silver in their coffers to honor these promises. They made it difficult, if not impossible, for people to redeem their banknotes for coin. But so long as everyone believed a bill had value, it continued to circulate.

Like many legitimate bankers, counterfeiters produced bills whose promises they had no intention of honoring. They became America’s shadow financiers, an underground analog of the banking sector they preyed upon. Most paper money in America relied upon a measure of deceit to acquire value. Still, that value, however fictitious, could do real things. It built canals and railroads, accelerated the settlement of the West, financed the transformation of the country.

Q. Our present-day fictitious money financed sprawling McMansions in Fresno. Do you see your three historical fraudsters roaming about today?

A. I started researching this book during the early days of the financial crisis, when virtually all of the country’s banks began to look like massive counterfeiting schemes. The factors that fueled the boom and created the bust–a hallucination of wealth built on the cultivation of confidence, the repackaging of worthless slips of paper into valuable ones–would’ve been very familiar to the three counterfeiters profiled in my book. Their technique seems quaint compared with the perfectly legal practices in place today.

Of course, denouncing bankers as counterfeiters, crooks, and parasites is an old tradition in American life, even among the Founding Fathers. But finance has a constructive role, too–something even Thomas Jefferson, the original anti-banker, couldn’t fail to appreciate. America has always been a debtor nation, with a craving for cheap credit. Both bankers and counterfeiters satisfied this craving with a large infusion of currency. That infusion helped farmers finance agricultural improvements and entrepreneurs start small businesses. It helped fund the construction that expanded the country’s transportation network. However chaotic, it put America on the path to prosperity. 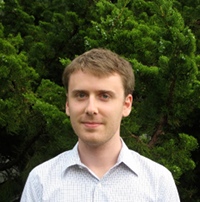 A. America is a confidence game. We’re a country of impostors, hoaxes, tall tales. Many of our best writers, from Ben Franklin to Mark Twain, were fraudsters of a sort. We created the idea of a republic against all available evidence, and sustained it on faith, long before that faith began to pay dividends. Almost everything in American life was a gamble, from the Revolution onwards: the far-from-certain speculation that thirteen British colonies would evolve into a single democratic nation extending to the Pacific coast. Paper money helped fuel this speculation. Its value was largely faith-based. It wasn’t strictly truthful, but embroidered its factual basis, like Franklin or Twain in their writings.

Q. Did you grow fond of any of the counterfeiters in your book?

A. All of them. They’re irresistible. Not only because they tended to be charismatic, with idiosyncrasies that come alive in even the dustiest histories, but also because they absorbed the American spirit so fully. They’re like children who apply a lesson too literally. The first counterfeiter profiled in my book, Owen Sullivan, says he started counterfeiting because it offered “an easy way of getting money.” In an aggressively acquisitive commercial culture, where everyone is obsessed with making money, what better way to succeed than to manufacture your fortune by hand? Counterfeiting offered the shortest path to the instant wealth Americans craved.

Q. So what’ve we learned?

A. One lesson emerges clearly from the historical record: when the government neglects its responsibility to ensure economic stability, disaster results. For most of the 19th century, the government took a hands-off approach to the nation’s banks and currency. This laissez-faire policy reached its zenith in the administration of Andrew Jackson, whose unharnessing of the financial sector led to a skyrocketing number of banks and banknotes, benefiting counterfeiters and undermining the long-term economic health of the nation. Left to its own logic, the American economy tends to swing violently from prosperity to panic, from boom to bust. And without a meaningful role for government, that trend is likely to continue.

Ben Tarnoff has worked at Lapham’s Quarterly, and his writing has appeared in the San Francisco Chronicle. He graduated from Harvard in 2007 and lives in New York City. His website is http://www.bentarnoff.com.