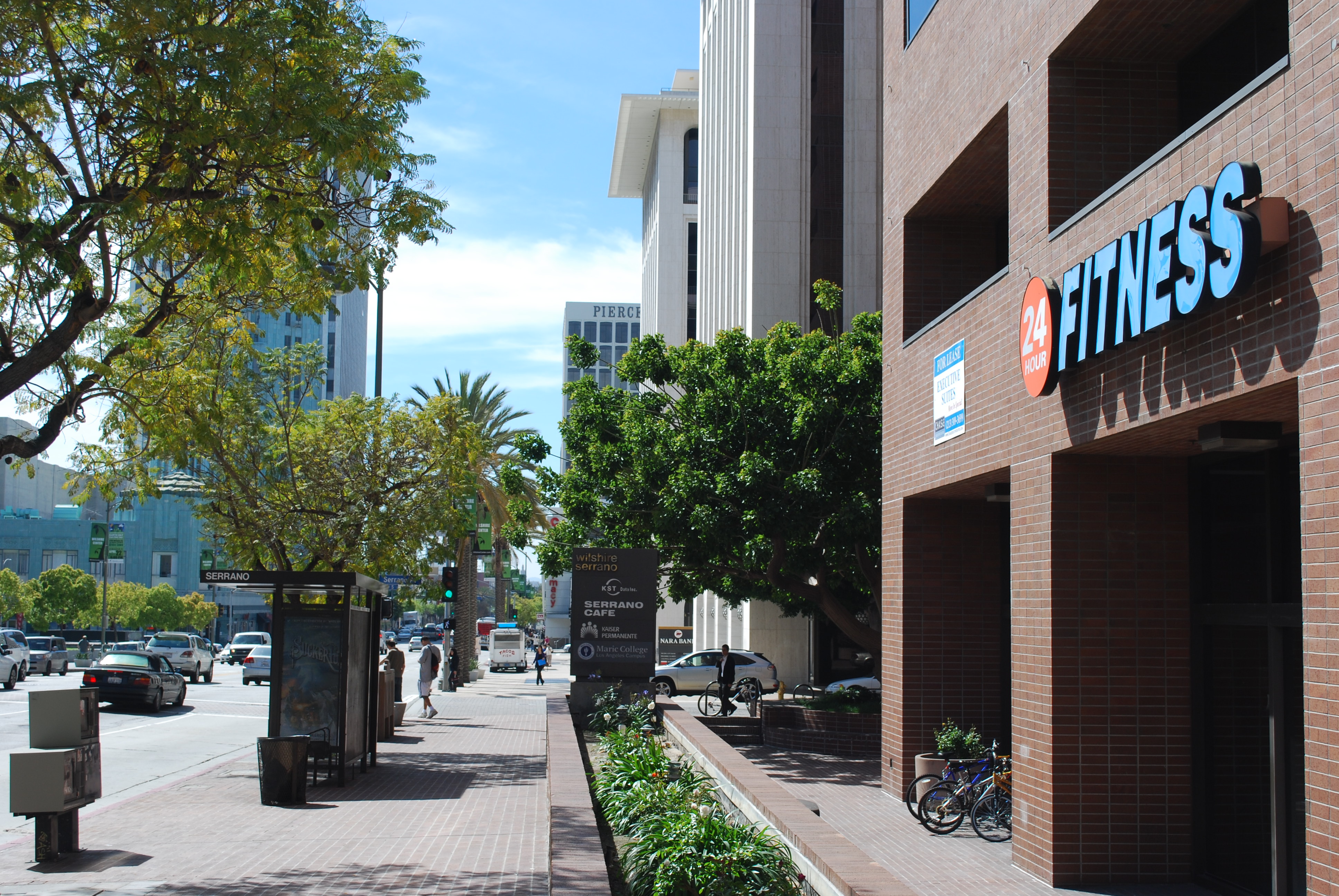 Where I Go is a new feature from Zócalo in which contributors describe—in a few words or in a few hundred words—where they go to find a sense of connection to people or place. Kicking things off is writer Meghan Lewit, who relates the joys of belonging to a tenth-rate fitness club.

In Los Angeles, a city with no shortage of obscenely fit people, new yoga studios crop up as frequently as pot dispensaries, and spa-like gyms with names like “Equinox” or “Spectrum” teem with beautiful people shrink-wrapped in Lycra. I do not belong to such clubs. I am a member of a Koreatown branch of 24-Hour Fitness. It would be on anyone’s short list for the worst gym in Los Angeles—possibly in all of the United States.

The dues at this club are not high. Thanks to a work discount, my annual membership probably costs less than a single chakra realignment. It’s a debatable bargain. Yelp gives my gym one and half stars, with evocative reviews like “The dirtiest and ugliest gym I have ever seen in my life!” and “What. A. Dump.” and “Locker room smelled how I imagine Satan’s ***hole to smell.” (Asterisks not mine.)

24 Hour Fitness in Koreatown occupies the bottom floor of an office building on Wilshire Boulevard between two iconic spots—the art-deco Wiltern Theatre and the former site of the Ambassador Hotel. The area is one of strip malls, blaring neon digital billboards, low-slung apartment complexes and a smattering of impressive high-rises. Kids on skateboards careen along the sidewalks and curbs. It’s crowded, which means the first challenge is parking, a process that usually requires a few passes around a six-block radius.

What awaits me after I’ve found a space is a gym that’s cramped and poorly ventilated, with liberal wafts of sweat and damp socks. The bottom floor is a din of clanking free weights—the domain of a cadre of tattooed hombres in muscle t-shirts. There’s also a large group exercise room painted in greenish pastel and peach accents straight out of 1986. It looks like the set of an Olivia Newton John video.

Upstairs are the cardio and weight machines, most of which also appear to date back to Grease 2. About a third of them are reliably broken. A couple of battered television screens hang in front of the treadmills and spew out telenovelas and fuzzy episodes of Jeopardy! I scrupulously avoid ever letting my bare feet touch the floor of the locker room. Plenty of older Asian ladies stride about completely naked, however. They do not know fear.

The Koreatown location is one of two 24-Hour Fitness clubs in Los Angeles that fall under the category of “Active,” a rung below “Sport” and two rungs below “Super Sport.” Yes, believe it or not, 24-Hour Fitness has a caste system. “Super Sport” clubs offer “towel service and plenty of equipment.” My “Active” club offers four walls and a roof. When I told a friend of mine who frequents the Super Sport level club on Sunset Boulevard where I work out, he wrinkled his nose and simply said, “Eww.” There are few experiences as humbling as being pitied by a fellow member of 24-Hour Fitness.

But here’s my confession. I’m fond of my gym. It’s the modern-day Los Angeles version of the Alamo—the place where body fat makes its last stand. Here, the bar for splendor is set agreeably low, and the mirrors are coated with a forgiving film of fog and condensed perspiration. I won’t say that I cherish being scoped out by the oversized guys on the weight machines, but I can’t honestly claim it’s the worst part of the day, either.

Tucked away in K-Town, my gym brings together a genuine cross-section of the city. There are lots of Asians, many Latinos, a handful of blacks, a few whites, some Indians, and even the occasional Borat-like patron of mysterious origin. You might even say that my gym is the city of Los Angeles. It’s a place of nearly constant frustration where diverse people are peacefully forced together, united primarily in their sourness and irritation. And yet we dimly suspect, despite the hassles, that this is exactly where we want to be.

I usually go to cardio classes in the Olivia Newton John studio a couple of times a week, and I’ve gotten in the habit of chatting with a fellow club member, a middle-aged Asian lady who’s usually accompanied by her teenaged daughter. After about a year of brief exchanges, we figured out that we live just one block apart. Her husband has been the mailman in our neighborhood for the past 20 years.

My favorite weekly class is Bollywood Dance, taught by a lithe Indian man with a posh (to my unschooled ears) British accent. He blasts the music so loudly that it rattles the grungy mirrors on the walls. Every once in a while, one of the muscled weight lifters will wander in to join the fun. Everyone looks ridiculous. No one cares. Then we pour out, a little healthier, into the pungent night of smog and flashing neon lights and go our separate ways.

Meghan Lewit is a freelance writer and recent graduate of the University of Southern California Master of Professional Writing program.