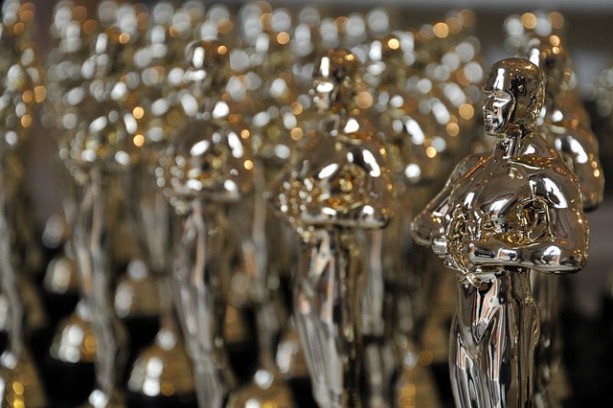 Bringing Up Oscar: The Story of the Men and Women Who Founded the Academy
by Debra Ann Pawlak 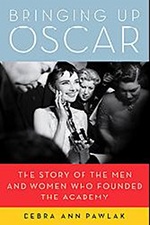 In January 1927, Louis B. Mayer, head of MGM Studios, invited 35 other film industry giants to Los Angeles’ Ambassador Hotel to discuss an idea. Mayer’s plan to create a unified body for the film business to “resolve disputes, discuss industry-wide challenges and promote the film community’s positive side” was favorably received. As a result, the 34 men and two women formed the Academy of Motion Picture Arts and Sciences, the committee in charge of the Oscars.

Debra Ann Pawlak’s new book Bringing Up Oscar tells the story of those 36 people, tracing their career arcs and explaining the unique perspectives that combined to create the famous award show. The book begins with an engaging premise – after all, we almost cannot help our interest in behind-the-scenes looks in anything, and the mysterious and glamorous stars of the past make appealing characters. Yet the book’s fractured biographical and anecdotal nature does not make for an easy read. Like a Wikipedia article with too many exclamation points, Pawlak’s prose is often inundated with easy similes (“When Louis B. Mayer wanted something, he went after it like a hound focused on a foxhunt.”) and unnecessary repetitions (patrons are “tuxedoed” at a black-tie event).

Pawlak shows readers how little the Academy relates to anyone else’s lives – just how much of an insiders’ club it truly is. With dangling narratives about each of the 36 people that never quite intersect, we are left with obscure personal histories, very little original research, and no enhanced knowledge of what the Academy does when they’re not busy handing out awards. She does remind us that some things have changed; having only two women on the Academy would not fly in 2011, although it remains male-dominated. The golden statue now has a nickname and, according to Pawlak, has gained a little weight. A few of the original categories have changed, and the members of the Academy now are hard-pressed to nominate 10 candidates for Best Motion Picture instead of five.

But knowing the birthdays and relatives of the original Academy members does not create the narrative Pawlak promised. We are not offered a glimpse into the sordid and lecherous goings-on of the Hollywood elite, nor do we learn how the history of the original Academy and its forgotten legends led to the glitzy and over-exposed modern-day equivalent. The book settles into lists – who won what and when, when founding members were born and when and how they died – details so quickly noted that they cannot possibly stick in one’s mind even long enough to become dinner table repartee.

Ellen O’Connell has been published in several national literary magazines and is a contributing writer to the forthcoming book, The Moment (2011 Harper Perennial). This year she was nominated for the 2011 Pushcart Award and currently teaches creative writing at UC Santa Barbara.