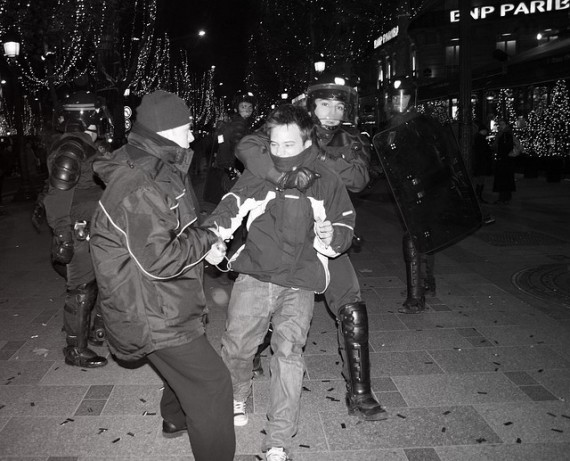 The Rights of the People: How Our Search for Safety Invades our Liberties
by David Shipler 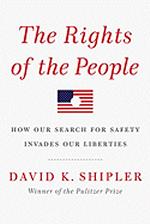 One might get the wrong impression of an author who passionately argues the government is infringing the liberty and privacy of ordinary Americans, stoking that “red-blooded American revulsion” when our elected leaders trample our Constitution. It may not help matters to know that he sees potentially ominous parallels with the Soviet Union. Presumably, the author of The Rights of the People is an anti-government Tea Party sort, right?

In fact, the writer is Pulitzer-Prize winning former New York Times columnist David Shipler, whose last book argued that the nation is failing in its responsibility to help poor people. Fittingly, The Rights of the People does not condemn the entire government, instead focusing on the ACLU-friendly issue of how the police and military overreach in their efforts to keep America safe. So his narrow point is a legitimate one: whether the government is fighting crime or terrorism, “incursions into liberty are part of the same set of constitutional issues.”

About half of The Rights of the People consists of excellent reporting on how cops on the beat actually fight the wars on guns and drugs. Shipler effectively juxtaposes the Supreme Court’s Fourth Amendment jurisprudence – which has gradually expanded the definition of a “reasonable” search – with the ways officers ignore or manipulate the limited procedural limitations. Then again, for most of their searches, the officers don’t even need to come up with a constitutionally justified exception for searching citizens’ vehicles without a warrant. Riding along with a gun interdiction unit called the “Power Shift,” Shipler observes officers generally relying on “citizens’ acquiescence.” When they don’t get consent, they quickly push the limits of allowable searches.

Shipler then pivots to the “crime of terrorism.” Just as the “terror of narcotics” has led to violations of Constitutional protections, the fear of terrorism since the attacks of Sept. 11, 2001 has led to what he describes as “jarring violations of constitutional principles.” He goes through a laundry list of abuses, from secret phone eavesdropping to NSA data mining to the dishonest, sloppy and incompetent use of National Security Letters – not subpoenas nor warrants, but administrative demands from the FBI. The Rights of the People effectively situates these pieces of American anti-terror policy in the larger context of historical “great departures” from Constitutional principles like the Espionage Act during World War I, the internment of the Japanese during World War II, any number of CIA and the FBI actions during the Cold War, and so on.

The reporting in The Rights of the People is spot-on, but the analysis misses the mark. Though the book starts with the (very reasonable) premise that war – and wartime anxiety – tends to increase the power of the state at the expense of individual liberty and the Bill of Rights, the narrative drips with Shipler’s apparent personal hatred for politically conservative leaders. So he writes of the “neoconservative Republicans” in the Bush administration who “strayed egregiously from constitutional principles essential to democracy,” after Sept. 11, barely mentioning that Bush’s policies had broad support in both parties. Nor does Shipler acknowledge that the current Administration has embraced much of the war on terror framework developed by its predecessor or that key element of that framework, including the government’s ability to eavesdrop without a warrant, came courtesy of the Clinton Administration. Overstepping the Constitution for moral or political purposes is not endemic to a certain political party.

And Shipler’s tone too often takes a sensationalist turn: “From time to time the shadows of autocracy flicker across our shining enterprise,” he writes, and we must look to the Soviet system so we know “what to watch out for”: right-wing ideologues. Like Stalinists, right-wingers, he writes, believe in the expansion of executive power, spin science for political aims, and enforce ideological political correctness.

Yet The Rights of the People in spite of itself demonstrates that aggrandizements of government power – to fight land wars, terrorism, drugs, guns, crime, poverty or any other social ill – come at the expense of individual liberty, especially for those least able to defend themselves. Some of the most striking reporting in Shipler’s book is about how the “Power Shift” police unit obliterates any concern for privacy in its pursuit of illegal weapons in the District of Columbia. He notes that the Supreme Court recently expanded the scope of the Second Amendment in the much-discussed Heller case, which could curtail the types of invasions of privacy the Power Shift relies upon. While Shipler’s diagnosis of the root causes of problem might be wildly off the mark, he would likely enjoy a consensus on his core claim: the liberty valued by people of all political stripes relies on a “durable foundation of constitutional protections.”

Excerpt: “The first time I went out with [the undercover team], they were after a bigger dealer than the street sellers who hang around on seedy corners. This one had already sold crack to three U.C.s, as was slated tonight to make a fourth sale of a greater amount, over fifty grams, which would bring a heavier punishment. It’s common police tactic to induce larger and larger sales until the defendant qualifies for a long stay in prison, and sometimes, defense attorneys say, the dealer is duped into borrowing the drugs just to meet a contrived demand that is uncharacteristic of his usual level of business. Usually in vain, the lawyers try to persuade judges that this constitutes entrapment, because the crime – in this case its magnitude – is instigated by the police.”

Further Reading: When Brute Force Fails: How to Have Less Crime and Less Punishment by Mark A. R. Kleiman; Terror in the Balance: Security, Liberty, and the Courts by Eric A. Posner & Adrian Vermeule