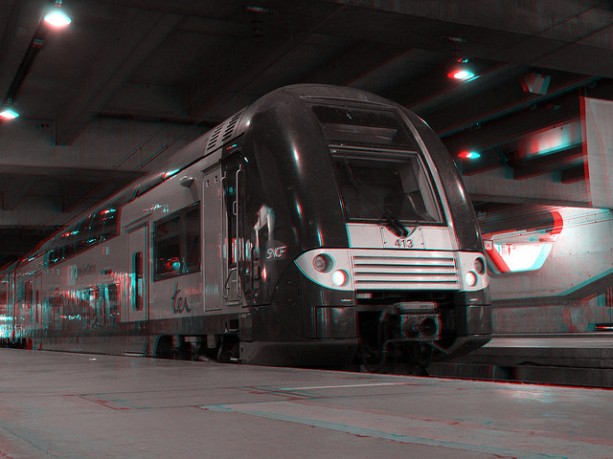 California’s long love affair with cars is going sour. There is the price of gas. There are the crowded freeways. There is the internal combustion engine, which threatens the health of our children. What we need is a whole new relationship, one that will make us hip, exciting, and green.

That’s why Californians find themselves dreaming of trains. Their attraction isn’t to quotidian trains–light-rail or urban commuter trains. It’s certainly not to freight trains. All these are too stodgy, too utilitarian, and too available. They are not objects of desire.

Ah, but high-speed rail–that’s what makes the heart beat faster. In the pictures, high speed is to conventional rail what iMac is to an old mainframe. Yes, it’s expensive. But what is tens of billions of dollars when Californians will look so good, save the planet, and zip through the Central Valley as if it were the French countryside?

Californians have loved trains before–back when both the state and the trains were young. Surely, they can rekindle that old flame. High-speed rail will be like the transcontinental railroads, the experts tell us. High-speed trains will shrink space, develop the country, and speed us into the future.

But here is where I get off the train.

I’m a historian. I’ve written a book on the transcontinentals (Railroaded). I know that the first thirty years of the old relationship between train and California were more than bad. They were horrid.

The transcontinentals promised us everything, and they lied. Much of the growth they promoted was dumb growth that came with high social costs. They corrupted our politics and our press and ruined our economy more than once. We fought the railroads for the rest of the nineteenth century.

California should have learned something from this. Do not build large railroads ahead of demand. Do not quickly fund those things that we might be able to do at less cost, more efficiently, and with improved technology later when we really need it. Do not funnel huge amounts of public money into private hands on the basis of only promises of benefits. Remember to calculate capital costs accurately.

But because I am an American historian, I also know what California’s answer will be: it will be different this time. It is a new day. That was then; this is now. California and the railroads were both young and foolish in those days. We have seen high-speed rail in France, Japan, and now China. It works. And if the French, Japanese, and Chinese can make it work, certainly Californians can make it work.

This is a tough job for an historian. I need help. I may need my brother, the therapist. Because California is not France, Japan, or China.

Look, I have no desire to save California’s love affair with the internal combustion engine. That is doomed. But I also don’t want California squandering the money needed for schools, universities, infrastructure, hospitals, and the most basic kinds of assistance to the poor on fantasies of a better life on the Silver Streak.

California does not listen. Californians have already voted $9 billion in bonds toward their new life with high-speed rail. It is only a small part of the cost of the system. The federal government supposedly was going to pay most of the rest–but now, apparently not. And once the system is up and going it will pay its own operating costs. We can live happily ever after.

This is serious. California has its children and their future to think about. The accountants say that the California High-Speed Rail Commission has underestimated the cost of the project, overestimated the willingness of investors to put private capital at risk, overestimated the ridership, and miscalculated the cost of servicing the immense debt that will be accrued to build it. They have the system meeting its operating costs, when it most likely will not do so for years and perhaps forever. Servicing the debt alone will put an immense burden on state and local governments when the money is desperately needed elsewhere.

Still, say enthusiasts, love is not about the bottom line. If Californians follow their heart, they will save the planet. But wait. How green is the train really? A group at Global Metropolitan Studies at U.C. Berkeley has tried to calculate the net carbon benefits of the high-speed rail lines proposed for the United States. They have created two models, and in both the benefits of reducing CO2 emissions are quite modest. They assume a reduction of about one percent. And that’s assuming that riders are totally out of their cars and not driving to and from the trains–as they certainly will. Nor do the modelers count the environmental effects of actually building the thing.

But no, California, plug your ears! Where would we be if we listened to accountants or academics with their unreliable models? China has not hesitated, and are we going to let them race into the future ahead of us?

High-speed rail can be happy without us. It still has Paris and Tokyo. It may very well find a future between Boston and Washington DC. But it is too rich for our Californian blood and not suited to our conditions. We have plenty of other challenges.

Richard White, a professor of American history at Stanford University, is author of Railroaded: The Transcontinentals and the Making of Modern America.