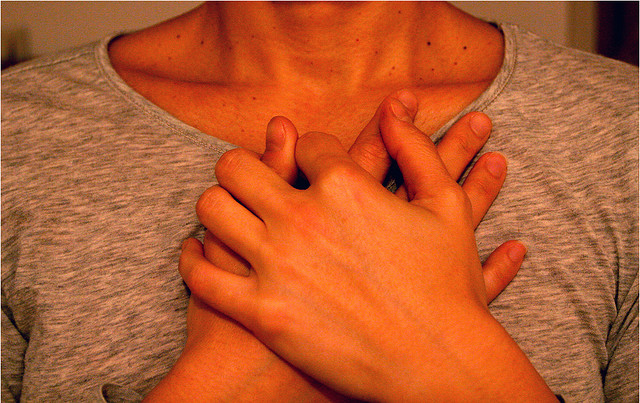 Two thousand years ago, the Roman philosopher Seneca described the symptoms of asthma. An acute attack of the condition, although usually brief, was worse, he insisted, than any other disease since it was like a “rehearsal for death,” a form of breathing difficulty that led patients to fear that they were drawing their last breath.

Where symptoms are concerned, little has changed since Seneca’s time. The cardinal symptoms of asthma–respiratory distress, wheeze, and cough–remain the same. The anxiety suffered during attacks echoes Seneca’s description of “gasping out your life-breath.” My experience of watching my sons struggle to breathe, as well as my own episodes of acute asthma, closely match Seneca’s account. So do the experiences of asthmatics through the ages, from ancient to modern.

In other ways, much has changed about asthma since the Roman period. Most striking is the transformation in the frequency and severity of the condition. Until the early 20th century, asthma was an uncommon and mild condition that, in spite of the fears that it generated in sufferers, rarely led to death. Most Western clinicians regarded the condition as compatible with a long and healthy life. During the last hundred years, however, the distribution and significance of asthma have altered dramatically. The prevalence of the disease has risen steadily across the world. By the year 2000, approximately 5 million Britons and 15 million Americans suffered from asthma. Similar patterns were evident in developing countries: according to the World Health Organization, asthma afflicted 300 million people worldwide in 2006.

Also, as the recent heartbreaking death of the Pulitzer Prize-winning journalist Anthony Shadid makes clear, asthma can no longer be considered a mild condition, as it was prior to the mid-20th century. It’s now a disease that can and does kill. Asthma is responsible for approximately 200,000 deaths worldwide each year. In spite of dramatic improvements in the management of asthma, the epidemiological pattern and clinical severity of the disease appear to have shifted substantially in the modern world.

How can we account for these transitions? Why has the prevalence of asthma increased, and why has it become more deadly? We don’t fully know. In part, the rising prevalence of asthma may be the result of improved diagnosis and greater awareness. However, this cannot be the whole story, since the severity of the condition also has increased. Substantial changes in our environment and lifestyles have probably increased our exposure to allergens and irritants that trigger attacks. Rising levels of vehicle pollution, increased concentrations of house dust mites in carpeted, centrally heated and insulated homes, dramatic shifts in diets, more sedentary lifestyles, and the psychological stress associated with hectic modern lives all may have contributed. Underlying these trends is an increase in allergic reactions of all types: modern populations appear to be more sensitive to environmental triggers such as animals, foods, and pollen.

While epidemiological research has uncovered many of the most likely environmental triggers of asthma, isolating the precise cause in individual patients is more difficult. As my family discovered on holiday in Wales a few years ago, our youngest son’s asthma is exacerbated primarily by cats. My own asthma is more often generated by exposure to certain plants or dust. Asthmatics cannot merely manage their symptoms; they must also learn what allergens or irritants to avoid. In Anthony Shadid’s case, it was reported that immediate exposure to horses, to which he was severely allergic, caused his death.

Paradoxically, the severity of asthma appears to have increased in the face of substantial improvements in treatment. In the past half century, the management of asthma has been revolutionized. New preventative steroid inhalers, more selective bronchodilators or relievers, the availability of nebulizers at home and in the hospital, and greater attention to early diagnosis have eased the lives of asthmatics. Certainly, the range of hospital support and medication available to my sons far surpasses what was available to me during the 1960s and 1970s. The development of novel immunological tools may further transform the lives of patients with severe and fragile forms of asthma, and improved management already seems to be reducing the number of deaths from asthma.

With such an abundance of effective medical treatment, many of us forget the power of disease. Particularly in the West, we have become accustomed to being able to cure or prevent many acute illnesses or to manage most chronic conditions. Infectious diseases have largely retreated; the range of remedies for chronic inflammatory or degenerative conditions, including heart disease and arthritis, has increased; and modern surgical skills are exceptional. Even the fear of cancer is being slowly allayed by improved diagnostic and therapeutic approaches. We live longer and generally healthier lives than our ancestors, and we have access to a greater range of effective treatments than earlier generations.

However, our confidence can be our downfall. Diseases can change, and so can their impact. At one level, modern asthma is recognizably the same disease as its ancient counterpart. It continues to render patients breathless and anxious just as it did with Seneca. At another level, in the wake of dramatic changes in the modern environment and modern lifestyles, asthma has become a killer. That doesn’t mean we should panic. As the number of successful international athletes with asthma suggests, you can be asthmatic and healthy. But it does mean we should remain vigilant. The loss of Anthony Shadid should remind us not only of our limited capacity to control disease but also of the stubborn and appalling uncertainty of life.

Mark Jackson is a professor of the history of medicine and director of the Centre for Medical History at the University of Exeter. His books include Allergy: The History of a Modern Malady and Asthma: The Biography.