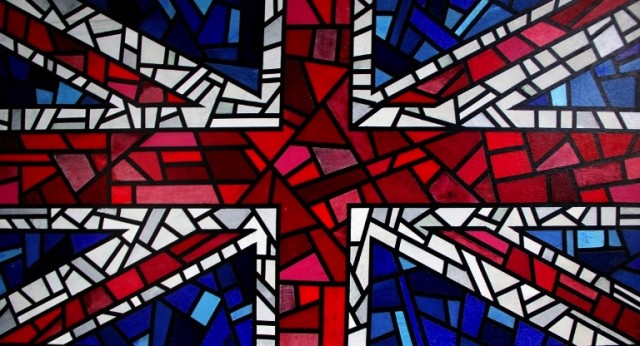 Worried about the fate of the Western world? Then forget about Muslim fundamentalism, and put aside your fear of rampant globalization. But do keep an eye on Scotland.

That’s right, all our fears of bloody, clash-of-civilizations strife notwithstanding, Scotland’s peaceful Independence Movement from within could be a more powerful blow to the West than anything coming from the outside. The movement, which Scottish journalist Neal Ascherson has called “an instinct, rather than a formed idea,” is on the verge of putting secession from the United Kingdom on the Scottish ballot as early as 2014.

With any luck, however, Britain’s campaign to keep the U.K. together will hold clues for other jittery Western nations on how to shore up their own fraying centers.

That campaign began in earnest two weeks ago in Edinburgh, where British Prime Minister David Cameron delivered an emotional appeal to Scots not to abandon the idea of greater Britain. The address–which sought to capture hearts as well as minds–was in sharp contrast to the rigid, decidedly ungenerous speech Cameron gave a year ago this month at the Munich Security Conference.

In Munich, Cameron argued that British multiculturalism bred homegrown terrorism. He proposed steeping newcomers, especially young Muslims caught between cultures, in a “muscular liberalism,” in Western values of “freedom of speech, freedom of worship, democracy, the rule of law, equal rights regardless of race, sex, or sexuality.” It’s this constellation of political ideals, he argued, that provide “a clear sense of national identity that is open to everyone.”

Cameron’s conclusions were nothing if not logical. But that’s what made them so maddeningly incomplete. The ideals and freedoms that Cameron claimed could conquer the “rootlessness” among some British Muslims–and extremism–hardly constitute firm roots. That’s because traditional political liberalism is essentially a collection of abstract ideas, and, when push comes to shove, abstractions simply aren’t as effective as bloodlines and religious ritual when it comes to bringing people together. As worthy as they are, ideals don’t keep diverse groups of people together without the aid of some sort of emotional glue, something on the order of kinship.

Of course, Americans like to think it’s our values that put the unum in our pluribus. But U.S. national unity was built as much by wars, external and internal enemies, and the defense of whiteness as an ethnic identity as it was by shared belief in our core political values.

Exalted ideals notwithstanding, Western democracies have historically fallen back on whatever tribal, religious, or ethnic solidarity they could drum up to solidify their identities.

Fortunately, somewhere along the road to Edinburgh, Cameron dropped his haughty tone and thought it wise to endear himself to the folks who might pull out of the union. Sure, the prime minister checked off the economic benefits of remaining part of the United Kingdom. (He threw a jab when he acknowledged Scotland could survive on its own since “there are plenty of small, independent national states of similar size or even smaller.”) But he also refused to reduce the United Kingdom to “the lowest common denominator” or “some sort of deal.”

Yes, Cameron said, the U.K. was about shared values, but it was also a “precious thing” that nurtured people in an increasingly risky and atomized world. “Whether in Edinburgh or London,” he said, “the United Kingdom is a warm and stable home that billions elsewhere envy.” In his first salvo in the effort to hold onto Scotland, Cameron had injected love into the practice of nation-building.

For the past decade, many Westerners have found perverse comfort in scapegoating fifth-column foreigners for our fraying social bonds. Here in the U.S., in a paranoid effort to safeguard Judeo-Christian values, more than a dozen states are considering outlawing aspects of Sharia law, as if creeping Islamism were the divisive threat in places like Oklahoma. But the possibility of an independent Scotland calls our attention to a much more plausible and uncomfortable truth: that Western nations are losing the confidence of their native-born populations and imploding from within.

Britain’s campaign against Scottish independence will not be targeted solely to Scots. It will also invariably include an aspect of internal reappraisal for Brits in England, Wales, and Northern Ireland. Likewise, while the U.K. could easily survive without Scotland, even a peaceful divorce from a 300-year-old partner would stir a crisis in confidence.

Odd as it sounds, Americans, intensely divided as we are along cultural and ideological lines, can only envy the situation the Brits are in. Stripped of a foreign menace to distract–or unite–them, Britons will have to sit down and evaluate the meaning and value of their country, their union. They’ll have the opportunity to calmly appraise what it is that ties them altogether. And, finally, like an old married couple who’ve seen happier days, they’ll get to ask each other, point blank, in their “warm and stable home,” whether there’s enough love there to keep them together.

Gregory Rodriguez is founding director of Zócalo Public Square and executive director of the Center for Social Cohesion at Arizona State University.