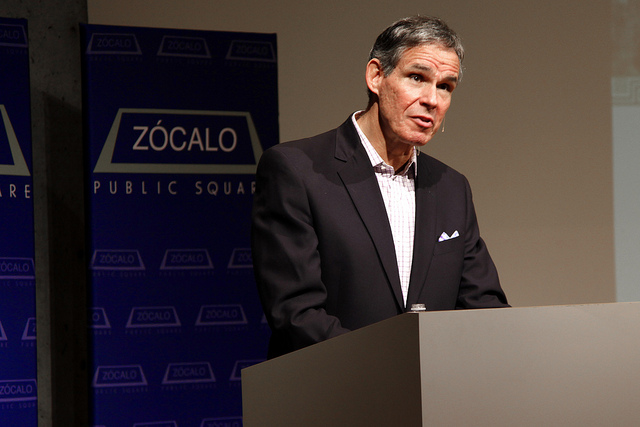 We are on the cusp of a new scientific revolution that is going to destroy–and rebuild–healthcare as we know it. The technology for it already exists, according to Eric Topol, author of The Creative Destruction of Medicine: How the Digital Revolution Will Create Better Health Care. But, he told the crowd at an event sponsored by the California HealthCare Foundation at MOCA Grand Avenue, making proper use of this technology will require a push from consumers.

When Topol finds fault with present-day medicine, he does so as an insider. He is a cardiologist and also director of the Scripps Translational Science Institute. As Topol sees it, the medical establishment works with a digital infrastructure that hasn’t changed much since the invention of the personal computer. The past decade has changed the way we live and work–even who we are (we’re become a species of “homo distractus,” joked Topol)–yet it hasn’t affected healthcare, which is in desperate need of repair. 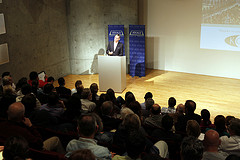 Today’s supercomputers can process a tremendous amount of data at rapid speeds–IBM Watson can process 2 million pages of content in 3 seconds, for example. Some hospitals are already using Watson to deal with challenging diagnoses and complex genomic data. “Why shouldn’t every patient eventually have computers like this working for their health?” asked Topol.

The cholesterol drug Lipitor–the number-one prescription drug in the world–is an example of a treatment that’s wastefully applied. The drug is prescribed to a large population, but it only reduces the chances of a heart attack for one in 100 patients. People take Lipitor for decades without deriving any benefit. Similarly, all women are screened yearly for mammograms after age 40, even though most have no risk of developing breast cancer for the rest of their lives. Topol estimated that we spend $100 billion per year on unnecessary prescription drugs.

It doesn’t have to be this way. “We can switch population medicine to individual medicine using new tools that we didn’t have before,” said Topol. We have products that measure how much exercise we’re getting and send the data to a smartphone. We even have headbands that can detect our brainwaves as we sleep to calculate what phase of sleep we’re experiencing. (“I started using it, and the first thing I noticed,” said Topol, was that “my wife comes into the room and looks at the [brainwave reading] and says, ‘Eric, I know you’re awake, and I just want to talk!’”) 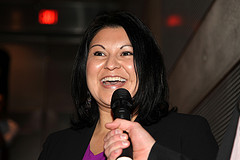 Topol used an audience member volunteer to demonstrate how sensors on his iPhone can take a cardiogram. It’s a neat stage trick, but it has turned out to be a lifesaver, too. Topol was on a plane that had just reached altitude when a fellow passenger complained of chest pressure and nausea. He performed a cardiogram on his phone and was able to make a definitive diagnosis: the person was, undoubtedly, having a heart attack, and they made an emergency landing as a result.

The smartphone possibilities don’t end there. For a couple dollars, a smartphone add-on can help you get a pair of glasses made. Or, using the phone’s camera, you can take a picture of a skin lesion and get back a report without having to see a dermatologist. “These powerful computers in your pocket have enormous capabilities–and that’s just scratching the surface,” said Topol. Wireless monitoring isn’t going to put hospitals out of business–we’ll always need to go in for surgeries and serious illnesses–but for a lot of other conditions that used to require overnight stays, patients can now be monitored much more cheaply in the comfort and safety of their own homes.

The digital revolution is also changing genetic sequencing. Right now, a whole human genome–6 billion letters–can be sequenced in 15 minutes for $1,000. And it’s only going to get faster and cheaper. People with unknown diseases have been saved by sequencing already. And cancer patients have the potential to benefit, too. “We can sequence the tumor and the mainline DNA and find out what went off track,” said Topol. “If you can find the driver mutation or pathway, then you can have a drug that precisely matches it.” Such treatment is both efficient and effective. Gene sequencing can also help with matching patients and drugs; no two humans have the same genomes (not even identical twins). “We have the tools now to be able to define each individual in a way we could never do before,” said Topol. “We can even develop new drugs and new diagnostics with the information from one sequence.” 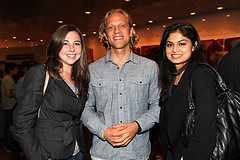 Topol’s patients have already benefitted from his embrace of digital technology. “I haven’t used a stethoscope to listen to the heart of a patient in over two years,” he said. “It’s useless–it’s totally obsolete.” Instead, he puts a pocket ultrasound on his patient’s chest, and in a minute he can see every aspect of the heart–strength, muscle thickness, and, of course, the heartbeat. Counterintuitively, this technology also creates more intimacy between doctor and patient. Patients often don’t receive the results of a traditional ultrasound or get a report from a technician over the phone. With the pocket ultrasound, Topol can show the patient her heart and discuss his findings as they come in.

Most doctors, however, are still using stethoscopes. They are notoriously resistant to change. In fact two decades went by after the invention of the stethoscope before doctors started using it. That’s where consumers come in. They can demand new technologies and more access to information from their doctors. “We have a rare opportunity going forward,” Topol concluded. “We just have to make it happen.” 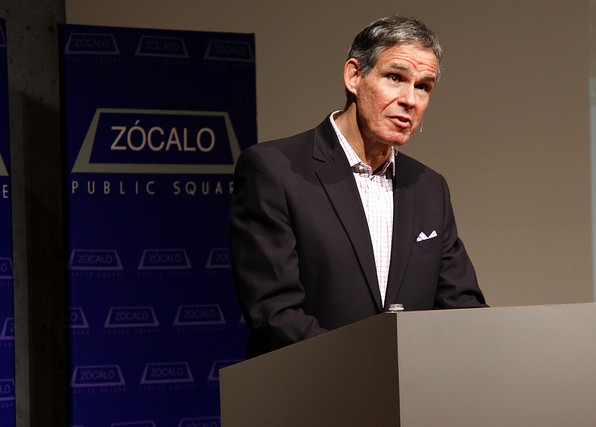