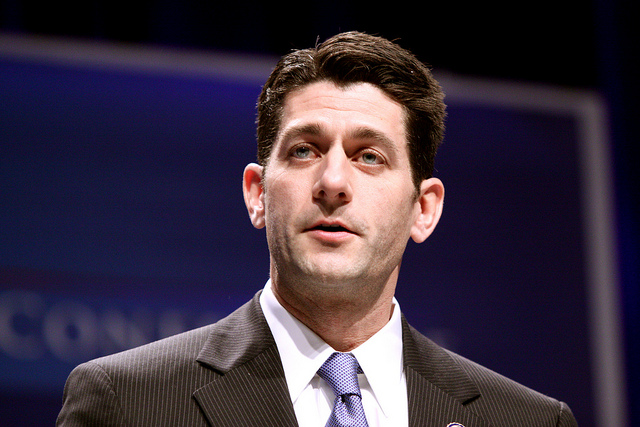 Enacted in 1965 and implemented in 1966, Medicare, which largely covers the healthcare costs for America’s seniors, has become one of the federal government’s most beloved programs. It’s also one of the most expensive. In 2011, outlays came to $486 billion, about 14 percent of federal expenditures.

Everyone knows Medicare needs to be set on a sustainable course, but partisan exchanges about how to achieve that have become increasingly sharp. This election season, Republicans have accused President Obama of cutting Medicare, while Democrats have accused Republicans of intending to end Medicare altogether. The rhetoric heated up further when Republican presidential aspirant Mitt Romney chose Congressman Paul Ryan as his running mate. Ryan is known to favor Medicare “vouchers,” with which he contends seniors could shop around for private insurance, as a remedy for Medicare’s presumed unaffordability. Democratic figures charged that vouchers would “end Medicare as we know it,” and New York Times columnist Paul Krugman has dubbed Ryan’s ideas “Vouchercare.” So what’s the truth of the matter? Is Medicare really unsustainably expensive—and are vouchers a viable means of addressing its fiscal challenges?

Before diving into the fray, let’s first briefly lay out how Medicare works. Medicare has four “parts”: A, B, C, and D. Part A provides hospital insurance, using social insurance methods to finance the program—i.e. taxes on wages and salaries. Part B provides physician insurance, drawing on federal taxes and premiums paid by seniors, the disabled, and those requiring kidney dialysis. Part C, introduced in 1997, allows Medicare beneficiaries to receive their benefits through private insurance plans. Under Part C, beneficiaries can enroll in “Advantage” programs, which initially were set up for group practices that combined the financing and delivery of care in one organization. Part D, enacted in 2003, covers the costs of some prescription drugs.

Since 1966, Medicare has expanded in enrollment, complexity, and costs. Medicare’s overall outlays will only increase, but for two quite different reasons. The first is demographics. The proportion of the US population over 65 is expected to rise by 50 percent between 2010 and 2030, and the proportion of those under 65 will necessarily shrink. An even higher percentage of Americans will therefore shift from private insurance to Medicare, which prompts dark warnings from those who oppose any growth of government. For defenders of Medicare, the fact that the country will have more seniors to cover simply requires increases in Medicare’s revenues and expenditures balanced by lower expenditures elsewhere for healthcare coverage.

This is where Paul Ryan and vouchers come in. Vouchers are fixed sums of money that can be spent only for a specified, limited purpose. Ryan’s idea is to give Medicare beneficiaries vouchers with which to buy health insurance on the private market. Instead of serving as a direct insurance provider, the federal government would provide each Medicare beneficiary with some fixed dollar amount—say, $10,000 a year—that he or she could use to shop around for different health plans.

Supporters of this idea see several advantages to it. The first is that the federal government would have a limited annual budget instead of an open-ended commitment to pay for as much care as its beneficiaries receive. Medicare’s budget would become a matter of much simpler arithmetic: the average voucher amount, set by Congress, times the number of beneficiaries. The second benefit, supporters say, is that vouchers would help contain medical inflation, because the government wouldn’t write blank checks to healthcare providers but instead allocate fixed sums that would cover health-insurance premiums paid to private insurers. The resulting competition among insurers would not only restrain healthcare inflation but also, thanks to lower federal outlays, help to reduce the federal deficit.

To see how Ryan’s plan might look in an ideal world, imagine Fred, age 70, who has $10,000 with which to purchase health insurance. He can choose a plan from Aetna or Kaiser or Cigna, each plan with different benefits and limits. His choices would, in short, be much like those most people under 65 have today. While healthcare costs would be substantially covered, there would be no blank check. All of Medicare’s beneficiaries—people like Fred—would be active consumers, using their vouchers to select the firms that respond to their demands. Because insurance firms would compete for customers on price and quality, the rate of medical inflation would go down.

But that’s in an ideal world. For all the superficial attractiveness of medical vouchers, they come with many problems. For one thing, Fred might be in poor health. Maybe he has diabetes and prostate cancer, and he needs extensive medical attention. No insurance firm in the free market would want to cover Fred, when it could instead take on Bill, age 66, fit and healthy and still playing tennis. To prevent such discrimination, insurers would have to be subject to regulations that would set minimum standards for care and ban discrimination against unhealthy customers. Or else Medicare would have to adjust the voucher sum to the risks of different patients, a task that would be hugely costly and administratively complex. Another problem is that if medical inflation were to increase faster than the value of the voucher in the years to come, Joe’s voucher would buy less and less health coverage and his out-of-pocket costs would increase.

If vouchers would provide enough money to purchase basic Medicare coverage for everyone, there would be nothing objectionable to them in principle. Indeed, beneficiaries enrolled in Medicare Part C, the Medicare Advantage program, already enjoy an analogous arrangement, with Medicare sending payment directly to the beneficiary’s insurance provider. But the history of Part C doesn’t offer much encouragement when it comes to cost savings. Average expenses for those in the Medicare Advantage program have been 10 to 15 percent higher than those for comparable seniors in traditional Medicare. Competition for customers seems to have inflated rather than reduced costs.

Supporters of vouchers also point out that some European countries employ a voucher system, notably Holland (since 2006) and Switzerland (since 1996). Both countries introduced universal health insurance mandates under the banner of “managed competition,” and Dutch and Swiss citizens could use the equivalent of a voucher to select insurance plans. However, while the control of medical inflation was the announced goal, the experiment did not work out that way. Medical inflation increased in both countries.

In sum, the voucher system, as closer examination reveals, would not control medical inflation, simplify administrative complexity, or secure uninterrupted and stable economic protection. That raises the question of why it has become so central to reform efforts by Paul Ryan and his allies. I suspect that the dispute is fundamentally philosophical rather than actuarial. If your view of the proper role of government is far more limited than that of Roosevelt’s New Deal, Truman’s Fair Deal, or Johnson’s Great Society, then you look wherever possible to cede leadership to the marketplace. In short, we are back to the struggles that divided Franklin Roosevelt from Herbert Hoover; Harry Truman from Thomas Dewey; Lyndon Johnson from Barry Goldwater.

A telling example of the divide emerged last spring with a proposal by Senators Tom Coburn (R-OK) and Joe Lieberman (I-CT) to raise the age of Medicare eligibility from 65 to 67. As the Kaiser Foundation pointed out, that would trim expected annual federal expenses by $7 billion per year, but it would also increase total actual annual outlays for those over 65 by $10 billion dollars. In short, the “reform” just shifts costs to the elderly and their private insurance and does nothing to stem medical inflation.

A more defensible proposal for reforming Medicare would begin by reasserting its fundamental social insurance aims: protecting elderly Americans and their families from the costs of medical care, financing healthcare from reliable sources, and providing a common benefit that treats seniors with similar ailments similarly. The pressure of an increased number of senior citizens means that more of our collective funding must be spent on their coverage, but this need not be a crisis. Between 1980 and 2000, the countries of northern Europe—Norway, Sweden, Germany—experienced an increase in their elderly populations comparable to what the United States will face between 2010 and 2030. None of these nations had to transform their national health systems to cope with the demographic changes. What all of them did have to do was hold their medical care systems to a budget, with annual negotiations to adjust agreements and keep healthcare affordable. That’s simple to say and hard to do. But the sooner we start doing it, the better.

Ted Marmor is professor emeritus of politics and public policy at Yale. His most recent book, with Rudolf Klein, is Politics, Health and Health Care.