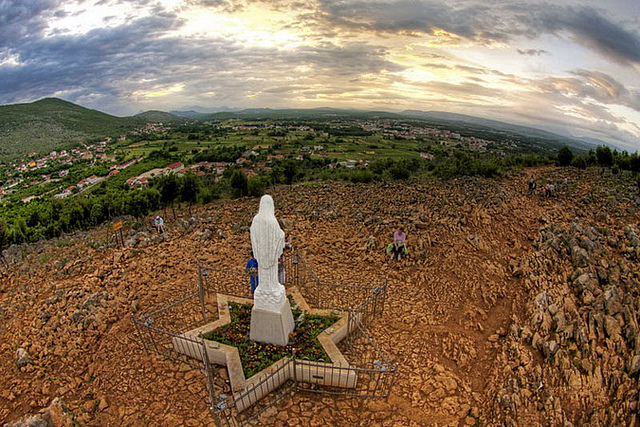 I want to see your face, not just your words,
but I know I will be disappointed.
What kind of a face could you have
that would not disappoint?
I made squash soup the other day.
It was too bitter so I added more sugar,
then too sweet so I added more salt,
then too salty so I threw up my hands
and asked you what to do.
Your face swirled briefly in the broth
before sinking back to the bottom of the pot
where apparently it lives
like a species of crab that only comes to the surface
to breathe once a month.
In that brief moment you gave me that look that says fuck it
so I did nothing and the soup was pretty good
although nothing to write home about.
When I backpacked through Europe
long before most people knew about the internet,
I wrote home about a lot of things
although none of them so important
that I had to write home about them.
I kissed any girl I could, and probably
would have written home about that
if I had actually written home about the things
that mattered most to me. I fell into the face
of any girl who would let me. I thought
this is how it’s done: you just fall into their faces.
Some let me. Some didn’t. It didn’t matter much.
Was I looking for you in their faces?
No, my eyes were closed.
Was I looking for you in the dark swirl
behind my eyelids? In the breasts I kissed?
The thighs I ran my fingers along?
Why don’t people talk more about the interweaving
of sex and religion? Your naked body
pulled off the cross and washed by Mary Magdalene
before you arose from the dead.
All the biblical figures, from the New and Old Testament,
imagined by painters with the wind blowing the clothes
off their backs. They were all so frustrated
because they longed to see your face.
They look like they could fuck each other
over. I want to see your face now
but know I never will. I know your secret.
You have no face. No more than
a lake has a face, or a bowl of soup.
and it’s best that way.