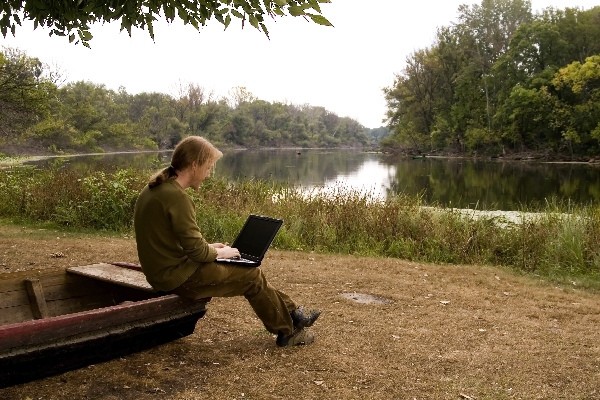 Is technology about to transform higher education, much as it has retailing and media? Silicon Valley and universities of all types are excitedly and warily assessing the potential and perils of online distance learning. As the technology of “massive open online courses” (aka MOOCs) is refined and the trend gains credibility, no one can be sure just how radically it will alter the business model of traditional universities. Last week, in a milestone, Udacity, a Silicon Valley start-up, announced that it is partnering up with San Jose State University to create a series of open online courses for its students. According to The New York Times, it’s the first time that university professors “have collaborated with a provider of a MOOC […] to create for-credit courses with students watching videos and taking interactive quizzes, and receiving support from online mentors.” On the heels of this news, Fuzz Hogan, New America Foundation managing editor; Katherine Mangu-Ward, managing editor of Reason; Kevin Carey, director of the New America Foundation education policy program; and Amanda Ripley, Time magazine contributing writer and author of the forthcoming The Smart Kids Club pondered the MOOC phenomenon, and what it all means for colleges.

Fuzz Hogan: If cars displaced most horseshoe makers and Craiglist displaced many journalists, who, or what, should fear MOOCs the most?

Katherine Mangu-Ward: Since all these computers performing professorial functions tend to make tenured faculty and their parasitic administrators nervous, the pilot offers a sop: San Jose faculty members will be part of the project as well, calming the jitters of the traditional education establishment—for a minute, anyway.

But frankly, I’m not so sure. The goal is eventually to have hundreds of thousands, perhaps millions, of students enrolled in the best of the MOOCs. They will be the courses that have the most effective lectures, comprehensive material, and useful outputs to demonstrate achievement. Once you get to that kind of scale with online offerings, faculty job security starts to look less ironclad at schools like San Jose State.

Kevin Carey: MOOCs are poised to radically change the price calculus of higher education. MOOC providers behave like technology companies, not universities, setting their prices at the marginal cost of serving an additional customer—that is, zero. This is the same thing Google, Facebook, Twitter, and other such firms do. Last year, millions of students around the world responded by signing up for free online classes endorsed by some of the world’s greatest universities.

A well-regarded public university giving credit for free or inexpensive MOOCs, meanwhile, is like a crack in an enormous dam. When MOOC credits become widely available and the dam bursts, college prices that have been kept high will settle at a much lower level.

The most vulnerable college employees will be adjunct professors and scholars who are employed by non-elite universities and don’t work in fields that have access to ready external grant support. Unavoidably, the online higher education story will follow the familiar pattern of technological advances replacing labor with capital. This will be a great net benefit to society and the cause of higher learning in the long run, but—as has already been the case in other industries—we face the prospect of serious displacement of higher education workers in the short- and mid-term.

Fuzz Hogan: Now that we’ve determined certain faculty are threatened, which schools are threatened? Which institutions will survive by offering a differentiated value beyond these MOOCs and which won’t?

Amanda Ripley: Very selective—and very unselective—colleges will survive and even thrive in the age of the MOOC, I suspect. I say this with confidence partly because Kevin thinks so, too, and Kevin knows way more than me about this. But also because of what students themselves have told me.

A while back, I interviewed two 11-year-old kids who were taking a Udacity physics course online from Lahore, Pakistan. These kids, twin brother and sister Khadijah and Muhammad, were rocking this college-level course—and it was not an easy class.

Basically, they were the ideal MOOC students: curious, driven, and smart. So one day, I asked them if they would ever consider getting a college degree from a MOOC—if such a thing became possible. Without hesitation, both said “No.” They had a dream, and it wasn’t virtual: “I would still want to go to Oxford or Stanford,” said Khadijah, the girl. “The reason is that I would love to meet my teachers in person and learn with the whole class and make friends, instead of just being there in spirit.”

Around the same time, I asked a group of students taking a bricks-and-mortar physics class at the University of the District of Columbia the same question. “No way,” they answered in unison. They wanted to have a live professor there—answering their questions, reminding them to turn in their homework and ordering them to silence their cell phones. So it seems to me that the colleges at the high end and the low end of the spectrum are not going anywhere.

The colleges in the middle, though—especially the for-profit ones that are expensive but not particularly prestigious—will need to work harder to justify their costs. When I checked out a University of Phoenix entirely online physics class last year, I was amazed at how flat it felt. At a cost of about $1,185 per student, it was hard to imagine why so many students would keep enrolling if a comparable class were offered—for credit—for much less money.

Fuzz: What part of this story will you be watching to help you determine whether this has the potential to be transformative, or settle in as a niche product?

Kevin Carey: Two questions loom over the MOOC phenomenon. First, are they any good? Second, would MOOC students ever be able to get college credit? Without credit, MOOCs are like the public library, great for autodidacts but no competition for colleges selling increasingly valuable degrees.  The California experiment means we’re headed toward answers to both of these questions. MOOCs have every incentive to be judged. They don’t have the imprimatur of accreditation or the financial crutch of public funding and financial cross-subsidization. They need to be good to survive.

Amanda Ripley: The marketplace is actually kind of confusing for students. The quality of MOOCs varies wildly, and even though hundreds of thousands of students have now taken these classes and know which ones are terrible, their reviews are only now being collected. (If you talk to regular MOOC users, they will rattle off their best and worst list, however. I personally dropped several Coursera classes because they didn’t exploit the technology and were just kind of meh overall.)

For busy, young people with jobs—and this describes most people in college in the U.S.—it’s challenging to find a comprehensive listing of all the free (or cheap) options that are online, along with rankings of their quality. Once such rankings gain sufficient credibility, it could mark the beginning of a very new day for many middling colleges around the country. …

Katherine Mangu-Ward: Despite the big names affiliated with the projects—who also stand to lose the least, since demand for Harvards and Stanfords will disappear last—these online course providers are struggling with legitimacy. At a time when people believe that a college degree is worth $1 million in lifetime earnings (it’s not, by the by) the clamor for diplomas is louder than ever. Partnerships for credit with traditional universities are a way around that quandary.