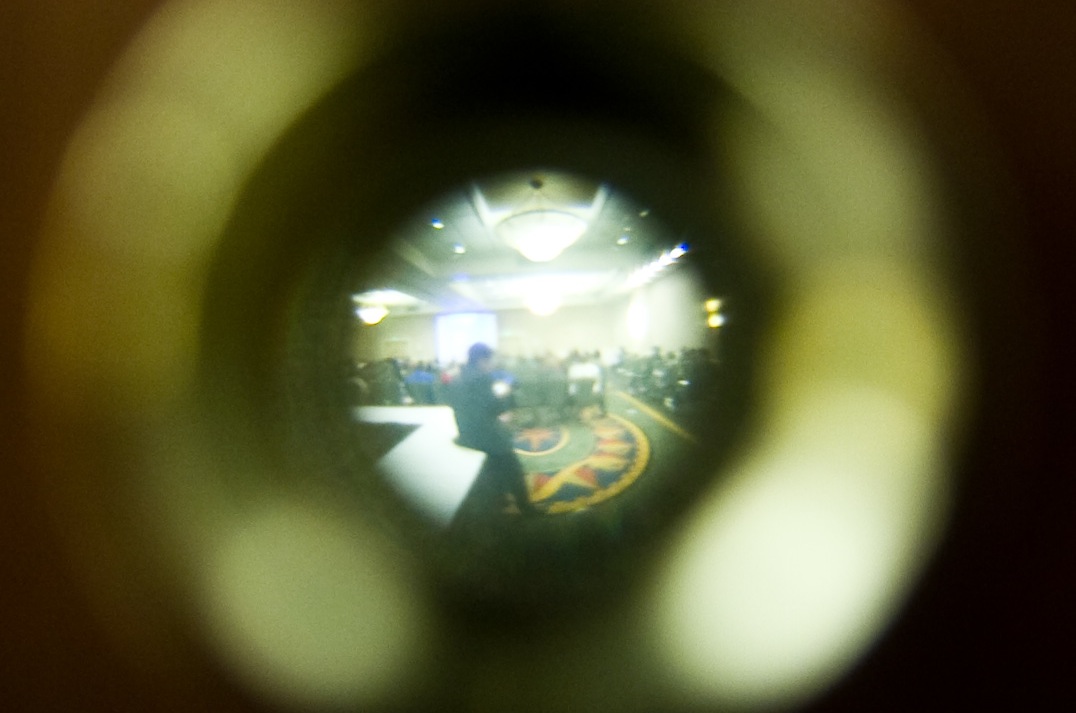 In 2007 I opened an e-mail from an unknown sender. The message greeted me by a nickname known only to family and close friends. I was in Shanghai, unwinding late at night after a long day, pleased to be contacted by someone familiar from across the Pacific. I figured someone close to me must have gotten a new e-mail address. But the note was signed “Eric.” I did not know an Eric.

The message was friendly and chatty, with several attachments, and it contained a proposal: I could pay one million renminbi (about $150,000 at the time), in exchange for which the sender would not forward the attachments to my business partners or competitors. It took me a second—in that out-of-body, as-if-movie-watching state we go to when totally disoriented—to digest what was happening. This was no friendly e-mail from the home front, no business proposition in any traditional sense. This was blackmail, or extortion, or some other noun that I would never associate with my life.

Last week, I read of the infiltration of The New York Times and other media by Chinese hackers, and I can imagine how Times staffers must be feeling. It brought back all too vividly the violation-induced nausea of my own experience with China’s hacker army.

At the time, I was the chairman of a company that was building shopping centers in China. The company was a partnership of three entities: a major U.S. bank, a Chinese state-owned enterprise, and my firm. We were building centers in third- and fourth-tier cities. The anchor tenant was a multi-national hypermarket. Nearly all the employees were Chinese. It was an exhilarating adventure for me, but it was of little consequence politically. The enterprise was building Chinese shopping centers in Chinese cities for Chinese consumers.

Even so, all of our Internet activity was monitored. There was a small modem-like device attached to the primary server in our computer room. It was not terribly clandestine. We were told that the “government” would be restricting access to international news sites and various Chinese sites.

Our Chinese employees were used to this sort of thing. But for my American colleagues and me, the monitoring was a novelty. Although most international sites were accessible, certain stories on news websites were blacked out. When the power or the Internet would go down, we would promptly get a phone call from China Telecom, our service provider. They were on a friendly, first-name basis with our Shanghainese-speaking IT guy. “What’s up?” they’d ask. “Why are you offline?” They feared we would just disconnect the monitoring device, and they wanted to let us know they were paying attention. But I didn’t have anything to hide, so I didn’t give it much more thought.

I looked at the documents that were attached to the blackmail request. There were operating budgets and business plans. There were confidential memos to the senior management of my financial partner, written at their request, reviewing the progress of their projects. There were memos critical of staff. There were e-mails between my own team and me exchanging casual commentary on people and places, frustrations and triumphs. Perfectly appropriate for private consumption, but not for public consumption. Then there were e-mails from my personal account. Some concerned the troubled life of my recently deceased mother.

It’s one thing to tell yourself you have nothing to hide; it’s another to surrender all privacy to a hostile intruder. And if “Eric” had these documents, what else did he have? What else did he know? What else was there to know? Who was doing this? Why? What did other people already know? Was there anything about me they didn’t know, or couldn’t misconstrue to their advantage? The intrusion was like a digital cancer that could expand ad infinitum, nourishing itself on every link and attachment and contact address, jeopardizing the privacy of others as well as my own.

The Times story of January 30 reported that the newspaper had been hacked from Mainland China in an apparent attempt to stymie a Times investigation into the finances of Premier Wen Jiabao. The article quoted the newspaper’s executive editor, Jill Abramson, who sought to reassure readers and sources. “Computer security experts found no evidence that sensitive e-mails or files from the reporting of our articles about the Wen family were accessed, downloaded or copied,” she said. A few paragraphs later, however, the story went on to note: “Security experts found evidence that the hackers stole the corporate passwords for every Times employee and used those to gain access to the personal computers of 53 employees, most of them outside the Times’ newsroom. Experts found no evidence that the intruders used the passwords to seek information that was not related to the reporting on the Wen family.”

That’s hardly consoling. You have to wonder how confident any future confidential Chinese source will feel about approaching a Times reporter. Every employee of the paper had his or her corporate password stolen, and 53 employees had their personal computers penetrated. Once that happens, the hackers have the ability to observe and record everything. And to keep it forever.

The Times article described how the hackers would normally begin their probing at 8:00 a.m. and knock off after eight hours. On the clock. Mundane. Banal. In my case, experts I consulted told me that the hacking probably came from government monitors who wanted extra cash. During office hours they did their monitoring, and after hours they sought to supplement their income with a little freelancing. I wonder how many Times staffers will be contacted by their own “Eric.” I wonder how many of those individuals are having to revisit, as I did, their belief that they have nothing to hide.

The whole process of being hacked and blackmailed was eerily akin to undergoing a diagnostic colonoscopy without any anesthetic, which, relying on dubious medical advice, I’ve also experienced. During that medical procedure, a seemingly endless stream of water entered my body from a hose in, well, you know where, and a steady flow of water exited. A nurse leaned into me and grabbed my stomach to help the hose make turns and find its way onward. A video monitor broadcast the journey in vivid color just above my head. The doctor was quite excited for me to see it. I found it humiliating. Not unlike having everything one has ever expressed on e-mail exposed and probed.

Within a day of receiving the e-mail from Eric, I contacted the U.S. Consulate, the FBI, and the security office of my financial partner (a publicly traded Wall Street bank). I was soon sitting in my office, reviewing the matter with representatives from each entity. They wanted to know everything. They wanted access to all of my files to see what the hackers could see. They wanted to conduct their own digital colonoscopy. Knowing the hacker was inside probing around was already awful. Having the “good guys” in there probing around didn’t feel much better. All privacy, all dignity, all control was lost.

Blackmail was a familiar story to the security experts. Their strategy was to treat the hacker like a bully. Don’t respond to the demands, and find a way to punch him in the nose. Easier said than done. Finally, a law firm representing the bank sent Eric an e-mail. It said that the authorities had been notified, the partners had been notified, and there was nothing to be gained by trying to expose what had already been disclosed. It was a gamble, as I really didn’t want to have the documents or e-mails widely circulated. But it worked. After a few days, I received a message from Eric. He was friendly and warm. He said it was just business; nothing personal. He still used my nickname. It gave me the chills.

In retrospect, I should have known better. Hundreds of millions of Chinese operate on the Internet without any real sense of privacy, fully aware that a massive eavesdropping apparatus tracks their every communication and move. That is their normal. But relegating my experience to the China file—to the concerns of a faraway place—would also be a mistake. With China’s world and ours intersecting online, I expect we’ll eventually wonder how we could have been so naïve to have assumed that privacy was normal—or that breaches of it were news. And Eric, if he’s reading this, probably agrees.