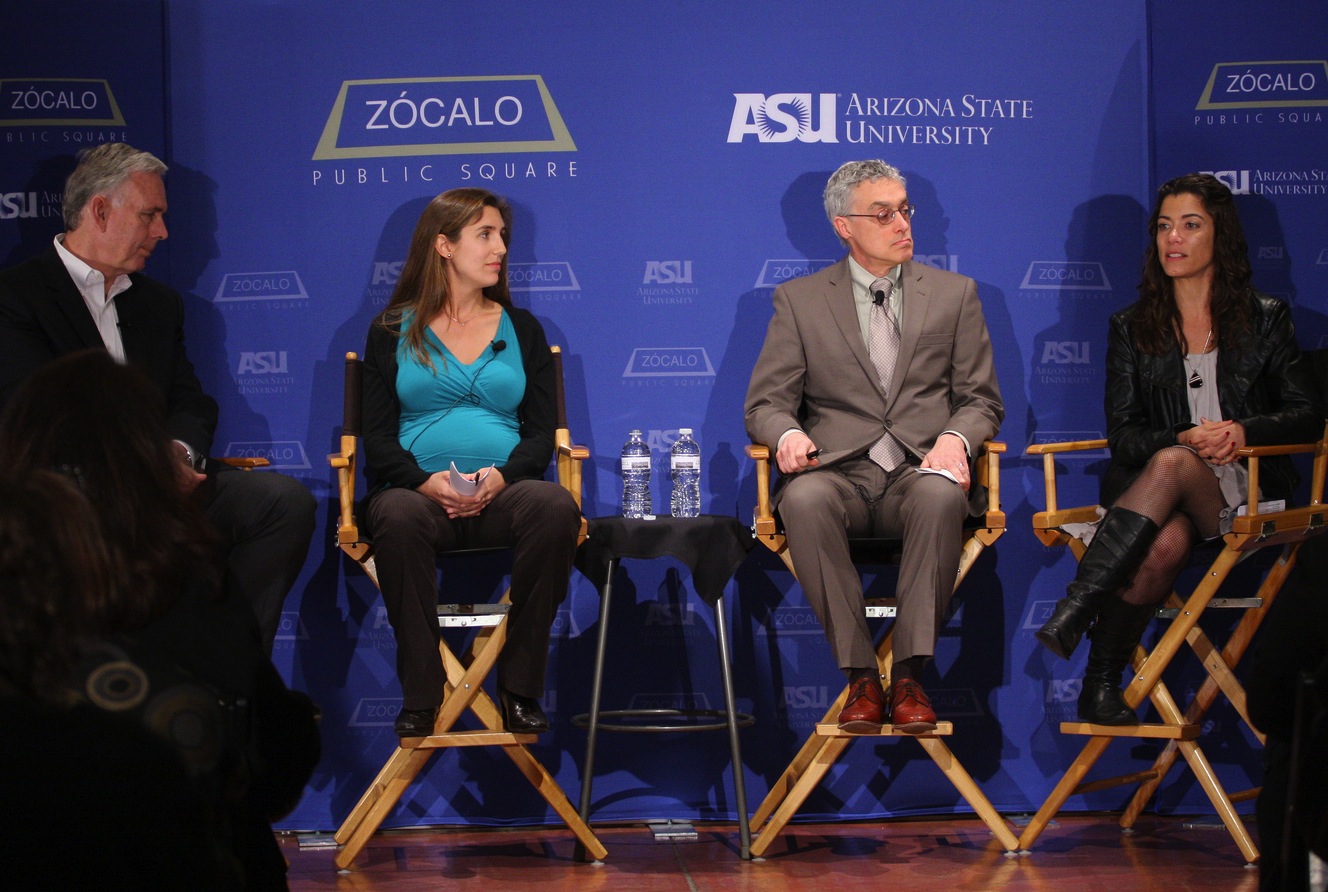 How do we rebuild neighborhoods after the foreclosure crisis, and how do we keep people in their homes? New York Times Phoenix Bureau Chief Fernanda Santos opened a discussion at the Heard Museum in downtown Phoenix by posing this question to a panel of people who have studied and tried to solve the problems caused by the country’s housing collapse.

The question is “a little premature,” said Mortgage Resolution Partners CEO Graham Williams. He believes there are still another 6 million foreclosures coming to the country—in Phoenix, Las Vegas, Florida, and all over California. To Williams, local governments should be focused not just on repairing neighborhoods but on preventing the next foreclosure.

William R. Emmons, an economist with the Federal Reserve Bank of St. Louis, disagreed. It wasn’t the foreclosures that destabilized these neighborhoods, he said. It was the housing bubble. We need to look backward at the mistakes we’ve made rather than forward if we want to solve this crisis and stop the next one.

But perhaps the foreclosure crisis offers us all opportunities, too. Is it possible, asked Santos, that the greater availability of vacant and less expensive homes has given certain people chances they might not have had otherwise?

Emmons said that first-time buyers or people moving up to more expensive parts of the market might benefit, but on the whole neither the original run-up in prices nor the foreclosure wave that followed has been helpful. “What we really want is house prices that rise along with incomes,” he said. “That’s a sustainable pace of growth. That’s what we forgot in the boom.” Places that have boom-and-bust cycles tend to repeat them, he said—which elicited a laugh from the crowd. But if we’re careful and take steps now, this time perhaps the pattern won’t hold.

Santos asked if the housing crisis might be an opportunity for neighborhoods to diversify and give opportunities to lower-income and non-white families to buy homes in more upscale neighborhoods.

Arizona State University geographer and urban planner Deirdre Pfeiffer said that with property values and interest rates at record lows, it could be an opportunity for renters to become owners. But there’s also opportunity for lower-income families to gain a foothold in neighborhoods they could never afford to buy in by renting.

Williams noted, however, that traditional rental neighborhoods as well as neighborhoods with a lot of foreclosures have lower-quality schools, higher police and fire costs, and higher crime rates. They’re not as stable as neighborhoods with high rates of owner occupancy. And when homes are foreclosed on, money leaves a community and goes out to investors instead, weakening the entire economy.

According to a HUD study, said Williams, a foreclosure costs a community $34,000—some of which comes from costs to local government and some of which comes in costs to adjacent homeowners. These costs, he argued, make a collective action to prevent foreclosures even more vital to neighborhood and city health.

The federal government, however, has found it impossible to put through such a collective action, said Emmons. The 2008 TARP program originally included $50 billion that was directed to homeowners to help ease the foreclosure crisis. But only $5 billion has been spent. The discussion of a homeowner bailout, he said, “became politically radioactive” in Washington. The issue of fairness—people not wanting their “deadbeat neighbors” to get government money—became a massive roadblock.

Locally, said Pfeiffer, there has been some collective action in Phoenix, with nonprofits and other housing market actors banding together to help people facing foreclosure through housing counseling and the creation of the Arizona Foreclosure Prevention Task Force.

Williams said that about 15 federal programs have been introduced since 2008 to help people who have loans, and they’ve been somewhat effective. But the money from these programs is going to reduce interest rates—not to deal with the root of the problem, which are loans that are worth more than houses.

Emmons said we still haven’t decided who’s going to pay for the housing crisis. But Williams said that a lot of these loans have been written down already—and the solution lies in city governments approaching bondholders about buying these underwater mortgages.

Is there any way to know, asked Santos, how the housing market stands now?

“You know the market has healed,” said Emmons, “when it’s boring.” That’s when newspapers stop running stories about prices rising and falling, when it’s easy to buy or sell, and when prices are in accordance with salaries.

Another building boom is not the answer, said Santos.

During the audience question-and-answer session, the panelists were asked to talk a little more about renting versus buying. One questioner felt the panel had implied that renters are bad neighbors, while she had found that the renters across the street from her house made fine neighbors—until the investor who owned the home raised the rent.

Pfeiffer said that her research in Chandler, Arizona, showed that the selling of foreclosures to investors versus owners doesn’t have any effect on crime. She added that attaching affordability to sales of houses to investors was one action the government could take to protect renters. Emmons said that stability is also an issue. Long-term leases are more common in other countries, and there’s no reason not to have them in the U.S. as well.

A realtor in the audience asked what she and others can do to help their neighbors who are dealing with foreclosures.

“We need more open discussion,” said Emmons. It’s not about arguing about whose fault the crisis was but about acknowledging the catastrophe and getting past any stigma.

“There’s a real need for homeowner education when it comes to mortgages,” added Williams—and that’s a natural role for realtors to play. The more you can educate home owners about what it means to make a monthly mortgage payment the better for everyone, he said. 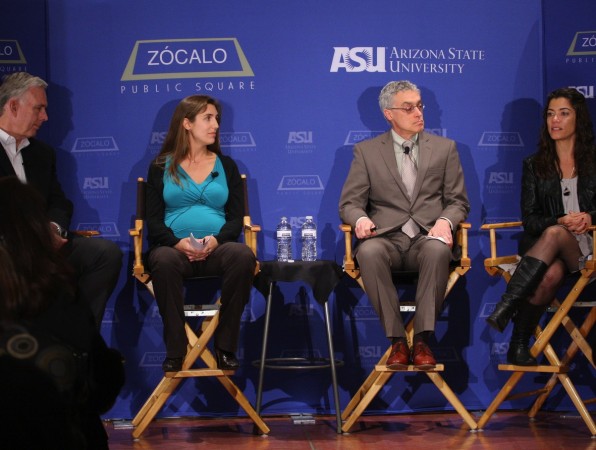 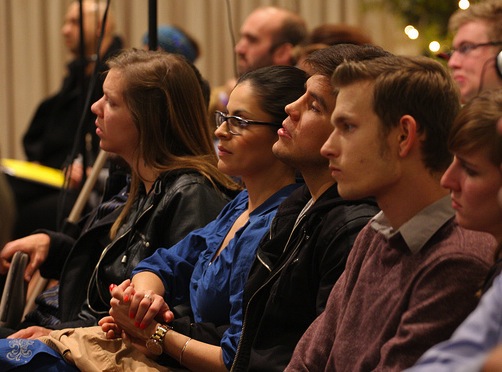 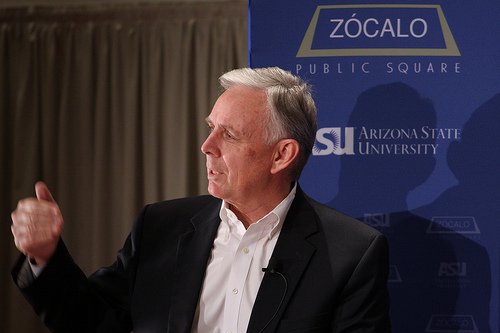 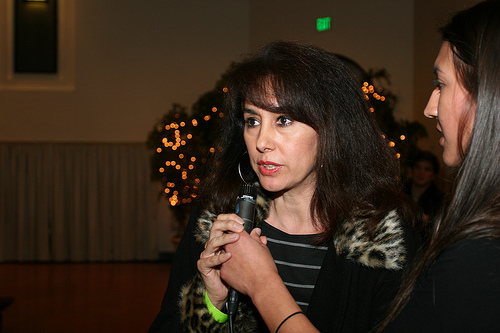 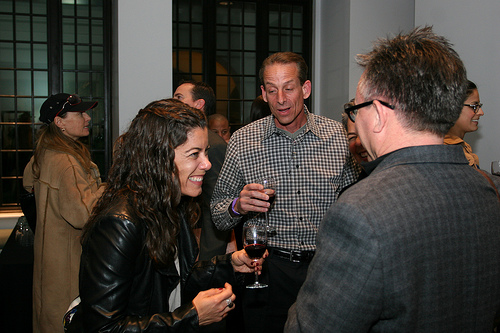 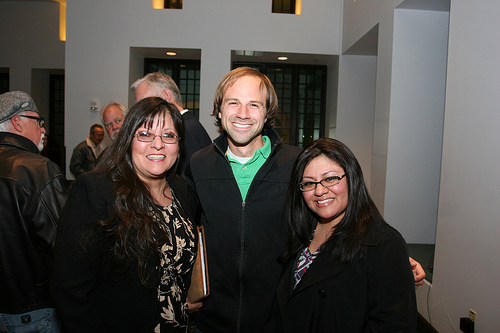