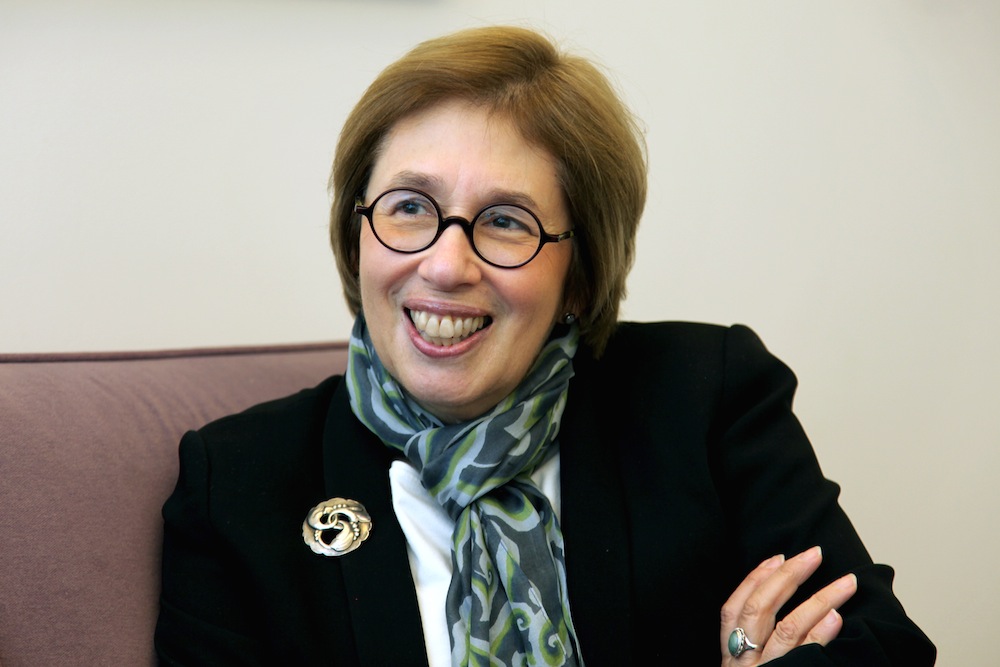 Linda Greenhouse covered the U.S. Supreme Court for The New York Times between 1978 and 2007. Currently, she is the Knight Distinguished Journalist in Residence and Joseph Goldstein Lecturer in Law at Yale Law School. Before talking about where she thinks SCOTUS is headed next, she sat down in the Zócalo green room to dish about what she doesn’t miss about life at a daily newspaper, what she wishes she had asked the justices when she was on the Supreme Court beat, and how she deals with inner conflict when it comes to the Harvard-Yale rivalry.

Currently it’s “so you say.”

Wondering how I’m going to get everything done I’ve agreed to do.

What question do you wish you had asked one of the justices when you were covering the Supreme Court?

I guess I would like to ask the justices to tell me about votes they cast that they came to regret.

Who was the last person to make you laugh?

Which team do you root for when Yale plays Harvard?

That’s a real problem for me. I grew up in New Haven, I’m a townie, daughter of a Yale graduate, so I grew up rooting for Yale. Then I went to Harvard, now I teach at Yale. So I just avoid this problem by not going to games.

What dessert can’t you resist?

If you could be any animal, which would you choose?

I guess a horse. Because I’m kind of a horse fan, and I think they’re beautiful and kind of mysterious.

What don’t you miss about working at a daily newspaper?

I don’t miss having to account for my time basically every minute of the day. The last year I was working at the Times, around January they sent out a memo that said, “If you want to take off the Friday after Thanksgiving, put in a bid for it now.” At that point I was 61 years old, and I thought, do I really have to do that? I’ve been here for 40 years, do I really have to ask permission to take off the day after Thanksgiving? And I thought, probably not.

What television shows do you watch, if any?