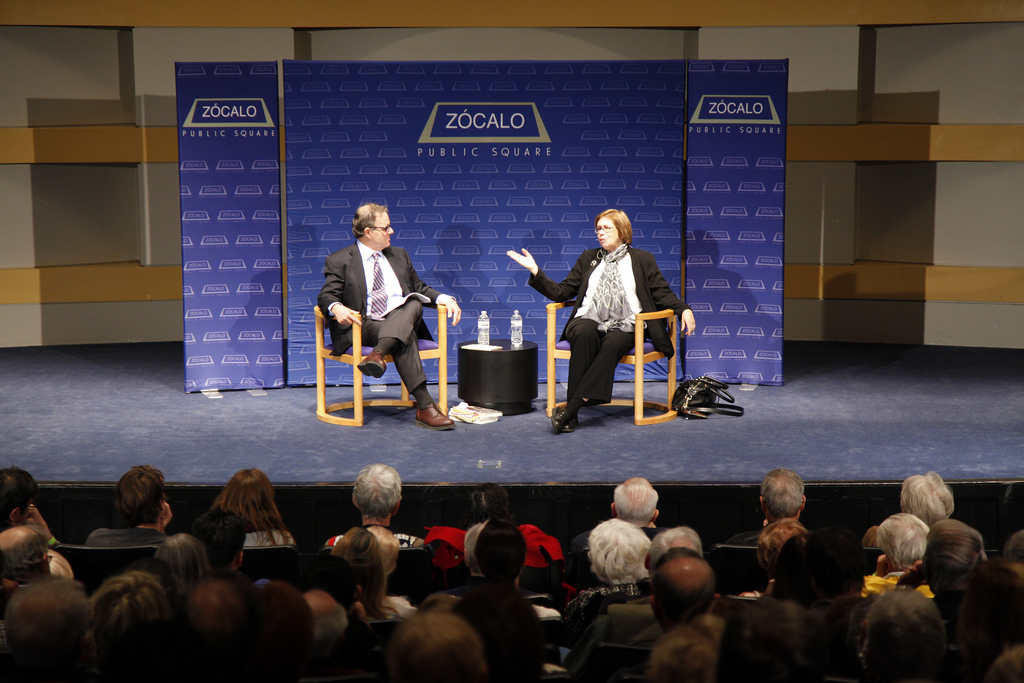 In three decades of covering the Supreme Court for The New York Times, Linda Greenhouse wrote about 2,700 cases. In front of a large crowd at the Skirball Cultural Center, Greenhouse—now the Knight Distinguished Journalist in Residence at Yale Law School—spoke with fellow legal journalist turned scholar Henry Weinstein, a professor of law and literary journalism at UC Irvine, about some of the court’s landmark cases throughout history and its role in American life today.

It’s been almost exactly 40 years since the Roe v. Wade decision came down; why, asked Weinstein, has a decision that was supported by seven of the nine justices in 1972 since caused so much uproar?

Greenhouse noted that when Roe came down, “there wasn’t much of a brouhaha.” The court seemed to be following a national consensus. Newspapers in Texas, where the law was overturned, praised the decision, as did newspapers in Georgia, where the court also overturned an abortion law in a companion case. Three years later, John Paul Stevens was confirmed without being asked any questions about the case, and even Jerry Falwell didn’t preach a sermon against abortion until 1979.

But the Republican party saw the case “as an opportunity to use the abortion issue in the service of party realignment,” Greenhouse said, and to make a play for northern, urban Catholic voters.

So what role, asked Weinstein, does this body of nine people play in our system of government?

Greenhouse said that the court is faceless—according to most polls, no one knows who the justices are. Yet they take up “some of the toughest issues in our society.” She said she doesn’t have a sound-bite definition of the court, which she thinks is many different things. But she does believe that ordinary American citizens—not just journalists—have an obligation to follow the court and to come to independent, informed conclusions about it.

Weinstein asked Greenhouse what she thinks makes a great justice—and if any of the current justices are or have the potential for greatness. Greenhouse said that contrary to popular belief, geniality doesn’t go that far on the Court. “I think what moves members of the court more times than people realize is the power of ideas,” she said. She thinks the current justices—“pound for pound”—are as smart as any court we’ve ever had. But they’re not on the bench in a time for greatness, and they’re not taking on the cases that great law is made from. “Maybe that’s a very diplomatic way of answering your question,” she admitted.

After the Robert Bork hearings, said Weinstein, will we ever get candor from potential justices? Greenhouse expressed optimism on this front, noting that Stephen Breyer and Ruth Bader Ginsburg’s confirmations, both post-Bork, were almost unanimous. Confirmation battles largely reflect the times. Republican votes against Elena Kagan and Sonia Sotomayor, she believes, are the result of back-room dealings by Mitch McConnell and the NRA, which she said plays an outsized political role in the process.

Greenhouse spoke about two upcoming decisions—on the Voting Rights Act of 1965 and affirmative action—that she believes are part of an agenda by the Roberts court to get the government out of the role of counting people by race.

Although the Voting Rights Act has been overwhelmingly reaffirmed by Congress and was upheld by the Supreme Court three years ago, the court is now considering the constitutionality of a provision that requires certain parts of the country to get permission from the Justice Department or the courts to make changes to voting procedures. Greenhouse thinks the court will rule that Congress can’t treat different states differently and will instruct the legislature to come up with new rules. Fisher v. University of Texas is a challenge to affirmative action that the court is considering voluntarily, and while Greenhouse doesn’t think the justices will eliminate affirmative action outright, she doesn’t think they will uphold the Texas law, either.

In the audience question-and-answer session that followed, Greenhouse was asked to address a number of subjects. Do Supreme Court justices recuse themselves enough and offer enough transparency? Greenhouse said she thinks justices should recuse as little as possible, and she’s satisfied with the status quo: “They’re transparent enough for my taste.”

Did Chief Justice Roberts change his view on the Affordable Care Act during the course of deliberations—and, if so, why?  Greenhouse said she thought he’d upheld it because of concern about severability; if the individual mandate was struck down, too many other parts of the law would be struck down as well.

How will the justices will rule on Proposition 8? Greenhouse said that while she’s fairly confident the Court will strike down the Defense of Marriage Act, “there’s many ways they could go” with Proposition 8, including punting it due to jurisdictional issues.

In the final question of the evening, Greenhouse was asked for her opinion on lifetime tenure for federal judges.

She said it’s one way of guaranteeing judicial independence. But while democracies around the world have borrowed many aspects of our legal system, not a single one has life tenure for judges on its highest courts. “I think it’s worth having a citizens’ conversation about,” she said. 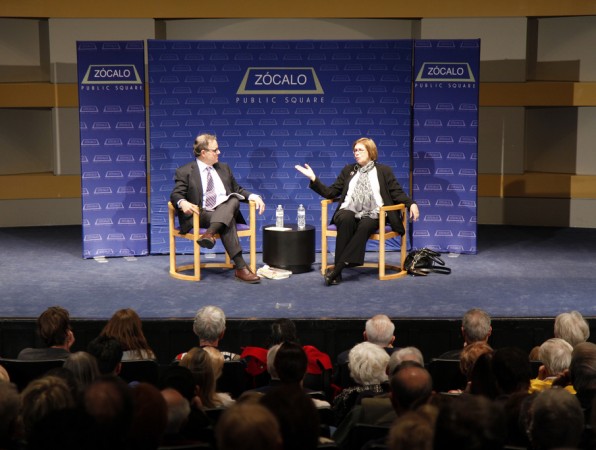 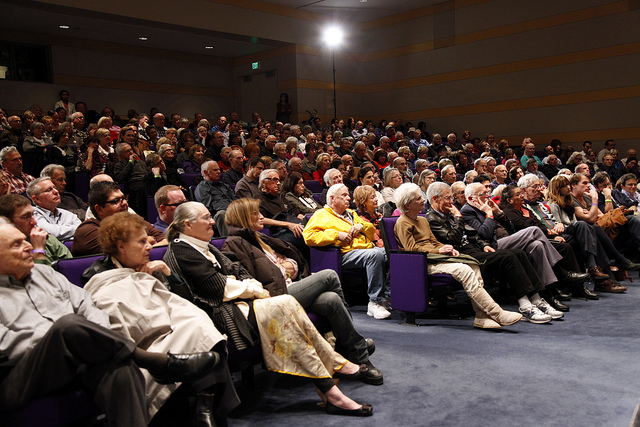 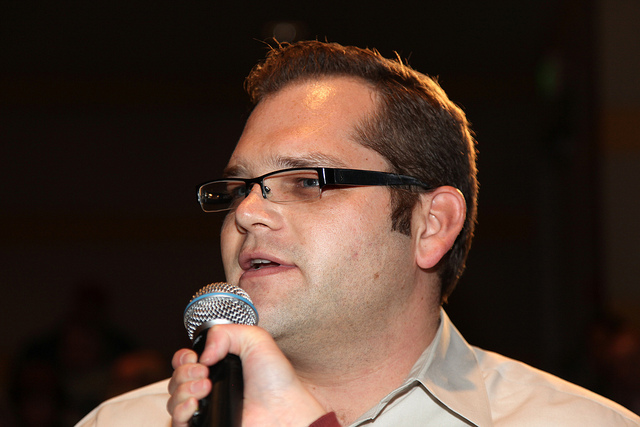 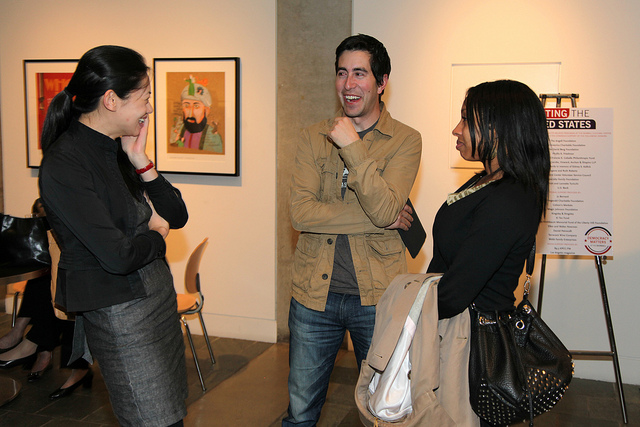