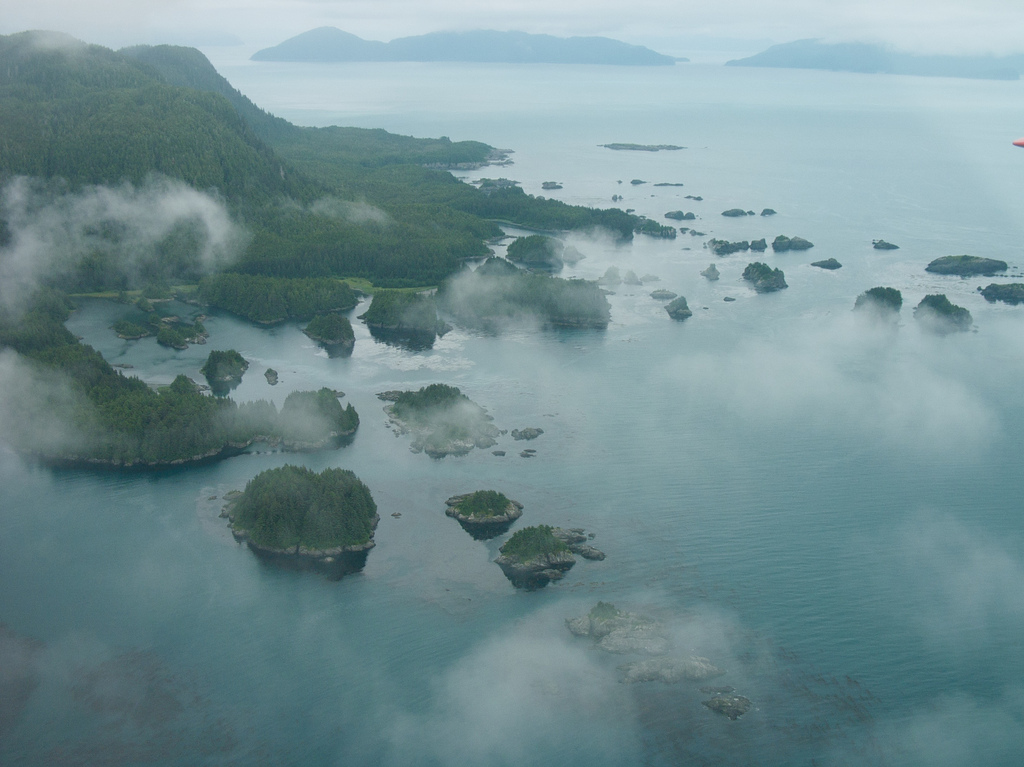 One of my favorite places as a kid was the Alaska State Museum in Juneau, where I never got tired of ascending the vast spiral ramp at the entrance that ran its way around a large eagle-aeried spruce tree. At the top of a ramp was a Fresnel lens from the Cape Spencer lighthouse—hundreds of glittering crystals in an intricate brass frame reaching higher than my head. I never quite knew what to make of it as a kid. Its sharp, polished clarity and geometric precision seemed an incongruous conclusion to the mossy ascent around the eagle tree.

Decades later, as a historian of science writing a book about the invention of the Fresnel lens and living far away from Alaska, the strange example in the museum took on a new importance. The glittering lenses, which permitted lighthouses to transmit light over longer distances and with more varied patterns, had been some of the first harbingers of my home state’s entrance into the modern world. The first Fresnel lenses had been ordered for Alaska within weeks of the discovery of gold in the Klondike, and the new, lighted shipping lanes linked Alaska to a global market.

As I studied the use of the lenses around the world, I saw this story repeating itself, with the Fresnel heralding a new global connectedness—literal beacons of a modern age. These painstaking, expensive pieces were sent by the thousands to the remotest, most inaccessible corners of the earth.

I got it in my mind that I wanted to visit Cape Spencer, the original location of my childhood lens. This was one of the few Alaskan lighthouses that braved the waters of the open ocean, sitting on the coast of the panhandle in the state’s southeastern corner to mark the spot where ships would turn in to the safer waters of the Inside Passage, an island-protected path down the coast to Washington state.

Photographs of the Cape Spencer lighthouse reveal a structure atop a jagged scrap of rock striking in its desolation, sitting a good ways offshore amid a number of other jagged scraps of rock. With cliffs too steep to land a boat, Cape Spencer’s tenders had to be hauled up in a box attached to a crane. As Coast Guard lore has it, no one ever showed up sober to their year-long tour of duty there. Unmanned by the 1970s, the lighthouse was a particularly lonely example of a technology that has become an icon of loneliness. I wanted to go.

I thought it would not be too hard. I visit my family in Alaska most summers, and my father lived about as close to the spot as humanly possible, in a small town called Gustavus on the inland entrance to Glacier Bay. He also owned both a boat and an airplane. As we loaded the boat to go fishing near the beginning of my visit, I mentioned that it would be cool to go check out Cape Spencer.

“That’s probably not a good idea,” my father replied, with the slight smile Alaskans often resort to when dealing with lower 48-ers who have obviously not yet realized how easily nature can kill you. Lighthouses, after all, are for warning ships away from the dangerous rocks waiting to scuttle them. Moreover, our little boat was no match for the rough waters of the open ocean. We stayed, instead, in the relative refuge of Icy Strait.

He offered to fly me by it in his airplane instead, and added that we could also see the spot close by where a tsunami had leveled trees over a quarter mile up the side of a mountain. I was all in.

Activities in Alaska are always a negotiation with the weather, however, and we found ourselves grounded with rain and zero-visibility cloud cover. A few more days of this, and it was time for me to head back home to Mississippi, lighthouse unseen. Remoteness and inaccessibility had won.

Still, I think of Cape Spencer when asked if I have any favorite lighthouses. Sometimes the places that stick in our minds are the ones we have never visited at all.