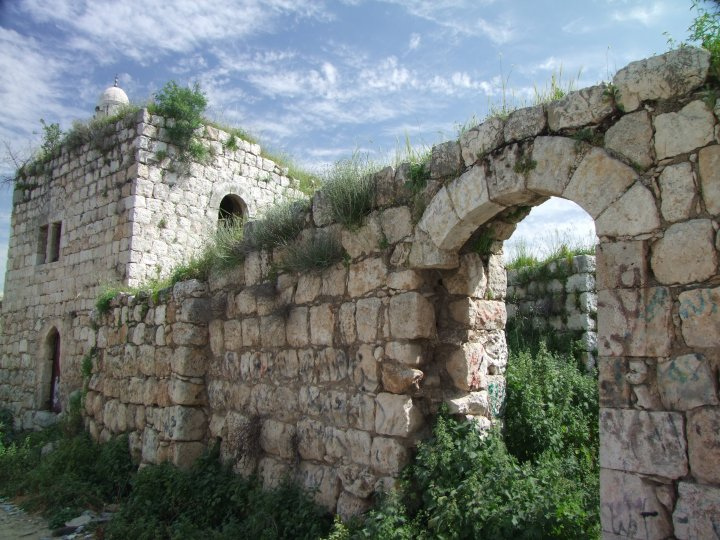 Today is the 65th anniversary of what we Palestinians call the Nakba, when we were expelled from what is now Israel in 1948. My grandmother, Khadija, is one of those who were forced out. A mother of 10, a grandmother of 68, and a great-grandmother of 49, Khadija now lives in Khan Younis refugee camp, in Gaza. She previously owned lands and a home in Beit Daras, a village that was part of historic Palestine, and she still has her deeds to the land. Seven million other Palestinian refugees and their descendants are scattered all over the world.

Beit Daras was a village of approximately 3,000 people, one elementary school, and two mosques. My grandmother’s family lived comfortably, growing a variety of crops, including wheat, barley, lentils, sesame, corn, cucumbers, tomatoes, and sunflowers. There were separate fields of orange and citrus trees as well as grapes, figs, and apples. My grandmother loved her ’illiyya, a room with big windows on the roof of her house used mainly in summer, made from wood and palm fronds to enjoy the summer breezes and the beautiful view of her village.

One night, in May 1948, the Hagana (the Jewish militia) attacked my grandmother’s village with shelling that seemed to come from everywhere. Terrified, she carried her infant son, Jawad, to look for safety, all the while surrounded by explosions, gunfire, and screaming families. She has often told me that a gate to hell opened that day and never closed.

The village of Beit Daras no longer exists in the current world’s maps and consciousness. In its stead, three Jewish-only colonies were established in 1950. Dispossessed, Palestinians have since faced segregation and isolation from one another. Some have never been reunited.

As Moshe Sharett, Israel’s second prime minister, once said, “We have forgotten that we have not come to an empty land to inherit it, but we have come to conquer a country from people inhabiting it.” My grandmother was never permitted to return to her home.

As summer approaches Gaza, and the heat rises amid electricity blackouts (the Israeli military bombed Gaza’s only power plant), my grandmother recalls the hundreds of acres of land she lost. Everything is gone now, she says—the ‘illiyya, the view, the breezes, the space, the land, the home, the fields, and the dignity.

Today, she is tired of being offered the same political menus of no solution or inconsequential solutions, such as the two-state solution, which offer no return to what is rightfully hers. For my grandmother, the recent warning of U.S. Secretary of State John Kerry that the window of opportunity for a two-state solution is closing is meaningless. The past 20 years of the so-called peace process have led nowhere. Instead, we have witnessed Israel swallow more Palestinian land, apply more restrictions and checkpoints, and expand settlements. There is no time left for my grandmother to continue taking the drug of gradualism. Is she not entitled to the same rights as the Jewish settlers who 65 years ago moved her off her land and out of her home?

My grandmother’s principal consolation is the education she insisted upon for her children and grandchildren and the determination to instill in us the memory of homeland and desire for freedom. I’ve never been to Beit Daras. But I have an overwhelming feeling for the place. I dream of going, even though I wonder if I ever will during my lifetime. To this day, I feel that my body is in Shatat (Diaspora), my heart is in Khan Younis refugee camp and Gaza, and that my soul is in Beit Daras. It’s a complicated feeling, but that yearning for homeland, even a damaged homeland, was captured by poet Salem Jubran when he wrote, “As a mother loves her disabled son, I will love you my homeland.”