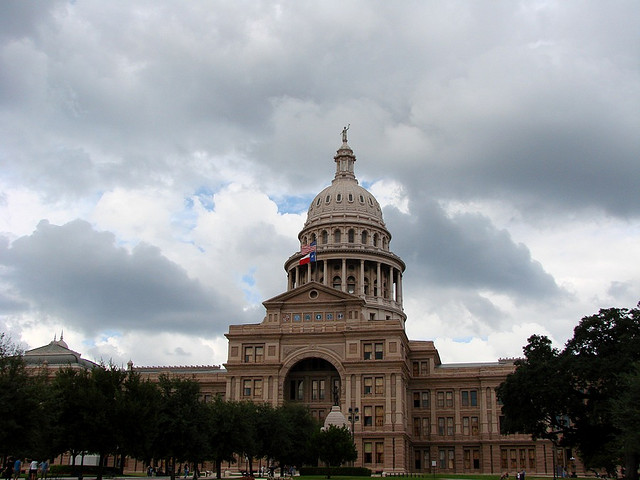 Texas was once so solidly Democratic, it was one of those Southern states where people were fond of saying they’d even vote for a “yellow dog” before voting for a Republican. Not anymore. In recent decades, however, along with much of the South, Texas has turned diehard Republican. Will that change again, as Latinos become a dominant voting bloc in the coming decades? It’s already clear that because of its history, immigration politics are less polarized in Texas than in some other states (hence the oddity of Gov. Rick Perry being outflanked on the right by the likes of Mitt Romney on the issue during GOP presidential primaries). In advance of “What Would Immigration Reform Mean for Houston?,” a Zócalo/Azteca America event, we asked people how the landmark legislation might impact Texas politics going forward.

Anglos and Hispanics account today for 48 percent and 35 percent of the adult population in Texas, proportions that will fall and rise respectively to approximately 39 percent and 43 percent by 2030. At the same time, data from the state’s most populous county (Harris), indicate the gap between the proportion of Hispanics who identify as Democrats and the proportion who identify as Republicans has doubled in size over the past ten years, with the increase in the Democratic advantage among the youngest generational cohorts, those born since 1965, especially prominent.

The passage of comprehensive immigration reform at the federal level will not be a panacea that will instantly resolve all of the Texas Republican Party’s difficulties with Hispanic voters. It is, however, a crucial first step in stemming the party’s declining support among Hispanics and improving its image among this increasingly pivotal group.

Texas Republican candidates have historically benefited from low Hispanic participation rates combined with above-average support among those Hispanics who do turn out to vote. This status quo is likely to be disrupted if Congress fails to pass immigration reform this year.

That said, as long as more Hispanics vote Democrat than Republican, even under the most optimistic scenarios the GOP will experience a gradual erosion in its vote share over the next twenty years. However, if its candidates are able to continue to win between a third (e.g., Ted Cruz in 2012) and two-fifths (e.g., Rick Perry in 2010) of the Hispanic vote, the party should be able to maintain its statewide dominance well into the 2020s, if not beyond.

If Congress does not pass immigration reform, we should expect Hispanic turnout in Texas to rise, as Democrats use the reform’s failure to register and mobilize Hispanic voters, and to see the share of the Hispanic vote won by GOP candidates decline. Under this scenario, it would not be unrealistic to envision the “blue” January 2023 inaugurations in Austin of Governor Julián Castro and Lieutenant Governor Wendy Davis.

Mark P. Jones is the James A. Baker III Institute for Public Policy’s Political Science Fellow, the Joseph D. Jamail Chair in Latin American Studies, and the Chair of the Department of Political Science at Rice University.

Immigration reform will have a moderating influence on Texas politics. In fact, we are already seeing this effect. This last legislative session saw little, if any, steam behind bills that would take harsh positions against the undocumented population. Two years earlier, during the 82nd Legislative Session, lawmakers were attempting to outdo one another with bills targeting the undocumented population. While most of these bills gained no traction, Latinos were paying close attention to the party affiliation of many of these bills’ sponsors. Many Latinos concluded that the Republican Party was not the party for them.

While Latinos continue to have low voting rates, they are increasingly contributing a larger share of the vote. Many Democrats and Republicans in Texas anticipate a few more legislative sessions controlled by the Republican Party before the state begins the transition to Democratic control.

But some Republicans, seeing the potential consequences of alienating one of the largest and fastest-growing segments of the population, are beginning to take steps to remedy the situation. Some are proposing toning down the language that alienates key demographics; others are proposing moderating actual public policy to attract more Latinos.

Recent immigrants do not arrive with any partisan affiliation, which will lead Republicans to target this segment of the Latino population. While many Latinos will not forget the “deportation” rhetoric of recent years, others will give the Republican Party a closer look. But given the economic needs of this population, the Republican Party will need to identify policies that will improve the condition of Latinos, and will need to moderate its positions on a number of issues beyond immigration.

Dr. Adolfo Santos is an associate professor of political science and Special Assistant to the President at the University of Houston-Downtown. Dr. Santos is the co-author of Texas Politics Today and author of Do Members of Congress Reward Their Future Employers: Evaluating the Revolving Door Syndrome.

Immigration reform will have a significant impact on Texas politics in the long term. If the path to citizenship remains in the legislation, it could lead to large numbers of currently undocumented immigrants eventually becoming citizens. The current efforts of political organizers to mobilize the Latino vote in Texas will be critical, in order to develop a constituency which understands the power of the vote and can put forward viable candidates. Even without a path to citizenship, demographics in Texas are changing rapidly.

The changes which occurred in California politics in the late 1990s and early 2000s are instructive for Texas politicians. I lived in California at that time and saw the mobilization of the Latino vote after the passage of Prop. 187. As noted in a New York Times article from last summer the Republican Party in California holds no statewide offices. It’s interesting to note that we have the opposite situation here in Texas, with Republicans holding all statewide offices. However, the Democratic party, in particular the new organization Battleground Texas, is pouring significant resources into the state in a bid to make Texas a swing state by the next decade. We have already seen some changes, as in the lack of harsh immigration control measures being put forward during this year’s legislative session. It’s clear that many politicians in Texas will have to pay attention to issues that are of concern to a changing constituency, and politicians like the Castro brothers from San Antonio may be harbingers of a new political order in the state.

Terri E. Givens is associate professor at the University of Texas at Austin. More information at www.immigrationtexas.org.

It is absolutely certain that the enactment of comprehensive immigration reform (or, an unlikely failure to enact it in 2013) will impact Texas politics for generations to come, for better or worse. Within a few election cycles a majority of Texas citizens will be Hispanics and when they begin to go to the polls at a rate comparable to other groups, Texas politics will likely undergo major changes.

As Stephen Klineberg of Rice University likes to say, this is a done deal. Already a majority of Texans under the age of 18 are Hispanics. While their parents may not participate given the fact that they have not achieved U. S. citizenship, it is more likely that their children growing up in America will vote in patterns similar to other Texans in similar socio-economic conditions. It may also take an extraordinary candidate that would help energize and bring Hispanic voters to the polls in larger percentages.

The Republican Party of Texas is well aware of these demographic factors, and the fact that they could be looking into an abyss of oblivion as a statewide party unless they adapt to the new reality. It is for that reason that behind the scenes in the 2011 state legislative sessions key members of the Republican leadership prevented any of the 100+ anti-immigrant bills from passing. The 2012 Republican State Convention, for its part, enacted planks that were, in contrast to prior years, somewhat reasonable and even far-sighted in terms of calling for a guest worker program, which would include undocumented workers.

If comprehensive immigration reform passes in Washington with some Republican support, it will change Texas politics in that it will give the Republican Party a greater opportunity to be competitive among the state’s fastest-growing voting bloc, particularly if they run and support attractive candidates like George P. Bush, a Mexican American, currently running for Land Commissioner. Conversely, if comprehensive immigration reform fails, particularly if it first passes the Senate but is then killed off by the Republican House, the GOP in Texas may find itself in an increasingly difficult position to compete for Hispanic American votes. It is often said that the Republican Party in Texas shares many traditional values with Hispanic voters including hard work, faith, and an abhorrence for abortion. But immigration is a threshold issue to be fixed before Republicans can compete for the Hispanic American vote.

If the Republican Party of Texas is deemed anti-immigrant due to a failure to pass comprehensive immigration reform, particularly if our two U. S. Senators John Cornyn and Ted Cruz vote against it, then the party could be staring at becoming a minority party for the long haul. Republicans in Texas have to look no further than the State of Colorado, which for years was a reliable red or Republican state. It voted for Barack Obama in the last two elections—by a margin of 8 percent in 2008, and 6 percent in 2012. Both its U.S. senators and its governors are now Democrats. When you look at the 2012 presidential vote in Colorado, Obama broke even or narrowly lost most voting demographics, but carried an astonishing 90 percent of the Hispanic vote.