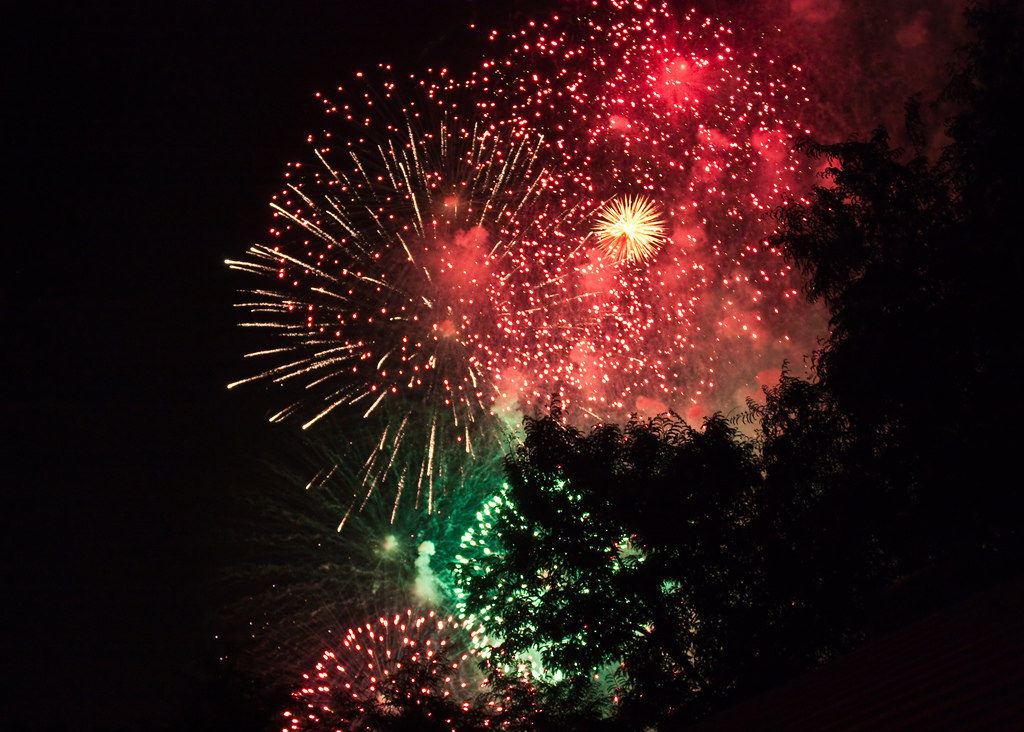 As Americans gear up for Independence Day celebrations this year, I’ll be marking the holiday overseas for the 17th time. I’m a permanent expat, having lived in a number of different countries—at present in India. I once flew 9,000 miles to attend my high school reunion, at which a classmate blurted out: “Aren’t you worried that being away so long will make you, you know … less American?”

I had every reason to stay home—not just in America but specifically in my cozy suburb of Birmingham, Alabama. My Norman Rockwell-style upbringing was loving, secure, and active: Girl Scouts, softball team, dance troupe, church, honor society, dinner at 7. My family had—and still has—lakeside summer reunions so crowded with third cousins as to require nametags. I grew up surrounded by much of the best America has to offer, and unsurprisingly, many of my childhood mates have chosen to build their lives within a stone’s throw of where they grew up. They bump into old friends and neighbors at Little League and watch their children snap honeysuckle from the same vine clusters they savored years ago. Grandparents and grandchildren see each other often. It’s an enviable cycle.

Yet I left. The promise of adventure was one draw, as was the prospect of satisfying a deep curiosity about other cultures. India, where I moved eight years ago, was also attractive because of financial opportunity. My husband, a naturalized U.S. citizen who was born and raised in India, and I saw a burrito-shaped hole in the culinary landscape of Bangalore and started up a chain of Tex-Mex restaurants to fill it. Mindful of the preferences of a large slice of our customer base, we created a range of vegetarian dishes—such as our eggplant and black bean stack—that are perfectly Tex-Mex in flavor but can’t be found anywhere on either side of the Rio Grande.

I can’t help but think of our story as quintessentially American: We took a ladleful out of the melting pot, carried it over to a new place, and kept on mixing. It seems to be working, and we plan to stay in India to continue expanding our venture.

Besides business, we have another compelling reason to stay: the chance to provide our two sons with a richly varied upbringing. The forces of school, neighborhood, community, and my husband’s family help steep them in Indian culture and history. My boys learn American ways from me, of course, and I keep the house stocked with purchases from the parent-teacher store: placemats of a map of America, rulers illustrated with portraits of all the presidents, books on everyone from Helen Keller to Rosa Parks. We make long trips home as often as we can.

Our family’s lives are a constant blend of the two places. Last week, an e-mail arrived in the middle of the day: Dear Parents, as some of you may be aware, a herd of wild elephants has been spotted in the vicinity of the school. We will be ending classes early as a precautionary measure …. It’s hard to imagine a more Indian incident than that. After school we shared a hearty laugh about it, and then my boys turned to American-style afternoon comforts: One plopped down on the sofa with a Judy Blume novel while the other pulled a jar of imported Skippy out of the cupboard and proceeded to make a peanut butter and jelly sandwich in the method my mother had taught him.

Americans like me who put down roots overseas may seem rare, and as a percentage of the population of any given state our numbers are indeed scant. However, according to some estimates, if you were to group overseas Americans into one political unit, we’d have roughly the same number of electoral votes as my home state of Alabama. Our collective concerns—double taxation, voting rights, banking regulations, and in-state tuition, to name a few—warrant dedicated representation in Washington, given our numbers.

But I digress. What I want to answer is the question of how durable American identity can be. Consider the terminology. Had I been a citizen of a different country who arrived in the United States and established a business, purchased property, enrolled my children in a local school, and clarified that I had no immediate plans to leave, I might consider myself an immigrant. Yet having taken these steps in reverse, I call myself an expat.

I personally know only one American who has surrendered his passport. He, like most others in his growing but still-tiny cohort, cited as his reason a thinning of the pocket that came from years of paying taxes to governments of two countries. It is not only the tax payments—more burdensome on expats than those of any other developed nation—but the complexities of filing that can weary even the most ardent patriot. Our joint IRS return last year totaled 54 pages. And those 54 pages of details on our business, our sale of a plot of land, and even the balance in the checking account I use for groceries came with a hefty price tag for the premium tax advice needed to navigate the maze.

Substantial as the financial discouragements may be, I cannot imagine giving up my nationality. My need to hold onto that blue passport goes far deeper than practical advantages such as security, power, ease of travel, or even dreams of a retirement amidst honeysuckle vines at an Alabama lakeside. It has more to do with history, legacy, pride, and a peculiar brand of optimism I have never seen anywhere else. My American identity is something like the air I breathe—it both fills me and surrounds me.

Because I’ve thrown myself into unfamiliar settings time and again, I now see my own reflection in those whose ways would, at one time, have been quite foreign to me. I have to admit a few uncomfortable parallels between my life now in South India and those of the colonial ladies who lived here a century ago. (There is someone who calls me “Madam” and brings me tea at 4 p.m., which makes it hard to dodge this comparison.) This is a jarring thought, especially considering that anti-colonialism is practically programmed into American DNA.

Living abroad also has also softened my feelings about fellow citizens who vote differently than I do. From a distance, the ideological divide between right and left seems, well, exaggerated. Even in the face of serious issues, being abroad fosters a stronger sense of “we” and lessens the perception of an “us versus them” schism within the American family.

As a group, overseas citizens may not be much on the minds of the population back home. But as a group, those in the traditional 50 states are never far from ours. We are informal ambassadors to the world’s other 6.7 billion people, and together with the new waves of immigrants who make their homes in America, we contribute to an increasingly vital exchange of ideas and depth of understanding between our nation and others.

This 4th of July, as dawn breaks along the International Date Line and proceeds with its slow bend eastward, Americans in my sliver of the world will be among the first to celebrate. My husband and I will spend the holiday shuttling between our restaurants, making sure the flags are hung straight and the barbecue platters are served just right. There may be a twinge of homesickness, but as part of a vibrant American diaspora, I know I am right where I belong.