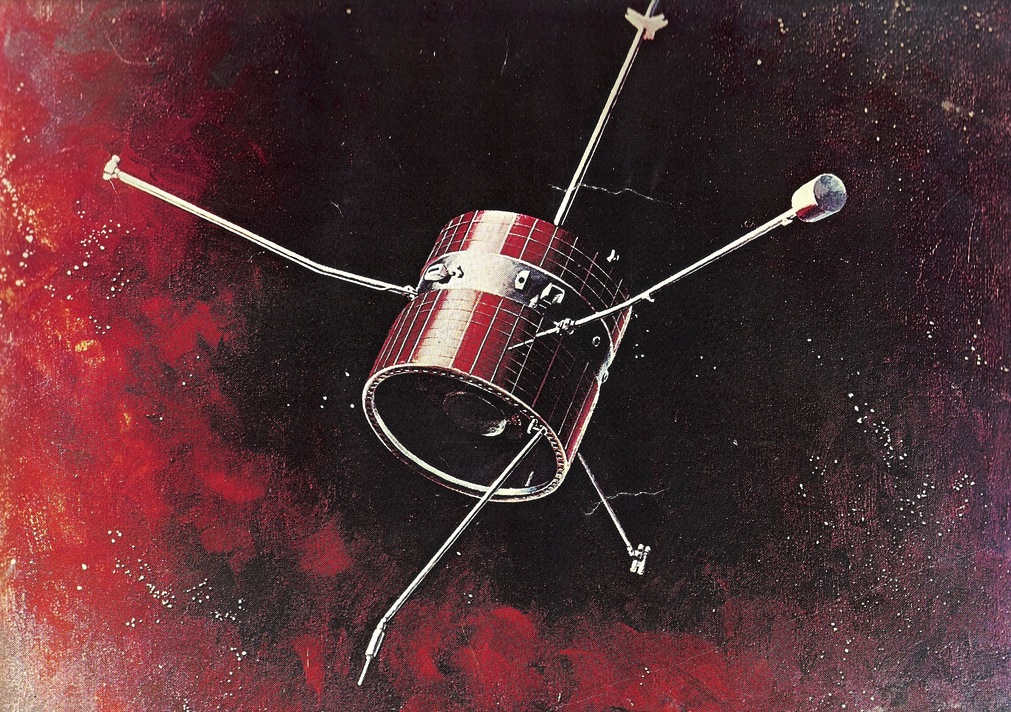 The speed of light is inconceivably fast. It is just shy of 300,000 kilometers per second. That is, for everyday purposes, instantaneous. A signal from the space probe Voyager 1, which is investigating the limits of the sun’s influence in the galaxy, takes just over 17 hours to arrive at Earth. Voyager 1 is almost 125 times as far from the sun as Earth is, so the signal is very weak when it arrives. The tenuous radio waves are gathered by antennas of NASA’s Deep Space Network, in the Mojave Desert, outside of Madrid, and in Australia.

Despite shaky launches in 1977, both Voyager 1 and its sibling Voyager 2 have lasted more than 35 years in deep space. They were originally meant to visit only Jupiter and Saturn. Voyager 2 made it onward to Uranus and Neptune, and Voyager 1 is now probing the outer reaches of the solar system and might be on the verge of leaving entirely. (Voyager 2 is also still functioning, but is moving more slowly and now lags behind.) Departure is a complicated matter, though: As the Voyager team reported in late June in Science magazine, the solar system’s boundary is more muddled than astrophysicists had previously suspected.

The Voyagers are often described as pioneers, blazing a trail through the outer solar system. This isn’t entirely true. The first space probes to visit Jupiter and Saturn were called, well, Pioneers. Pioneer 10 and Pioneer 11, to be precise. Both missions were born in the time of Apollo. Voyager 2’s encounters with Uranus in 1986 and Neptune in 1989 were just about NASA’s only successes in the 1980s. It was a bleak decade for NASA, when the failures of the space shuttle loomed large, casting a shadow that has yet to lift.

The institutional tension in NASA is often described in terms of the manned vs. unmanned programs. Though the budget fights were, and are, real enough, the true tension in NASA is between exploration—sending spacecraft to places they have never been before, whether or not with a person onboard—and the sort of aimless technological bloat typified by the space shuttle. The fact that NASA has done the second badly should not obscure the fact that it’s done the first very well. Last summer’s dramatic and successful landing of the rover Curiosity on Mars shows that spirit of exploration at NASA persists even amid a broader drift at the agency.

The spotlight was on the Voyager and Pioneer missions at the time of their planetary encounters. That is, after all, the reason they were built. But just as Voyager 1’s dispatches from the solar system’s boundary in June showed its residual scientific value, the Pioneers also had more science left to do after passing Jupiter and Saturn. In fact, what they found in the void of the outer solar system had potentially a greater scientific impact than anything they had found at the planets.

In my new e-book, The Pioneer Detectives, just published by the Millions, I tell the story of how John Anderson, a scientist at NASA’s Jet Propulsion Laboratory, discovered a strange, persistent anomaly in data coming back from the Pioneers. It took him years to confirm his suspicion, which he’d first noticed in the early 1980s, that some small, unknown force was slowing down both Pioneer 10 and Pioneer 11. The anomaly had the potential to upend physics by indicating a flaw in the known laws of gravity—Einstein’s Theory of General Relativity. When Anderson and his collaborators announced the anomaly in 1998, the New York Times headline read: “After Major Study, Mysterious Force in Space Remains Mystery.”

Over the next dozen years, hundreds of physicists would work on what came to be called the “Pioneer anomaly,” some wondering whether it might allow them to explain away dark matter or dark energy. Even though the Voyagers were bigger and more sophisticated, the physicists focused on the Pioneers because of a technical coincidence. The older craft were stabilized in a simpler way: by spinning. This meant that the Pioneers were much more precisely navigated—a force the size of the Pioneer anomaly was not detectable on the Voyagers.

The main design argument against spinning is that it makes it hard to take pictures. The nonrotating Voyagers had cameras that took vivid photos of the planets and their moons. The simpler Pioneers could store only five commands in memory, and had to be constantly commanded from Earth, while the Voyagers were programmable and so could adapt to their longer mission. This difference was, in part because the Voyagers cost three times as much, and, in part, because computer technology was evolving rapidly in the years between the two missions.

Five and a half years before the Voyagers entered space, on March 2, 1972, Pioneer 10 took off for Jupiter. Pioneer 10 and its sibling Pioneer 11, launched a year later, were run by NASA’s Ames Research Center, a rival to the Jet Propulsion Lab (JPL), which handles the Voyagers. The Ames crew saw themselves as underdogs. “There was a big competition going on,” says Dave Lozier, who worked on the Pioneer program for decades. “[JPL] felt the solar system was their domain.”

But at JPL, the rivalry was less keenly felt. The Pioneers rarely came up in conversation with Voyager’s scientists and engineers, except for one crucial discovery Pioneer 10 made at Jupiter: The radiation environment around Jupiter was far harsher than expected. By some measures, it was 1,000 times stronger than anyone had thought it would be. “Everything on the spacecraft was being fried,” NASA’s deputy director later wrote. “[The] engineers said flatly that Pioneer 10 was about to go off the air.”

JPL was already a year into designing the Voyagers, but the laboratory had to go back to the drawing board to protect the probes from radiation. Edward Stone, Voyager’s chief scientist, says they had to completely redesign both the electronics and the optics. The radiation hardening contributed, he says, to the Voyagers’ longevity.

When the Voyagers were launched, neither was supposed to go past Saturn, so far as NASA headquarters was concerned. “We made, on the sly, a decision to put some special features in the sun sensor, including some amplifiers to boost the sensitivity of the device so that we would guarantee that the sun sensor would at least work out beyond the orbit of Uranus,” John Casani, who was in charge of the Voyagers just before they launched, told David Swift, a sociologist, for an oral history in the 1990s. The Voyager engineering team wanted to build a spacecraft to last, but NASA didn’t want to pay for it. “We did not ballyhoo any of the things that I’ve been talking about that we were doing. They were done quietly, in quiet council and deliberation. We never advertised.”

That quiet planning included the interstellar mission from the start, says Suzanne Dodd, who currently holds Casani’s old job running Voyager. Neither Voyager would have survived its Jupiter encounter if not for Pioneer 10’s scouting mission. In turn, Voyager 1 was able to figure out one reason there was so much radiation around Jupiter—Io, one of Jupiter’s moons, has volcanoes that spew tons of sulfur into space every second, which, through a complex series of interactions, exacerbates the radiation around Jupiter.

After the Pioneers and Voyagers, NASA, beset by the woes of the shuttle program, didn’t send anything to the outer solar system for more than a decade, until the launch of Galileo to Jupiter in 1989. Cassini was then launched toward Saturn in 1997. Both Galileo and Cassini were orbiters—by slowing down and orbiting their target planets, they could gather far more data. Though scientifically valuable, they aren’t explorers in the sense that the Pioneers and Voyagers are. Only New Horizons, currently en route to Pluto, can lay claim to this mantle. But as Dodd points out, the “Voyager spacecraft travel faster than New Horizons. They will always be the first.” (The Voyagers will run short of electricity around 2025, but if all goes well they should continue functioning until then, with scientific instruments gradually being turned off because of the diminishing supply of electricity.)

Both the Pioneers and Voyagers generated huge amounts of publicity when they flew by each planet. Reporters gathered by the hundreds at Ames and at JPL. Newspapers editorialized about the messages each carried to the stars—a plaque, in Pioneer’s case, and a golden record, in Voyager’s. Their trajectories had been agonizingly refined, right on up to Voyager 2’s mission past Neptune, which threaded a needle so that it could swing behind Triton, a Neptune moon, allowing radio scientists to see what happened to the radio signal when Triton passed in front of the radio waves. Robert Cesarone is the navigator responsible for threading that needle. As Cesarone told Swift, “Voyager was the moral equivalent of war. It was a once-in-a-lifetime opportunity.” Cesarone continued:

All these spacecraft were the product of paradox. They were made by thousands of people working together and operated over decades by thousands more. Their reliable functioning rested not on genius but on bureaucratic organization. Neither project exceeded its budget with cost overruns or with delays. But the diligence to see the projects through, to make science out of weak radio signals right on up to the edge of the solar system, required passion, and genius also. The Pioneers and Voyagers are lessons in how bureaucracy—a much maligned word—can channel the passion of individuals to accomplish wonderful things. As NASA enters the next phase of its existence, it would do well to remember the successes of these early space probes.