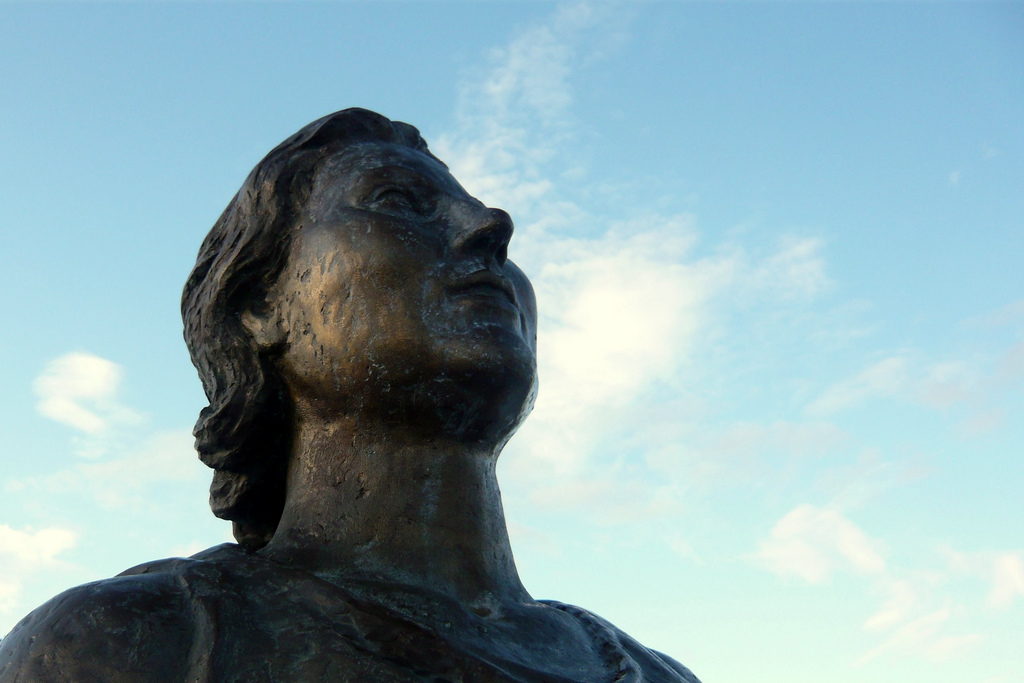 How did I, of all people, end up starting an opera company? The answer has to do with being willing to forget about credentials and just take that first step. The answer also has to do with the open culture of my hometown.

I grew up in Visalia, singing Gloria Estefan and Selena songs at county fairs. All I wanted to do when I grew up was to be a pop singer—to shake my booty on stage and wear glittery outfits. I didn’t know the first thing about opera.

I went off to college in San Diego at Point Loma Nazarene University, where I decided to audition for the music program. I walked into the audition hall with a boom box and a Bonnie Raitt karaoke CD. I almost walked out when I realized I was supposed to have prepared a classical piece. I was unprepared and felt intimidated. Luckily, a voice teacher on the audition panel recognized that I could be molded and took me on as her student.

My professor encouraged me to audition for the San Diego Opera Company, and I was hired on as a chorus member. I was hooked. I fell in love with the stories and the sheer talent of the singers around me.

San Diego offered a lot of opportunities, but I found myself wanting to go back to Visalia. It is an arts-focused community, with an emphasis on excellence, discipline, and creativity. Even at Green Acres Middle School, our drama teacher, Susan Mathews, had treated her students as if we were experienced actors and put on amazing musicals and drama productions.

After six years of living in San Diego, I came home to Visalia, found jobs in healthcare and teaching Zumba, and plugged right into the arts. A new consortium was now connecting artists across Tulare County, and it welcomed me immediately. Some friends and I even put on a “taste of opera” performance at a consortium event. Many people in the audience said they were surprised they liked opera.

I wanted to help break down people’s misconceptions about the art form, and I knew the best way would be to present a full opera production. But how could a girl with no graduate training and such limited opera experience even think of putting on an opera?

You just do it. I had read an article about Carol Cymbala, director of the Brooklyn Tabernacle Choir. She could not read music very well, had no formal training, and doubted her qualifications for starting a choir. But she just built one anyway. The choir started with nine members but now boasts almost 300. They’ve won Grammys and performed at the most recent presidential inauguration.

I’m not Carol, but I was determined to put on an opera. In a small town, you don’t need the sprawling network of contacts that bigger places require. And while egos and issues between people are problems anywhere, it’s easier to keep them in check in a smaller place.

My friends and I decided to put on Humperdinck’s Hansel and Gretel at the Main Street Theatre in Visalia. Elisha Wilson served as musical director and conducted the orchestra. We recruited opera singers and ballet dancers from around the region. All of the performers and crew donated their time. I was nervous for my performance as Hansel. It was my first lead role in an opera, and I was determined to prove to myself that I could sing the role. The show did so well that we came out in the black, selling tickets for our three performances for between $10 and $25. The Visalia Opera Company had formed.

As our sponsor and umbrella 501(c)(3), the Arts Consortium of Tulare County has made our company’s existence possible. They continue to take care a lot of the legwork that goes into running a nonprofit so that I can focus on the creative side of building a company. In between full-length productions we often sing at community events to let people know that we exist. This summer, to bring opera to young people in the San Joaquin Valley, we are touring Kings County libraries with scenes from Hansel and Gretel.

My goal is to present two or three productions a year. In November 2013, we will perform Mozart’s Marriage of Figaro. I’m playing Barbarina. I had auditioned for the role of Cherubino, but my dear friend Isabel Contreras, from Fresno State University, beat me out. She deserved it.

This spring, I saw the world’s first mariachi opera in San Diego, and I fell in love. It touched both my Mexican-American roots and my love of classic music. Next year, we’d like to bring a mariachi opera to Visalia. As a first step, our company just sponsored a concert here featuring UCLA’s Mariachi de Uclatlán.

Sometimes people ask how I was able to put on opera in Visalia. I honestly can’t think of a better place. The community is incredibly generous and open to new things—even the most far-fetched endeavors. Our talent base is full of performers and teachers.

Visalia is a place where, even if all you have is a dream and a Bonnie Raitt CD, you can jump in and build something new. I’m lucky to be from here, and even luckier to be able to be back.