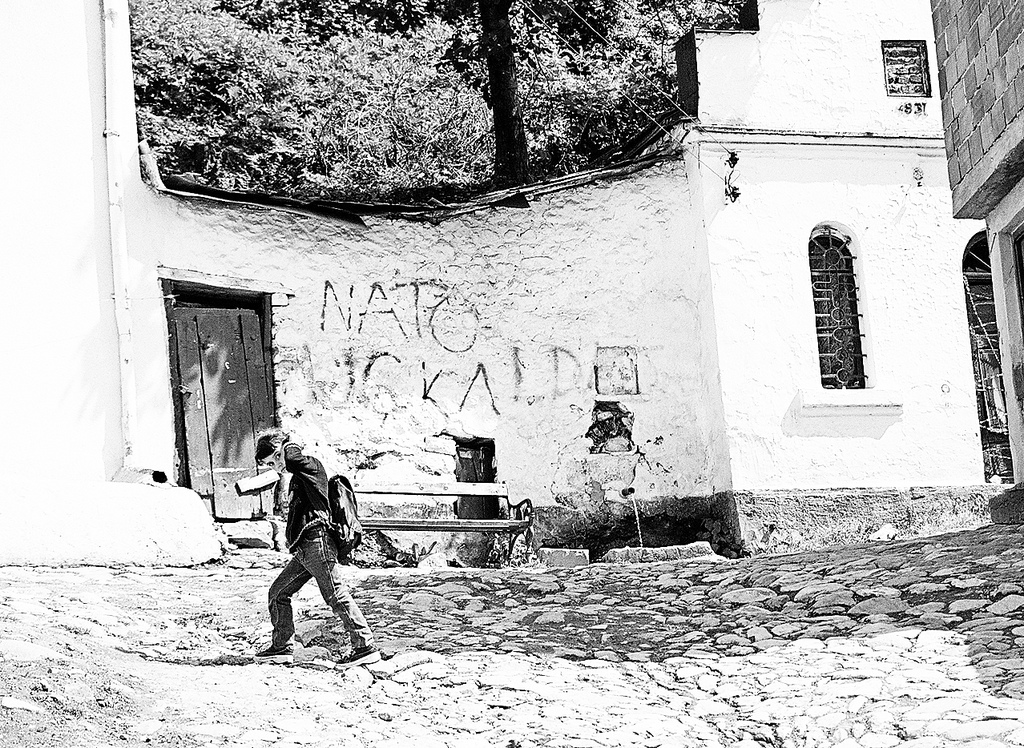 Once again, the United States appears poised to strike with its military forces in the Mideast, this time to sanction Syria’s regime for deploying chemical weapons against its own citizens. Some have cited NATO’s 1999 Kosovo campaign that I directed against Serbian forces as a precedent. That’s not exactly right: A better precedent is President Bill Clinton’s strike against Iraqi leader Saddam Hussein’s intelligence center in Baghdad with cruise missiles in 1993, in punishment for Saddam’s alleged plot to assassinate then-former President George H. W. Bush.

The missiles struck, without any significant collateral damage. The plot against a president was avenged.

Did the measured strike work as deterrence? Well, there certainly were no more assassination plots, at least not to our knowledge. On the other hand, Saddam remained defiant. A year later he deployed divisions to Iraq’s southern border into the same sort of attack positions they had occupied prior to the invasion of Kuwait in 1990.

In response, the U.S. prepared to deploy additional forces into the region, and the United Nations tightened the imposed no-fly zone south of Baghdad. U.S. military preparations focused ever more intently on an invasion of Iraq. The Republican Congress passed, with Democratic support, a resolution advocating “regime change.” You can’t always control the script after you decide to launch a limited, measured attack.

Back in 1993, the U.S. had more leverage on the global stage. Russia was struggling to regain its footing after the collapse of the Soviet Union. China was only 15 years into its remarkable economic rise, and its military modernization remained more of an aspiration than a reality. The U.S. was the world’s sole indisputable superpower.

Today, the strategic situation is much different. Under Vladimir Putin, Russia has sought to re-establish its presence in the Mideast. It has substantial air defense technology, which may already have enhanced Syria’s 1970s capabilities. China is a growing military presence in Asia and has demanded, most recently in the cozy bilateral summit in Sunnylands outside of Los Angeles, that Washington treat it as a global equal.

So, we know that what may begin in Syria as a measured, single-purpose punitive strike could escalate into a more protracted engagement, and that this would play out against a thorny international backdrop. While the first step is often clear in these cases, the endgame rarely is. If Assad or Iran retaliates against an American strike, or there is repeated use of chemical weapons, the U.S. will have to respond, thus escalating our involvement.

But for now, a more measured tone is wise. As we learned in Kosovo, in democracies escalating rhetoric undercuts diplomacy. Our opponents must understand that although the White House is now saying it doesn’t seek “regime change,” that could well change, depending on the response from Damascus.

And it’s on this score of expecting the unexpected, and of the need for some improvisation in the midst of a confrontation, that the Kosovo campaign can be instructive.

As in the case of Syria today, there was no U.N. resolution explicitly authorizing NATO to bomb Serbia. But NATO nations found other ways, including an earlier U.N. Security Council resolution, to legally justify what had to be done. In Syria, the violation of the 1925 Geneva prohibition against the use of chemical weapons is probably sufficient justification.

The fact that Russia used chemical weapons in Afghanistan in the 1980s can and should be used to undercut Russian objections. Not that our own record is unblemished: There is evidence to suggest that the U.S. was complicit in Saddam’s use of chemical weapons against Iran, so we need to balance our role as enforcers of humanitarian norms with a direct acknowledgement of our own past misdeeds.

Kosovo also reminds us that it isn’t imperative to strike back immediately after a “red line” is crossed.

In 1998, NATO had established a “red line” against Serb ethnic cleansing; the Serbs crossed that line with the massacre of at least 40 farmers at Racak in January 1999. But NATO didn’t then strike immediately. Instead, France took the lead for a negotiated NATO presence, with several days of negotiations held at Rambouillet. This strengthened NATO’s diplomatic leverage and legitimacy, even though the talks failed and NATO bombing commenced on March 24. Sometimes postponement of military action improves our leverage and ultimate impact.

The Kosovo campaign was also less tidily packaged at the time than it appears in retrospect. When the bombing began, NATO had not yet formulated its political conditions for halting the bombing. NATO nations hardened their views when the Serbs retaliated against the civilian population and neighboring Macedonia. Again, the lesson here is that these episodes are always fluid, and so long as your political coalition is well organized—and NATO was—objectives can be modified and clarified during the course of military action. Not every “I” has to be dotted or “t” crossed before initiating a strike.

At the outset of the Kosovo campaign, Russian behavior was threatening. Russia pulled its liaison personnel out of NATO HQ, sent a representative into Belgrade, interfering with the actual strikes, and belligerently threatened to send out its Black Sea Fleet to interfere with NATO operations. Intensive diplomacy, including repeated visits to Moscow by Deputy Secretary of State Strobe Talbott, eventually brought the Russians into co-leading a diplomatic mission that culminated in Yugoslav President Slobodan Milosevic’s acceptance of NATO conditions. The lesson here is that heated protests and even military gestures or threats from Russia, and perhaps China, aren’t insurmountable if there is persistent diplomacy before and after hostilities commence.

At a time when U.S. security interests are much broader than the Middle East, and we face numerous economic and political challenges at home, it is tempting to think of action against Syria’s regime as a significant distraction. But President Obama has rightly red-lined the use of chemical weapons. The horrible pictures of hundreds dead and dying is a warning to all of us that some weapons are simply too inhuman to be used. Responding to Syrian use is not without risk. But as many of us learned during the 1990s, in the words of President Clinton, “Where we can make a difference, we must act.”