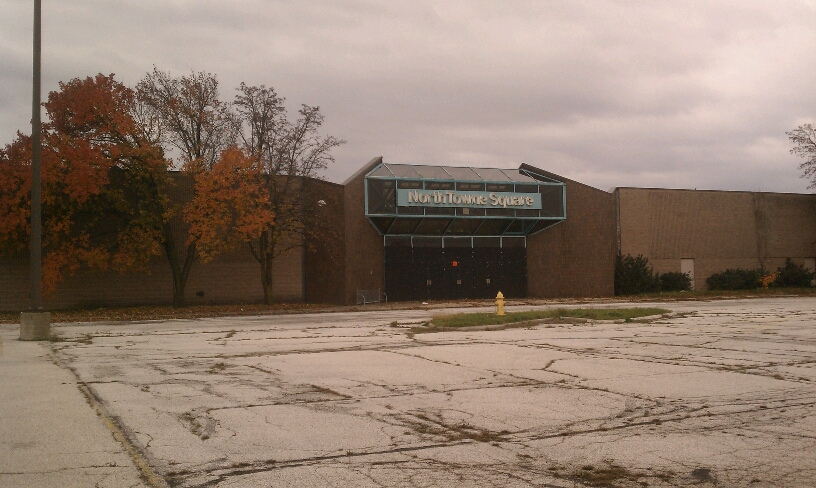 I feel at home in dead malls. When I walk inside and absorb the silence, when I see the empty storefronts and walk past second-rate retailers that barely cling to life inside the twilight corridors, the sights stir up a bone-deep memory of a golden age, and the sadness of it gives me comfort.

I think I love dead malls because I am a Midwesterner, a born-and-bred Kansas City man who has lived most of his life within flyover country. I will never belong anywhere else. I can identify with a place that was once great, a place where you look up and realize that the great herd of humanity has moved on. To spend a morning in a dead mall, where the shops are closed and your favorite restaurant is boarded up, feels like the world I know. It is, increasingly, the Midwestern mode of existence.

As a connoisseur of dead malls, I was recently gratified to discover that they exist even outside of Washington, D.C., where I moved to take a new job. The wealth of downtown Washington and its gilded suburbs might make hard times look inconceivable there. But I have found a mall to make me feel at home: White Flint, in North Bethesda, Maryland.

As in any proper dead mall, part of White Flint is being torn down. The department store on the southern end is being punctured by wrecking balls, while its rafters and insulation are picked apart by backhoes. But in the parts that remain standing, commerce, such as it is, carries on. On a recent visit, I drove around the piles of department store wreckage in the parking lot and entered the mall on the north end. A ramp led up to sliding glass doors etched with the White Flint Mall logo, a diamond with a gilded W and F.

Thirty years ago, the engraved sliding doors must have seemed lavish and futuristic. I pictured kids running toward them on a Friday night, arriving to see a movie and have dinner, or to just walk around the shiny interior hallways, where all the stores were new. Those kids must have felt how I felt when I was 10 and my mom and dad took me to Ward Parkway Mall in Kansas City, Missouri.

In the 1980s, malls were the future transported to the present. The Ward Parkway Mall movie complex was several theaters stacked together in a honeycomb, offering an impossibly diverse array of choices. That was exotic. So was a chain called T.J. Cinnamons, which sold enormous cinnamon rolls dripping with icing. It wasn’t the rolls themselves that everyone talked about; it was the way their scent carried. On nights when my parents took me to dinner at the Winstead’s hamburger restaurant (an outing that usually included a stop at the Ward Parkway toy store), I’d make a point of riding the food-court escalator, just to smell T.J. Cinnamons.

All of that is gone now, in Ward Parkway Mall and in White Flint Mall. It’s quiet. There is no Starbucks in White Flint, or even the Starbucks knock-offs you find at airports. The caffeine void is filled by the Texas BBQ Factory in the White Flint food court. Jerry’s Subs & Pizza, which opens early, also serves coffee and bagels, which both seem to be off-menu items. The coffee comes in Styrofoam cups; the half-and-half in plastic micro-barrels.

On my visit, I stopped in at Jerry’s. There was no line. Nobody was using a laptop, and nobody was talking on a cell phone. An old man sat in a booth and read a newspaper, which was actually printed on newspaper. It felt good.

My mind wandered to my favorite dead mall, Crestwood Court in suburban St. Louis. I took my kids to see Santa there one year, and they got a lot of face time with the old man, because there was no line to meet him. It was a Saturday, and old people walked along the edges of the hallways, getting their morning exercise. They probably shopped at Crestwood Court back in its heyday, in the 1980s. That’s when they lived in neighborhoods that were still sustained by middle-class factory jobs. They may have worked at the nearby Chrysler plant, which covered about 279 acres of land and pumped hundreds of millions of dollars in wages into the local economy each year.

Now the Chrysler plant, which closed in 2009, is the mother of all dead malls. And it wasn’t just the Chrysler jobs that went away. The corporate headquarters of so many St. Louis companies—A.G. Edwards, Federated Department Stores, Pulitzer Inc.—were bought out and carved up by outsiders during the 2000s. In 2008, the city’s most iconic company, Anheuser-Busch, was purchased by the Belgians. The new bosses at Anheuser-Busch InBev, as it is now called, announced just before Christmas that year that they would cut 1,400 jobs. Welcome to dead mall country.

Crestwood Court is being demolished. Society has decided it’s time to move on. But I tend to cling to things. Maybe this is a Midwestern trait, too. I just finished writing a book about the meat industry, and reporting it took me to a lot of small towns in the middle of the country. I saw something striking in rural America. Whole towns there are dead malls, where people walk around all the time feeling just like me.

One of the towns I visited was Waldron, Arkansas. An antique shop and a florist remained open on Main Street, but they stood among rows of empty stores, boarded-up windows, and vacant buildings. An exception was the Scott Theatre, a new business that was showing films on weekends. I learned that locals Raymond and Frankie Watson had bought the place a year earlier and renovated it—not because they expected to make a profit, let alone a living (Raymond works at a factory about an hour away, in Fort Smith), but because they were haunted by memories of what the town used to be like. Raymond told me it was the place where he once ran around with friends while his parents shopped, where kids drank sodas from a soda fountain and bought knickknacks for pocket change, where the adults knew all the kids by name.

So it is that people cling to dead towns, dead malls, and the memory of how things used to be. It’s irrational, economically—maybe emotionally, too. I should probably accept that the great tide of new jobs and new company headquarters is rolling away from the towns and cities I knew growing up. But I still love to drink cheap coffee at places like Jerry’s Subs, read nonfiction stories printed on paper, and ponder the way things used to be. What can I say? It feels like home.