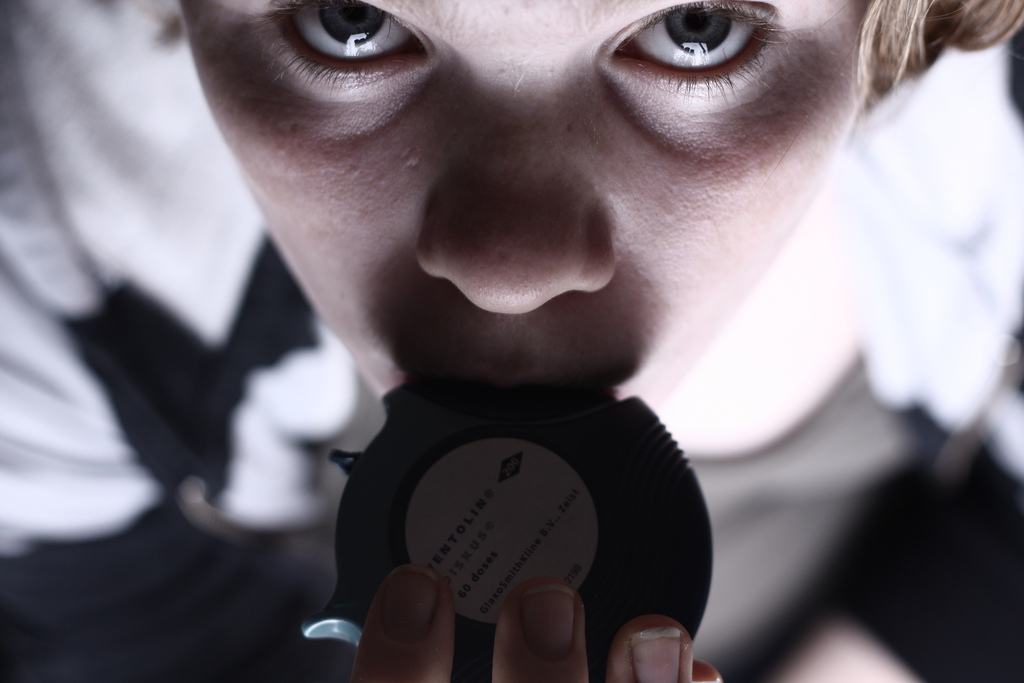 Is there a profit to be found in reducing children’s asthma attacks? A diverse team of public health advocates, asthma care providers, financiers, and foundations has set up a pilot program with the goal of making money for investors while solving a deeply entrenched health crisis in and around Fresno, California.

The idea is to create incentives to reduce costly visits to the emergency room caused by asthma attacks. In Fresno, families and insurers spend approximately $35 million a year on these ER visits. Asthma attacks are triggered by pollution, dust mites, mold from swamp coolers, and tobacco smoke. Reduce these elements—especially those in the home—and you’ll reduce ER visits. But our current model of insurance doesn’t pay for medical professionals or equipment to prevent asthma attacks; it only pays to treat them with medicine. Says Anne Kelsey Lamb of the Bay Area-based community collaborative RAMP (Regional Asthma Management and Prevention): “We know what works to address asthma hospitalization—and we can get almost immediate results—but we could never secure a consistent funding stream.”

That’s where the financiers come in, using a tool that’s known as a social impact bond. Investors will put up money for vacuum cleaners and nurse’s home visits and other things that would reduce trips to the ER. If those investments can save the healthcare system at least $5,000 per child, then investors will make money by sharing in additional savings, all the while improving people’s physical and financial health.

The trial is now in full swing, with 200 children who average 1.5 ER visits a year divided into treatment and control groups. The results—expected in two years—are highly anticipated both in the financial world and in Fresno, which has among the highest rates of childhood asthma in the country. (Some official estimates say one in six Fresno children has asthma; others say one in five.)

“If asthma were an infectious disease, there’d be guys in white suits and yellow tape when the ratio hit one in a thousand.” says Kevin Hamilton of Clínica Sierra Vista, who has been working on the treatment and prevention of asthma in Fresno since the 1970s. Instead of bringing in white suits, Hamilton is welcoming investors in black suits, and he’s excited about the project’s implications: “This could change the way we treat chronic illness like diabetes and congestive heart failure. Instead of viewing chronic conditions as a constant leach on the system, this is a way to save money and even make money.” If all goes as expected, the program will reduce ER visits by 30 percent and cut hospitalizations in half.

For this first-ever demonstration of healthcare bonds’ potential in the U.S., the California Endowment put up $1.1 million as an investment; the Central California Asthma Collaborative and Clínica Sierra Vista have provided outreach workers to visit the homes of children with asthma and do evaluations and education. To build a case that profits can be made by investing in preventive healthcare, the non-profit Social Finance, Inc. and a social enterprise company called Collective Health are working to verify savings and prepare to get investors to put up money for the second phase of the project. In phase two, Social Finance and Collective Health will issue a bond to outside investors that will cover 3,500 children, and will offer investors the opportunity to recoup their investments with additional interest—provided the kids stay out of the ER.

When I spoke with him recently, Nirav Shah, a director at Massachusetts-based Social Finance, was preparing to travel to California to check in on the investment by visiting a few homes of children with asthma who are participating in the program. Shah’s background is in finance and banking, with a stint at the federal Office of Management and Budget. He says this project has caused him to reframe the general idea of the bottom line of “profit maximization” that he used to use for hedge fund investors into a more concrete effort to “align financial mechanisms with social progress,” for society in general.

For Shah, the first challenge is to merge the study results with data from insurance companies to show rigorously that preventing asthma attacks saves them money. Eventually, insurers could either invest the money in prevention themselves, or they could sell bonds, allowing outside investors to take on the risk of the vacuum cleaners in exchange for a share of the savings on ER costs. Shah has also been talking with big investors who might put up money for the bonds in the next phase.

Some socially focused investors quickly get the “narrative” of the initiative, and want to invest their money where they can improve people’s lives and ensure the long-term health of the U.S. economy. But another crowd is attracted to investments with little risk—and Shah is working to do analytics to convince them that social impact bonds fit the bill. For risk-averse investors, the greatest argument for investing in vacuum cleaners in Fresno may be that it’s a “counter-cyclical” investment, which means that even if the economy takes a dive, the kids in Fresno will still be earning money by staying out of the ER.

When we talk about little kids gasping for air and counter-cyclical investments in the same breath, I start to feel cognitive dissonance. Is reframing asthma (and other chronic conditions like diabetes and congestive heart failure) as a money-maker really the way to address the failures in our healthcare system? Will this motivate us to reduce air pollution? Everyone I spoke with felt that the experiment in Fresno would change not only the health of the kids but also the incentives of the insurance and investment industries. They hoped to use the project as leverage in the rollout of the Affordable Care Act, which has incentives for quality and outcome over volume. For Shah, financializing asthma attack prevention is a first step in the leveraging of nascent markets in pollution reduction, carbon credits, and affordable housing toward a cleaner environment and better health for everyone.

So far, markets have been cruel to Fresno, which had 56 percent of its mortgages go underwater in 2009, but it’s possible that someday markets could also prove to be kind.