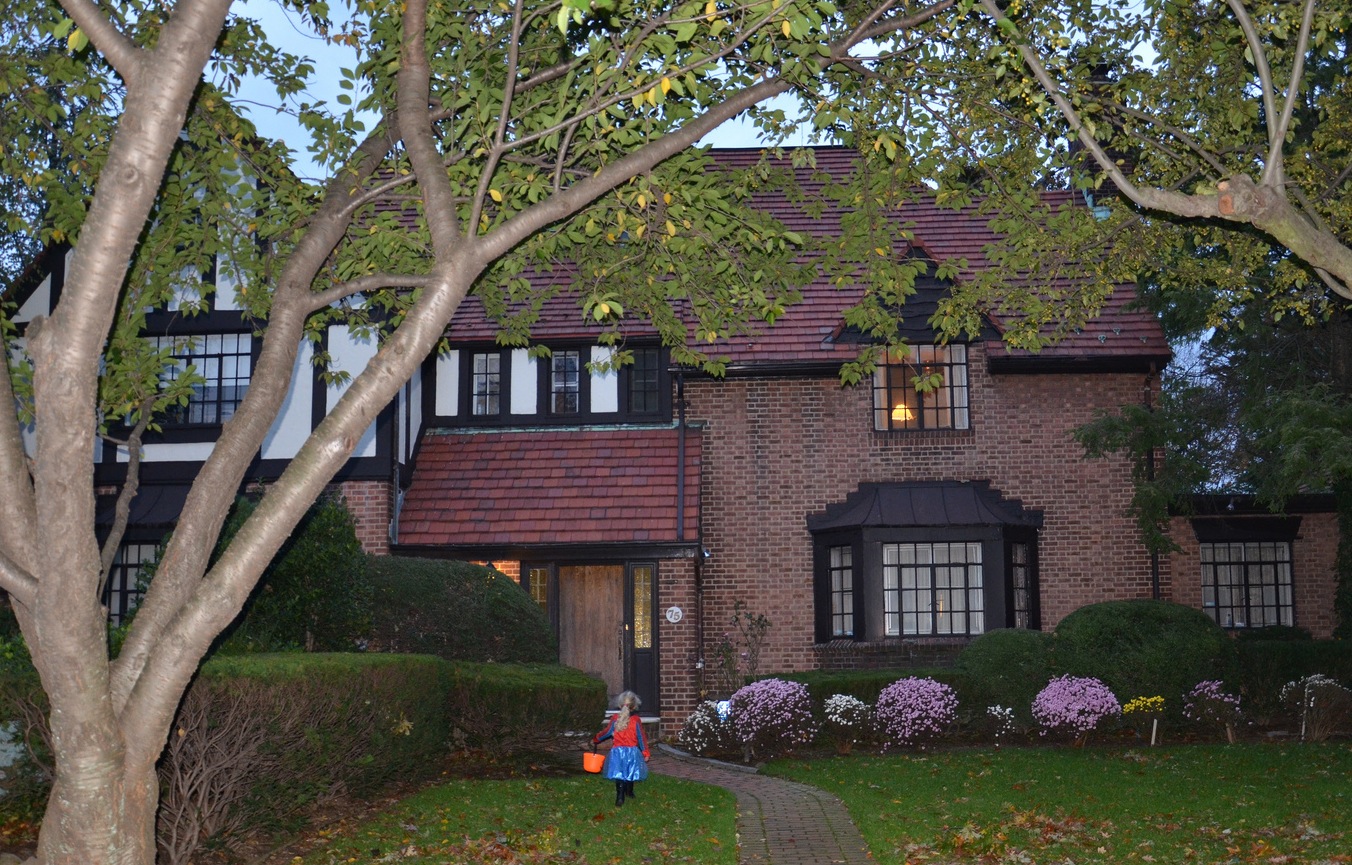 Last Halloween, I felt like the victim in a horror film. I was the guy ignoring the wise warning of my older next-door neighbor.

You’ll need at least 15 bags to survive, he told me, with a hollow look in his eyes. Maybe more.

But I couldn’t imagine the terrible hunger that the dark night would bring. So, while grocery shopping on a Saturday afternoon, I threw a mere eight small bags of candy into the cart. That would have been more than enough to satisfy the trickling of trick-or-treaters in my old neighborhood, a crowded section of apartments and duplexes in L.A.’s Miracle Mile. Little did I know that in moving to a house in the heart of the San Gabriel Valley, my family and I had crossed a dividing line unmarked on any Los Angeles County map, a line that becomes clear only when the ghosts and ghouls show up at your door on the night of October 31. We had moved from a Halloween desert to a Halloween destination, one of those communities to which people travel to do their trick-and-treating.

Yes, Halloween may once have been a neighborhood event, the sort of night when communities come together to share candy with their children and cheerfully tolerate the impromptu art installations of hormonal teens armed with shaving cream and eggs. But those days are long gone, particularly here. Halloween, like too much else, has become aspirational. We Californians are more than willing to get in the car or hop on the bus in search of a better Halloween a couple of towns over.

There is data on this, as there seems to be on everything, and the folks at Zillow, the online real estate company, have compiled an index of the country’s best neighborhoods for trick-or-treating. It is based on four criteria: high home values (rich people = better candy), high population density (making trick-or-treating more efficient), walkability, and low crime.

Zillow’s is far from the only ranking. In Southern California, major TV stations have lists on their websites of the best trick-or-treating neighborhoods, many of them in Orange County. Try Aliso Viejo for the walking and Trabuco Road in Irvine for the neighborhood feel. Commercial districts like Old Town Pasadena and malls like the SouthBay Pavilion in Carson have also set themselves up for trick-or-treaters.

This sort of thing, like Halloween itself, is at once fun and scary. The fun part is the mixing of children and families from around the city, crossing geographic and other lines for at least one night. Warriors against income inequality can take comfort in having at least one holiday that’s redistributionist.

The scary part is that so many of us prefer to take candy from better-heeled strangers rather than from our own neighbors. That’s how weak the bonds of community are. According to surveys, Californians are less likely to know their neighbors or work together on community problems than people in most other states. Halloween is one natural opportunity to meet the people down the block, but only if you stay in the neighborhood.

You might think Halloween wanderlust has weakened, given that crime is down and gas prices are up. But no. Streets like mine—upper-middle-class, low-traffic, with plenty of parking—continue to be deluged. A certain holiday spirit can also be part of the draw. In my city, South Pasadena, a local theater has been turned into a haunted house, and there are at least two pumpkin patches nearby. The city has even declared this Halloween “John Carpenter Night,” in honor of the director of 1978 slasher classic Halloween, which was filmed in town. It was about a child murderer who escapes from a mental hospital and—demonstrating what now seems like a refreshing commitment to his home community—returns to his old neighborhood to terrorize teenage babysitters. (Maybe that’s why it’s so hard to hire one around here.)

My own night of horror came last Halloween. By 5:30 p.m., every parking spot on our street was taken, and there were lines at almost every door. It was a great scene; I met families from as far away as Long Beach and La Verne. But I ran through my eight candy bags in half an hour. Then I drove out in desperate search of more supplies. Vons and Ralphs had been cleaned out; Rite Aid had 10 bags of mini-chocolate bars, all of which I bought. Those only lasted one more hour. My night ended in disgrace before 8, when I hung an “Out of Candy” sign on the door.

I’m still haunted by that night. So this year, I braved the impossibly crowded Costco in Alhambra, where parking is like a John Carpenter movie, and buy 20 industrial-strength bags of candy. I just hope it will be enough to sate the vampires and zombies who come knocking on the door.