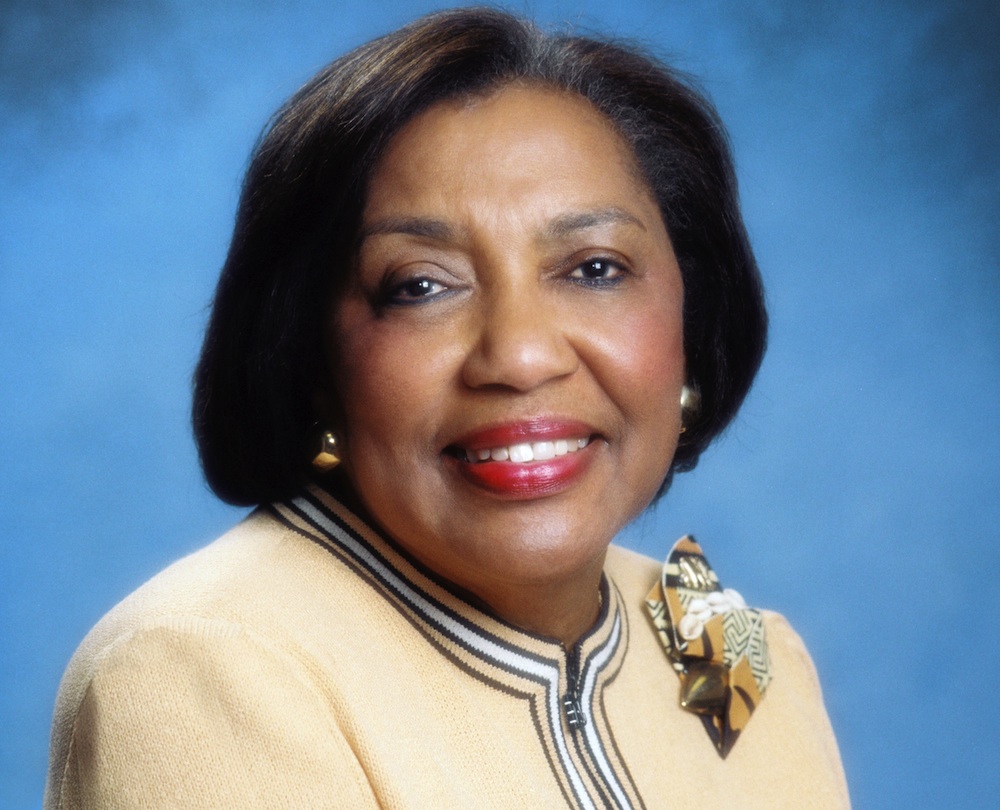 Marguerite Poindexter LaMotte reminded me of the teachers I had as a student—and of the teachers I worked with during my 20-plus years in the classroom. She was old school. She was a tough, no-nonsense educator who cared deeply about public education. She cared deeply about her students, too, and was willing to stand up to anyone she believed did not have their best interests at heart.

Marguerite was a lifelong educator who spent years as a classroom teacher, school site administrator, and, finally, as the longest serving current school board member in the Los Angeles Unified School District, the second-largest district in the country. Whether at a town hall meeting or sitting in her familiar first seat on the left side of the school board half circle, Marguerite always commanded attention. She was an imposing figure, tall, always immaculately dressed. She spoke with a slight Southern accent that revealed her Louisiana roots.

As the lone African-American school board member, she carried proudly the responsibility for representing her community. Her commitment to advocating for all students, but particularly for African-American youth, earned her the deep admiration of her community. It was not uncommon to see elected leaders who were political foes come together in unity during Marguerite’s election campaigns.

Meetings at her field office, which was not far from my house, were lively events with people streaming in and out. It was common at these meetings for local civil rights and community leaders to sit around a big table, discussing and strategizing on the latest education issues confronting the district. Of course, no meeting was complete without Marguerite insisting that you grab a plate and help yourself to lunch.

She connected with and inspired her supporters because they knew she understood their struggles. I remember election night a few years ago. Marguerite won handily, but no one took her victory for granted. The folks who came into the campaign office that night were tired from days of making calls and knocking on doors, but they were incredibly proud to be there with Marguerite. They were school janitors, bus drivers, clerical workers, teachers, and former students who saw Marguerite as their voice on the school board.

Later that evening, Marguerite introduced a young African-American volunteer who read a poem she had written. This young woman spoke about being homeless and the challenges she faced. Her words were eloquent and powerful and underscored the importance of educators and leaders like Marguerite, who inspired young people even as they faced the most difficult of circumstances.

While she was always an advocate for students, Marguerite’s relationship to teachers and the teachers’ union changed over the course of her tenure on the school board. In the last few years, she was greeted by thunderous applause and standing ovations anytime she appeared before teachers.

Because she had been in the trenches for decades, she understood the amount of work that teachers, administrators, and classified employees did every day to educate students—often in very difficult conditions and with fewer and fewer resources. In the last decade, the education reform movement began to blame teachers and administrators for the “education crisis” in our schools. Marguerite became increasingly unwilling to capitulate to these attacks, which often came from school board members who had no classroom experience.

When former Mayor Antonio Villaraigosa declared his intention to take over the school district, Marguerite became one of his fiercest opponents. The former mayor raised millions of dollars to elect his candidates to the school board, including someone to oust Marguerite.

She fought back like a woman who had learned to survive and thrive growing up in the Jim Crow-era South. She coalesced the community around her reelection and proceeded to trounce the mayor’s candidate, in part by raising concerns about an outsider trying to tell the black community who should represent them.

While she was sometimes criticized for not building coalitions on the school board to move her agenda, Marguerite became an important voice, sometimes on her own, against the current tide of reform she saw as leading to greater disparity among students. She was not a political ideologue. She worked with educators her entire life and knew that the problems of education were grounded in poverty and racism, not in the failure of educators to work harder.

The students, educators, parents, and community of Los Angeles lost a real champion last week. It falls to those of us committed to quality public education to carry on her legacy.