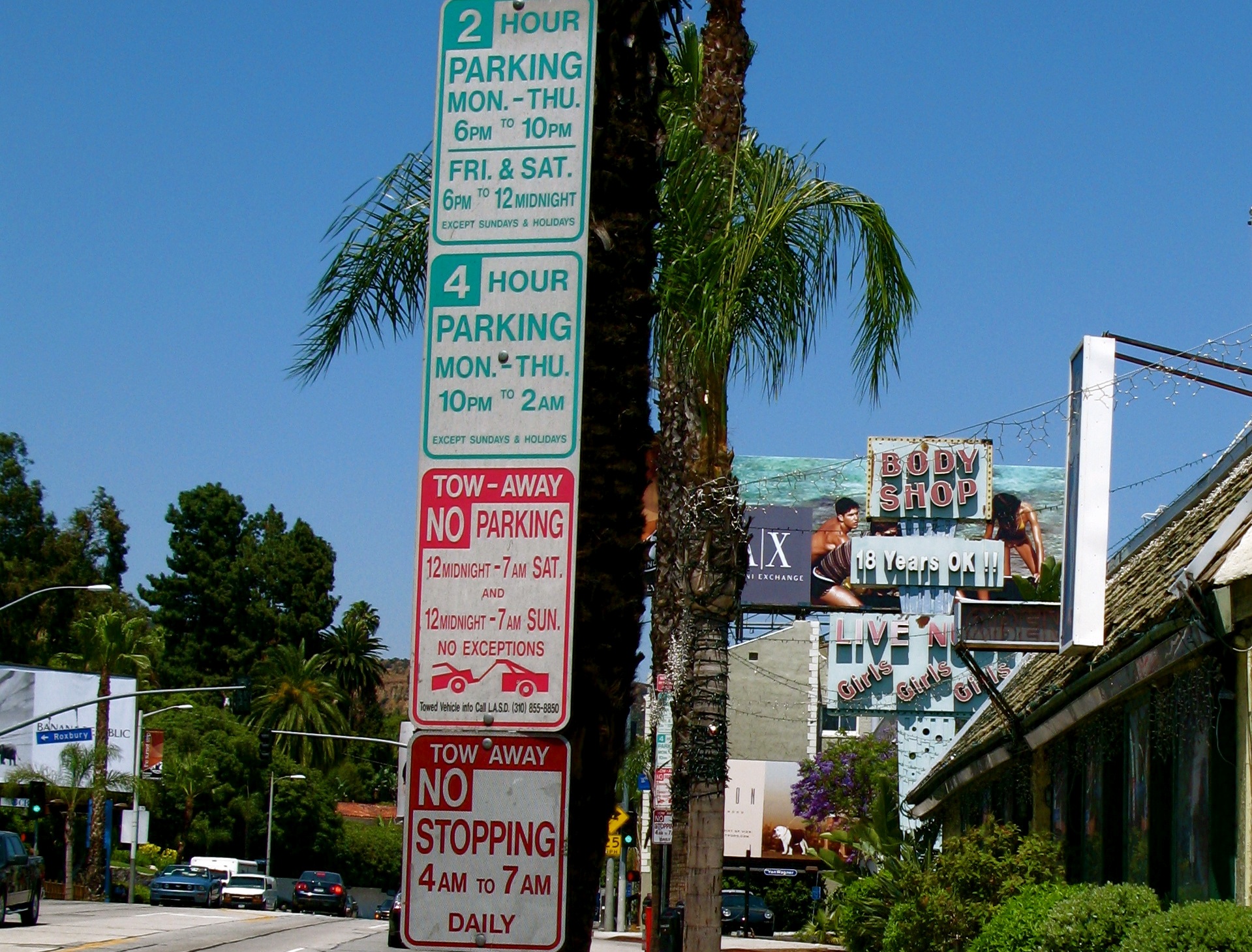 I like to think of myself as a pretty smart guy, but when I moved to Los Angeles from San Antonio, Texas I quickly tallied up $1,500 in parking tickets. In the world of L.A. parking sign decryption (picture a mythical universe where Harry Potter collides with Parking Wars), even a perfectly intelligent newcomer is both ill-prepared and ill-financed for the adventure at hand.

After trying to decipher such signs for over a year, I examined my bank account and concluded I couldn’t afford to keep playing park-and-pray with the LADOT. They were winning, and winning big. I’d been towed three times and received too many parking tickets to count. On one occasion, an officer knocked on my window, told me I was parked illegally (my engine was running the whole time), and said I should move along. I drove off thinking everything was fine, only to receive a ticket in the mail two weeks later. Ouch.

It’s one thing if you intentionally park illegally and get a ticket. That’s rolling the dice. But most of the time people in L.A. aren’t trying to break the law. They read the signs from top to bottom and simply don’t understand what on earth all those conflicting instructions are trying to tell them. That’s why the city of Los Angeles rakes in a cool $150 million annually in parking tickets and does next to nothing to make its regulations less confusing. It’s a regressive but reliable system of cash flow.

Eventually, I boned up on L.A. parking law and saved a lot of money, but I kept hearing friends complain about getting tricked into tickets. So I decided I should stop my complaining and try to do something to help L.A.’s bewildered parkers. First, I looked around for a mobile phone app that would help. I expected such a thing would already exist, since people have been complaining about parking and traffic in L.A. since the beginning of curbs, but it didn’t. So I decided to make my own.

I’m not a programmer, but I am a decent learner. First, I downloaded the free Apple software development kit, SDK, which allows rogue do-gooders to turn their ideas into iPhone apps. Then, I watched some basic YouTube explanatory videos. Finally, I broke down and bought a couple of Xcode programming books. After a few false starts, I created, designed, and fully coded my iPhone app in just a few months.

Once you’ve launched Park Safe LA on your phone, you’ll find two sections: information and “Help Me Park.” The informational section provides basic L.A. parking stuff you should know, like what all those crazy curb colors mean, the three most common parking signs in L.A., and the five most common parking myths in L.A. The “Help Me Park” section directs you through selecting the type of parking signs above your spot, then deciphers them for you in less than a minute.

So far, I’ve received a lot of positive feedback, which is gratifying. Plus, I haven’t gotten a ticket in years (knock on wood). But the bottom line for me is this: I discovered something about Los Angeles that sucks—parking—and tried to do something about it. I hope other Angelenos with L.A.-related frustrations will also take action. It’ll make the city better—and, better still, it might even save us some money. That $150 million in parking tickets would buy a lot of coffee.