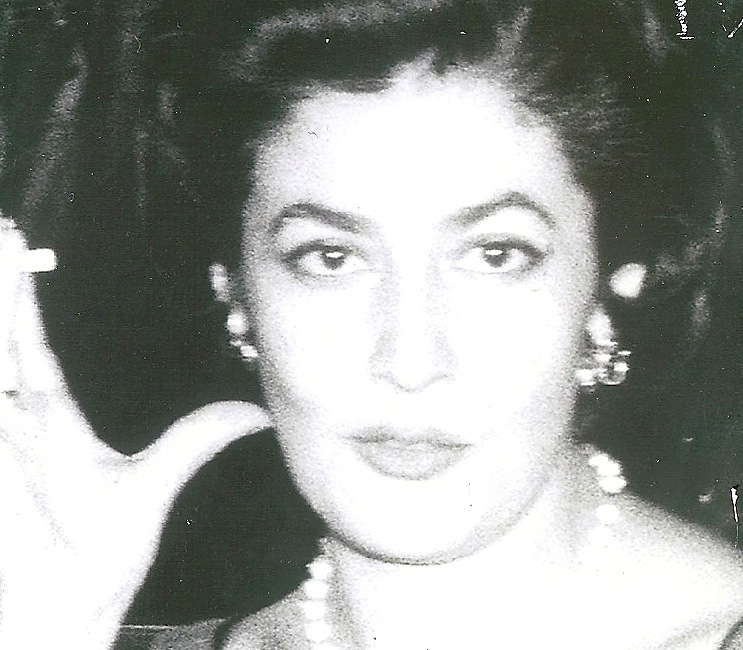 A few weeks before my grandmother died, a hawk appeared at my window. It came in the form of a shadow that swept across the patio. The figure then sat on the outdoor dining chair. It took me a few seconds to realize it was not a crow—its talons and beak were too enormous. And then my eyes took in the beauty of its feathers, a pattern of white dots, and a red tipped-tail. We stared at each other for several seconds, and then the hawk flew away. A day later it returned, looking down on me from a palm tree. A few days after that, it flew through the backyard again.

I am not a superstitious person. But the hawk’s persistence, its nearness and its pause to look at me, was startling. Could it mean something? My friends told me it was a sign. In some cultures, the hawk is a spirit bird that brings a message of death or clarity from an ancestor.

When the call came, it was not a shock. My grandmother was 93. But it was a blow. I didn’t feel it at first, at home in Los Angeles. The enormity of it came to me two days later in Cuernavaca, 50 miles south of Mexico City, as I looked at the faces of the people at her Mass. The depth of the sadness for a person who was a few years shy of 100 almost seemed strange. But then I realized that my grandmother’s death marked the end of an era not only for me, but also for our friends, our family, even the city where she had lived for seven decades.

The Cuernavaca she moved to from Mexico City in the early 1940s was barely a town. My grandfather, a colonel in the Mexican Army and a doctor, was sent there to establish Cuernavaca’s first Red Cross and its first pharmacy. My grandmother excelled as a doctor’s wife. She oversaw charity balls, presided over dinners, and saw the expansion of Cuernavaca into a modern-day paradise for rich Mexicans and Americans. She dined with Cary Grant (who told her she looked like an Indian princess) and the artist Vicente Gandia. My grandfather treated the city’s poor for free, subsidized by the fees he charged rich clients like the heiress Barbara Hutton.

On the day of Mam’s mass, the rain poured down hard. At the entrance of the church, there was a group of beggars. One was in a wheelchair, missing both legs, his body twisted and scarred from his hard life. But then my aunt approached him and greeted him by name. He held her hand and spoke to her by name. As she gave him a few pesos, he called out to her, “I will always be grateful to your father.” This man had been very ill as a child. My grandfather had saved his life.

My grandfather died in a car accident in 1965—leaving my grandmother a well-off young widow. She became a liberated woman—an uncommon sight in the Mexico of that era—and she moved out of the sleepy resort town and back to a cosmopolitan life in Mexico City.

For a very long time, my grandmother held near-mythological status in my mind. Before my family and I moved to the United States, we lived above my grandmother in a Mexico City apartment. I loved running down to her place and playing with her clothes, her jewelry, and makeup. Her raven hair, high cheekbones, and rosebud lips reminded many of Ava Gardner in her prime.

When we moved to the U.S., she would visit often and stay for months at a time. After a long day of shopping, she would come home and ask my father if he would make her a whisky “for her feet.” She traveled to Hong Kong, Russia, and Iran, always returning with spellbinding stories. She was a master at the art of using honey, not vinegar, to get her way. Her friends threw her a bachelorette party when she remarried at 68, and she slept in silk negligees deep into her 80s.

As I grew older, I began to see Mam’s faults. She spent money freely and carelessly—all the inheritance gone with the wind, my mother would lament. She never bothered to think about unpleasant tasks today when they could be thought about tomorrow. For her, life was about fun and beauty.

And in my mind, so was Cuernavaca, the city she returned to in her 60s after living in Mexico City and San Diego. And so I would visit her every summer during my formative years, relishing the charm of being around my grandmother all the time, and attending parties with my grandmother’s core group of girlfriends, who ruled the town (and were jokingly called las intocables—the untouchables). It was a city bursting with natural beauty—green ravines, brilliant magenta-colored bougainvillea, enormous amate trees with giant roots upending the earth around them, marvelous thundershowers. To me, Mam was Cuernavaca.

But just as age tamed the hues of my grandmother in my eyes, Cuernavaca too emerged as more complicated. By the 1990s, it exploded with growth it could not manage. It soon became a weekend retreat for the narcos—rumored to be Zetas. Today, Cuernavaca’s once dense hillside ravines, which were depicted by the English writer Malcolm Lowry in his famous novel of Mexico, Under the Volcano, are sprouting tenements. At church, priests say a prayer for kidnapping victims. Once-graceful homes and hotels my grandmother would visit with friends are either abandoned or shadows of what they once were.

The city I loved is gone, and so is my grandmother. But I have come to appreciate the true legacy she left me. I try to remember her sense of fun. I feel her in my kitchen as I try to make her cilantro and garlic potatoes. After a long day, I have a whisky for my feet.

Like her, I believe that the sorrows of life go down smoother with friends, laughter, and tequila. I remember those languid summers in Cuernavaca frequently, especially when it’s warm in Los Angeles, in the early evenings, when the crickets and frogs are chirping in my garden and the smell of jasmine scents the air. It’s true that my grandmother and the Cuernavaca I knew and loved are gone. But their spirit is in me.

When I came back to Los Angeles after the funeral, I took a break from work to walk along the balcony on the top floor of my downtown office. As I turned the corner, a large figure appeared on the ledge. I came closer, and there it was again. A hawk. We looked at each other for several seconds, then it jumped off the ledge and spread its wings, disappearing into the city.