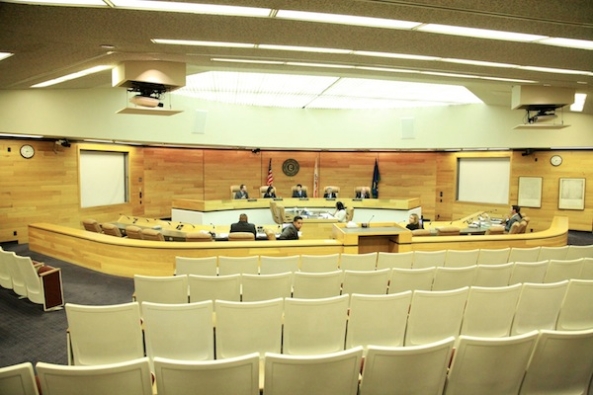 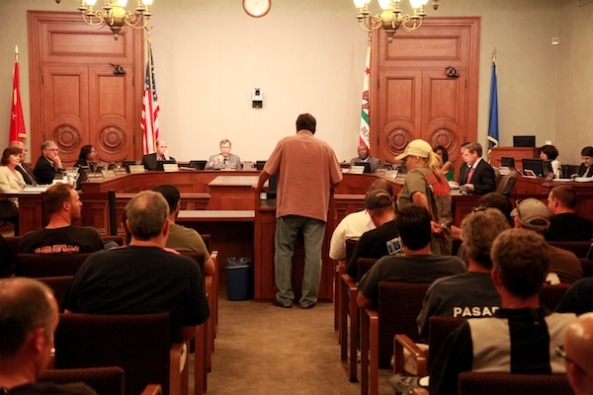 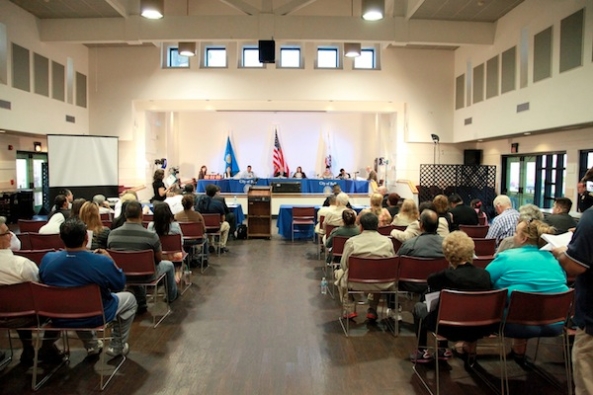 Bell: Despite post-scandal changes, the layout of the city council room remains unchanged. 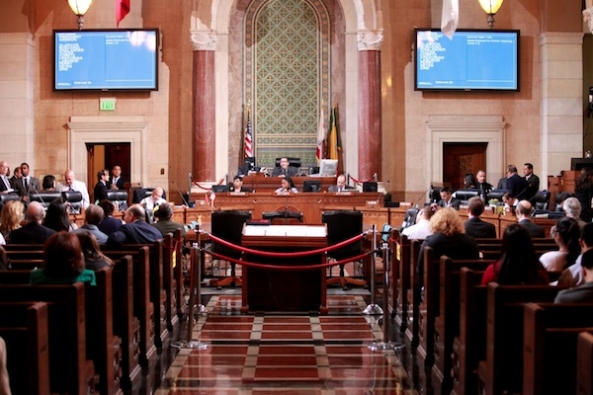 Los Angeles: The barriers between public officials and the public are clear and, in this case, bright red. 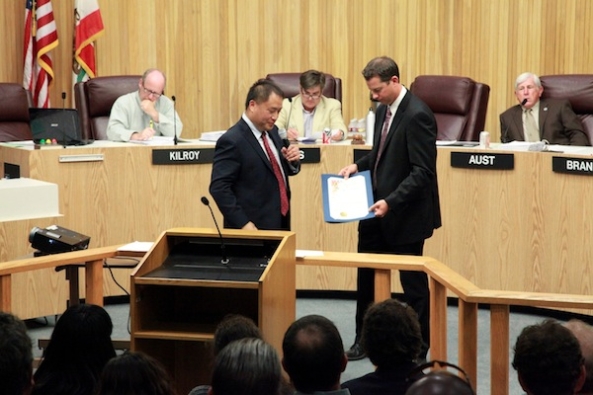 A ceremony takes place at a council meeting as members focus on other work. 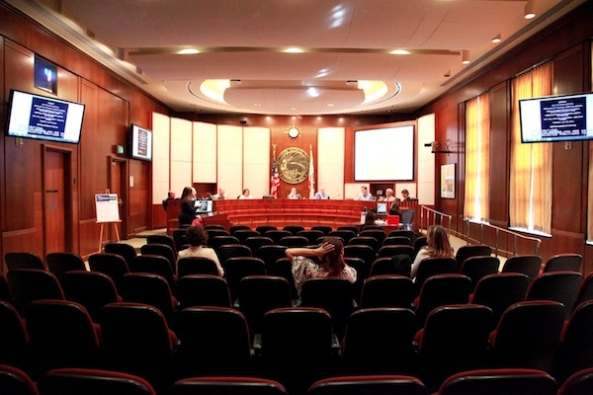 Santa Monica: The seats are often full at the Santa Monica council, but not on this day. 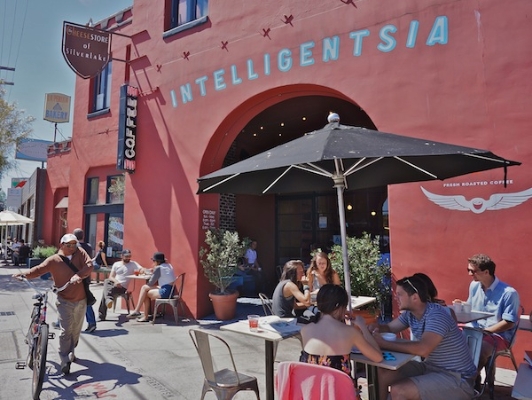 California is a diverse and dynamic place. But not when it comes to city council chambers. Photographer Jake Fabricius visited council chambers when meetings were in session in a rich mix of cities around Los Angeles County: Bell and Redondo Beach, Cerritos and Santa Monica, Pasadena and Los Angeles. For all their differences, their chambers are remarkably formal, and similar: rows of benches and fixed seats, built around aisles, with raised seats and desks for council members. Many of these seats were empty, and no wonder. If city council meetings are for citizens, then why are citizens relegated to bystanders, their seats facing the politicians, and not each other?

A final photo shows a familiar alternative setting for meetings of all kinds—of friends, of dates, of business partners: a coffee shop. The photo of Intelligentsia, in the L.A. neighborhood of Silver Lake, shows life and connections that are pretty much impossible to find at your local city council meeting. If only council meetings could breathe in more of the flavor of café. Zócalo California editor Joe Mathews offers his thoughts and suggestions on how that might work.