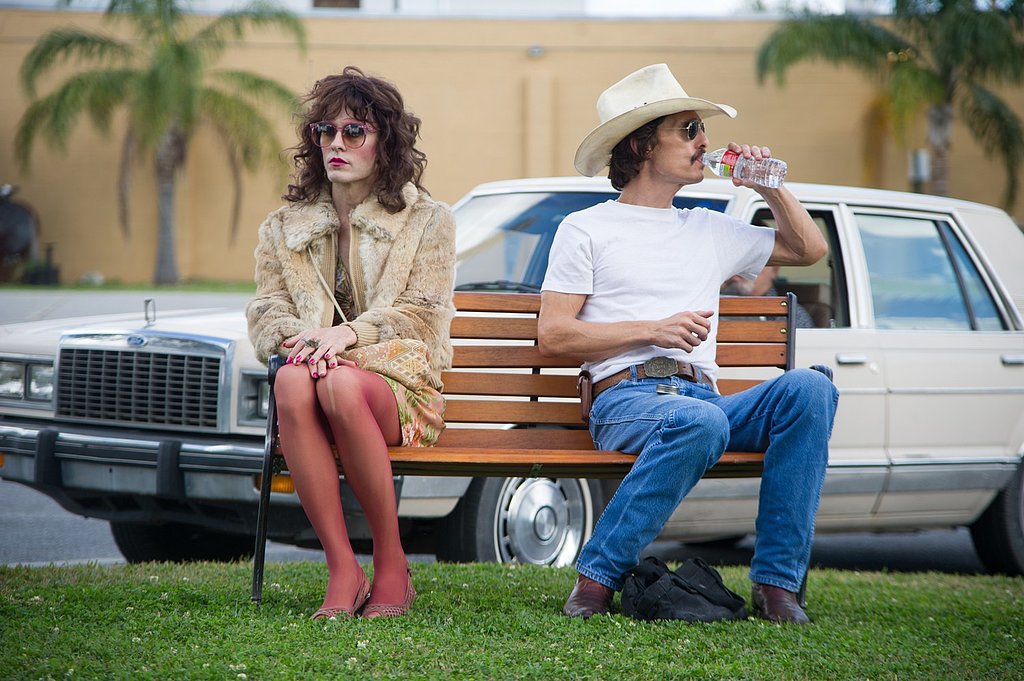 I don’t usually bother with the Oscars, but this Sunday I’ll be on my sofa, snacks in hand, watching the 86th annual Academy Awards in real time. I’m forgoing my usual highlight reel approach to pop culture news because Dallas Buyers Club is up for six awards, including best picture, and following this particular film’s dance with Oscar is a matter of professional importance to me.

The first trailer for Dallas Buyers Club thrilled me, and I made it my business to catch it during opening week. The film tells the story of homophobic rodeo cowboy Ron Woodroof, who, upon receiving a diagnosis of AIDS in 1985, started smuggling unapproved pharmaceuticals into Texas to treat his symptoms—and those of other AIDS patients who joined his “Dallas Buyers Club.” The movie more than lived up to my expectations: It’s artfully made and raises many of the complicated questions of patient identity and politics that my scholarship engages.

However, the film also produced a wide range of responses—including intense criticism—from the folks who bore the brunt of the HIV/AIDS crisis of the 1980s and 1990s. Many who knew Ron Woodroof say the story gets him wrong, while others question the politics behind choosing to tell the story of a straight white man at all. Glenn Dunks of Junkee, for example, recently characterized the film as “heterosexual white-washing” of the HIV/AIDS crisis. Others take issue with the way transgender women are represented in the film.

Several former members of the AIDS Coalition to Unleash Power (ACT UP)—the most influential direct action AIDS advocacy group of the 1980s and 1990s—have also been critical. Activist Patrick Mulcahey wrote in The Huffington Post, “Dallas Buyers Club steals our story and tells it like we weren’t even there.” Many people intimately familiar with the AIDS crisis agree with Mulcahey that focusing on one man (and a white, heterosexual man at that), leaves them, their activism, and the people they loved and lost out of the story of the AIDS epidemic.

Given these (legitimate) concerns, is this a movie I should support? It’s a hard question, but not an unfamiliar one. I frequently lose sleep asking myself where my own academic work will position me in conversations about the way we remember the AIDS crisis, in part because I was born in 1986; I was too young to participate in the movement I claim to be an expert on.

I’m not haunted by the dead. But I am accountable to the living. The survivors of the crisis are not only still alive but also are—on the whole—relatively young. They are also still pretty pissed off. And rightfully so.

That’s the worst nightmare of many historians. Civil War widows can’t talk back, get angry, or write letters. The stakes of my work are ever-present, looking over my shoulder, forcing me to question everything I think I know. It’s uncomfortable, but I’m very lucky to be surrounded by survivors, particularly given the carnage of the AIDS crisis, which continues both here and abroad.

With all stories society deems worthy of remembering, there comes a moment when history and memory collide. World War I recently completed the transition from memory into history. In those early moments, though, historians are like relay runners handing off a baton: terrified we’ll drop it. In many ways, I’m running the same race as the artists behind Dallas Buyers Club.

Problems aside, Dallas Buyers Club manages to capture a facet of the experience of AIDS activists in a way that no other film has. Director Jean-Marc Vallée almost viciously denies his audience the time or space needed to process the emotions the film’s stars—Matthew McConaughey and Jared Leto—so expertly evoke. The film moves too fast. As a result, the viewer experiences—albeit only for two hours—the numbness, emotional exhaustion, and mélange of disconnected thoughts and feelings that hundreds of thousands of Americans lived with during the HIV/AIDS crisis of the 1980s and 1990s.

The story reflects equally deliberate choices. The real Ron Woodroof was a rodeo enthusiast, not a participant. The film uses his bull-riding as a metaphor for the experience of living with AIDS: holding on, waiting desperately for a payoff that, deep down, he knows will never come. Falling off the bull is as inevitable as it is unthinkable, and the constant struggle to hold on has real costs.

In 1988—shortly before his death—AIDS activist Vito Russo told fellow members of ACT UP, “We’re so busy putting out fires right now that we don’t have the time to talk to each other and strategize and plan for the next wave, and the next day, and next month, and the next week, and the next year.” Dallas Buyers Club tells Woodroof’s story in a way that helps those of us who weren’t there understand what it was for Russo and others to live the AIDS crisis, to jump in the chute, and ride for your life.

I spend a lot of time thinking about the politics of memory, about whose story gets told, and why. The past few years have seen a new wave of historical and artistic production around HIV/AIDS, including documentaries like We Were Here (2011), How to Survive a Plague (2012), and United in Anger: A History of ACT UP (2012). Later this year, HBO will release its production of ACT UP activist Larry Kramer’s play The Normal Heart. I love Dallas Buyers Club not because it doesn’t have problems, but because it exists in concert with these other narratives, and because its success may mean the green-lighting of more movies about the AIDS crisis, movies that perhaps address its blind spots.

Following the reactions to Dallas Buyers Club and thinking through my own feelings about the film helps me better understand my role in the process of collective memory making. I wasn’t there, I don’t have all the answers, and I know that some of the opinions I voice, and some of the stories I tell, will meet with the disapproval of the men and women who inspired me to do this work. I am equally aware that my voice adds something to the conversation, an analytical distance that those who’ve waded in rivers of death shouldn’t have to muster. Bumpy as the transition from memory to history is, the alternative is silence, and, as ACT UP famously put it, “Silence = Death.”

I’m going to try really hard not to drop the baton.