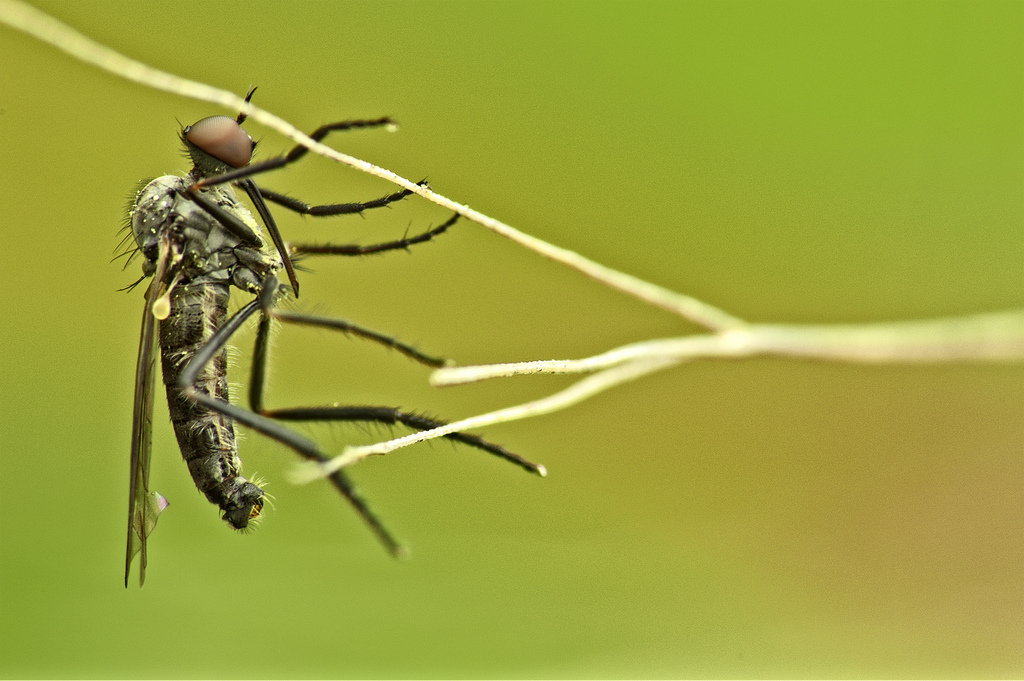 One stifling July evening in 1952 a recently discharged Marine veteran, home from Korea, was spending the Fourth of July weekend camping at Lake Vera in the rolling foothill terrain of the Sierra Nevada, northeast of Sacramento. Mosquitoes were out in force that evening, and a considerable number of them fed voraciously on the lone Marine as he slept openly under the stars. When they were done, some of them dispersed to other areas of the lake and bit some of Camp Fire Girls who were out on an excursion.

The Marine happened to be suffering an acute relapse of vivax malaria that he’d contracted in the war zones of Korea. Through the bites of the swarming, anophelene mosquitoes, the malaria infection became established in 35 individuals physically connected with the Lake Vera area at a critical period in the middle of summer.

The story of the Marine and the Camp Fire Girls remains as one of the most memorable case studies of mosquitoes’ ability to spread misery—and as an example of California’s special place in the history, and present, of mosquitoes and disease.

The transfer of the malaria parasite from the liver and blood stream of the Marine (the host) to the mosquito (the vector) then to the Camp Fire Girls (new host) constitutes the life cycle of the malaria parasite. This life cycle is a subject studied, memorized, and regurgitated in final examinations of all health science students in our institutions of higher learning. In 1952 when the outbreak occurred, I was an undergraduate student at University of California, Berkeley, and one of many students who had to endure the tortuous experience of studying this highly complicated subject in my classes in parasitology, medical entomology, and epidemiology. The complexity of the mosquito-to-pathogen-to-people journey is why it took almost two years for all of the details of the Lake Vera outbreaks to be collected, analyzed, and reported out.

Ironically, just as the news of the Lake Vera malaria cases was beginning to surface, California was experiencing a serious epidemic of infectious encephalitis caused by two viral agents: western equine encephalomyelitis (WEE) and St. Louis encephalitis (SLE). The WEE virus could cause serious disease affecting the central nervous system in people and horses; the SLE affects people. While the Lake Vera malaria outbreak had local and non-lethal effects, the WEE and SLE outbreak resulted in 729 human cases including 51 deaths, mostly from Kern, Fresno, San Joaquin, and Tulare Counties between June and October. Four hundred cases of encephalitis were reported in horses as well.

I was too young to be directly involved in responding to either outbreak, but both had significant, immediate impacts on my career in public health. In 1953, the state government offered me a public health internship and assigned me during the summer months to one of the counties severely impacted in the encephalitis outbreak. Among other duties, I was given the task of identifying mosquitoes from a dozen or so collecting traps that were part of an effort to organize a new, countywide mosquito control program. This would change my life.

After a break from mosquito work for a two-year stint in the U.S. Army Medical Service Corps in France, I was invited to join a University of California, Berkeley research group in early 1959 that was conducting studies on the epidemiology of WEE and SLE in Kern County, one of the worst affected counties in the 1952 epidemic. After my work there, I eventually joined the University of California, Davis faculty and co-authored a book, Mosquitoes of California, in 1978. I have had the opportunity to observe and study disease outbreaks in California over many decades: the Venezuelan equine encephalitis outbreak in the 1970s, the sporadic cases of malaria in Northern and Southern California (agricultural workers in San Diego and Fresno Counties) and Punjabi immigrants (Yuba County), and the West Nile outbreaks in California in the past decade.

I’m retired now, but mosquitoes and diseases they carry never cease to amaze me. So I couldn’t help but feel a thrill of anticipation at the biggest mosquito news to hit California in recent years: multiple findings of the mosquito that is associated with yellow fever, Aedes aegypti, in California.

The mosquito was found in the Central Valley communities of Madera and Clovis in early June 2013, then in Fresno, and finally approximately 150 miles away in San Mateo County in the San Francisco Bay area in August. Investigation into these mosquitoes continues. Genetic studies have revealed that they are similar to populations in the region stretching from New Orleans to Houston—and likely did not originate from geographically adjacent Arizona and northern Mexico that long had aegypti. It is also unlikely that this introduction represents an accidental laboratory release. It’s more likely that the long-distance movement of people or goods across the New Orleans-Houston corridor is responsible for the mosquito’s emergence in California.

This isn’t the only mosquito news. The Asian tiger mosquito, Aedes albopictus—once thought to have been eradicated after arriving more than a decade ago from South China via containerized oceanic shipment of “lucky bamboo” packaged in standing water—was rediscovered in Southern California. And the prognosis is not good that these mosquito invaders will be eliminated or fully controlled in the coming years.

Both are associated with the transmission of dengue and Chikungunya viruses that cause serious human diseases. And as mosquitoes that bite during the day, they serve as a serious nuisance. Both species may be close to being established. Once established in a given geographic area, mosquitoes are difficult to eradicate. The main difficulty stems from the fact that both aedine species tend to blend themselves into human habitation (e.g., backyard gardens) better than any other mosquito species currently in California. Inspections for larval breeding or adult resting sites require house-to-house searches, a formidable logistical problem. And there is preliminary evidence that insecticides currently used against local species may not be efficacious against the invading species.

Another problem is governmental: California has changed its infrastructure for confronting mosquito-borne disease. Such work used to be performed by a fruitful collaboration of three separate organizations: the California Department of Public Health (CDPH), the Mosquito & Vector Control Association of California (MVCAC), and the University of California Agricultural and Natural Resources (UC-ANR). The UC-ANR fulfilled the need for scientific research to support the public health department’s program, which yielded important information on disease epidemiology, basic mosquito biology, and toxicology.

But, despite years of success in science and attracting money, the program was discontinued in 2008, presumably because of cutbacks forced by the recession.

This void is important because only investigation—and time—will tell whether or not California will have to tolerate the presence of two exotic mosquitoes for the long term. We also need to know why. Is climate change the cause of the successful invasions? If so, does this mean that we need to prepare for the invasion of other tropical species from abroad bearing exotic disease agents? Will the current drought determine whether the invaders will become fully established?

And can we defeat invasions by mosquitoes? Will we develop biological and chemical control measures and new monitoring techniques in sufficient time to assist the 60-plus local agencies working the problem? Will our mosquito issues become important enough to restore the university research (at UC-ANR) and the collaborative infrastructure that existed prior to 2008? 2014 may hold some answers—but also great challenges for public health officials and the residents of California.