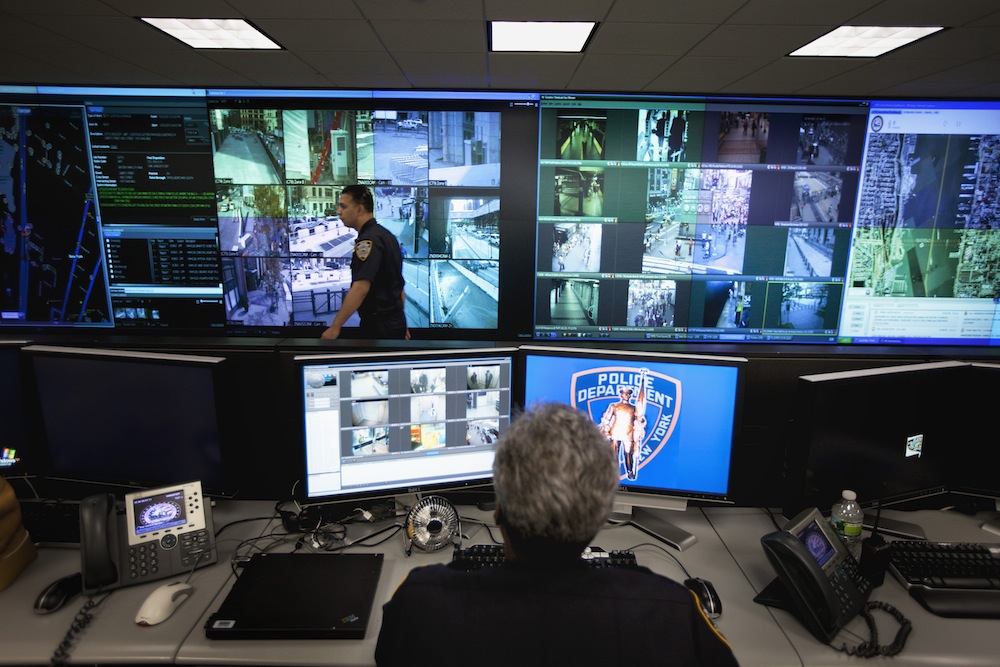 For many years, local and federal law enforcement agencies spied on Muslims and mosques in the U.S., hoping to find bad guys before they could commit acts of terrorism. But earlier this month, New York City Mayor Bill de Blasio announced that he was abolishing the police department’s Muslim-spying task force so that “our cops and our citizens can help one another go after the real bad guys.” Which makes sense, because in over a decade of surveillance, the NYPD failed to find even one potential terrorist.

On September 26, 2007, long before the surveillance program was public knowledge, I received a phone call from a blocked number. The voice on the other side identified himself as a detective from the NYPD anti-terrorism unit. He and another detective, from the FBI’s weapons of mass destruction unit, wanted to meet with me in person, and they wanted to meet within 30 minutes. It was an urgent matter.

During our very brief conversation, the NYPD detective asked me where I was. Because I was going to be with a friend of mine in Manhattan’s Koreatown, we decided to meet on a nearby midtown corner. Rushing, I arrived about 10 minutes early. During those 10 minutes, time seemed to stop altogether. Why was I so important for them? What had I done that was so wrong?

I had talked to NYPD officers before. On September 11, 2001, I saw the second plane crash into the World Trade Center with my own eyes while reporting live over the phone from the Brooklyn Heights Promenade for Kanal-D TV in Turkey. I had worked on a top floor of the South Tower as a photographer from August 2000 to May 2001. After the attacks, I spent the next few months at Ground Zero, interviewing firefighters, rescue workers, and police officers. By 2001, I had lived in New York for three years. But September 11 became a defining moment in my personal life. For the first time, I felt like a New Yorker.

The detectives arrived five minutes late. They found me quickly. How did they know what I looked like? I said hello and shook hands with them. There was a café right on the corner, so I invited them to sit down and chat inside. They didn’t object.

It was right after the busy lunch hour. People were still running in and out of the café. We sat down at a table, and I asked them how they liked their coffee. Unprepared for such an offer, they both asked for regular coffee with milk and sugar. I also bought three bagels.

In Turkish culture, coffee symbolizes friendship and trust. Even in a remote village, a stranger is offered coffee upon arrival. I offered the detectives coffee because I didn’t feel hostile toward them; I assumed they were protecting me. And I wanted them to feel comfortable and safe.

They tried to be friendly but didn’t show any emotion. I gave each man my business card as I put coffee and bagels down at the table. They both took a minute to read my name, although they kept mispronouncing it with their heavy Brooklyn Italian accents. It was like watching The Godfather. This was starting to feel like fun. With a wide smile, I asked, “What can I do for you?”

They took some papers out from their generic black handbags. The FBI detective spoke first: “How do you know this Mary?”

I actually didn’t know anyone named Mary, so I asked him to rephrase his question. He handed over one of the pages and asked me again, “How do you know that Mary?”

The paper was a printout of one of my e-mail messages. I was terrified: He knew my password. I thought it would be dull to ask him how he had obtained it. So after slowly reading my own e-mail, which some other person had printed without my consent or knowledge, I started explaining.

The day before, on September 25, 2007, I had written to an official named Mary at the Florida Fertilizer & Agrichemical Association about a possible business deal with a Turkish company. A distant cousin of mine, who owned a large fertilizer distribution company, was looking to import U.S. fertilizer. Since my cousin didn’t speak any English, he asked me to help him find factories here. After some research, I had contacted Mary to see if any of her organization’s members were interested. At some place in my e-mail, after apologizing for a late reply, I had written:

Yesterday I was at First Lady Bush’s luncheon. It was interesting as 35 first ladies came together to support education. By the way, I spoke with my cousin about the amount of fertilizer he was interested to buy, and he said he would buy around 50,000 tons.

I clarified in detail for the detectives: that I had never met Mary in person, that my distant cousin was a legitimate businessman, and that the Florida Fertilizer & Agrichemical Association had requested his contact information before they even spoke with me.

The detectives listened with suspicion, often giving each other sidelong glances. I continued explaining, and because I thought it might help me, I showed them my press badges from the State Department and United Nations.

Then, one at a time and in different words, each detective asked if I knew how to make bombs using fertilizer. At that moment, I figured out what was going on. I’d had no idea until then that fertilizer was used in bombmaking. How ignorant of me! I felt a sense of overwhelming shame.

The detectives asked me more questions—about Turkey, Islam, the Turkish-American community in New York, and whether I knew people here who could be al-Qaida sympathizers.

By the end of our meeting, the detectives recognized that my case was “dead.”

What I didn’t understand was why they had brought me in for questioning in the first place. All of the information about my cousin, his company, and my involvement in the deal could be found in previous e-mails—to which both the NYPD and FBI had unfettered access. But they still wanted to make sure I was not a terrorist.

Two detectives, whom I had never seen or heard of before—two very foreign people—had just reminded me of what I had written. The feeling of having any kind of privacy was shattered in my mind. What else did they know?

We shook hands and the detectives left, their bagels all eaten and coffee cups empty. I was left with a feeling of betrayal—and questions. I loved New York City so much that I had adopted it as my new home. I worked hard and paid my taxes. I even asked people on the streets to clean up after their dogs. Why didn’t the United States and the city of New York treat me equally? And, how should I respond? Should I pretend this meeting never took place—and keep writing e-mails as though it was perfectly natural for strangers to be reading all my communications? Or should I be alarmed by the invasion—and lose my trust in government?

At first, I thought my case had nothing to do with spying on Muslims, but as I heard more and more stories from others who had had similar experiences, I became convinced that surveillance was being conducted indiscriminately on thousands of other Muslims. When I write an e-mail message today, I do so with full awareness that a stranger who is very suspicious of me is reading it. I feel sorry for the person surveilling my messages, since he or she has the job of a robot, deciphering nonexistent codes in my e-mails rather than having real conversations with other humans.

But I feel even more sorry for Muslim-Americans. When your own government treats you as a criminal, where can you find justice? Had I not been Muslim, would that meeting with the cops ever have taken place? Did our conversation make America safer? Would a professional bomb-maker ever use e-mail to buy fertilizer? And, why would anybody’s religion matter? Because terrorism has no religion, and religion has no terrorism.

Eventually, news reports made it clear that the NYPD was spying on Muslims digitally and treating mosques as potential terrorist hubs. But Muslims who have committed acts of terrorism have neither used mosques as their bases nor used electronic means of communications. The Boston Marathon bombers didn’t attend mosques, and they never talked about their plans online. Similarly, September 11 attackers never used American mosques for recruitment or for any logistical support. In fact, since September 11, American mosques have taken extra steps to keep their communities intact, to denounce extremism, and to preach good citizenship.

Years were wasted by the NYPD and FBI efforts to link U.S. Muslims to terrorism—and so were millions of dollars, some of which were probably paid by Muslims in taxes. Trust between the city and Muslims, and among fellow worshippers at mosques, was shattered.

It is hard to rebuild trust. As New York takes steps to abolish surveillance on Muslims, it’s fair to wonder if a new secret spying operation might be launched now, only to be unveiled in 10 years. How can our own authorities learn to trust us overnight? And how can we ever trust them again?