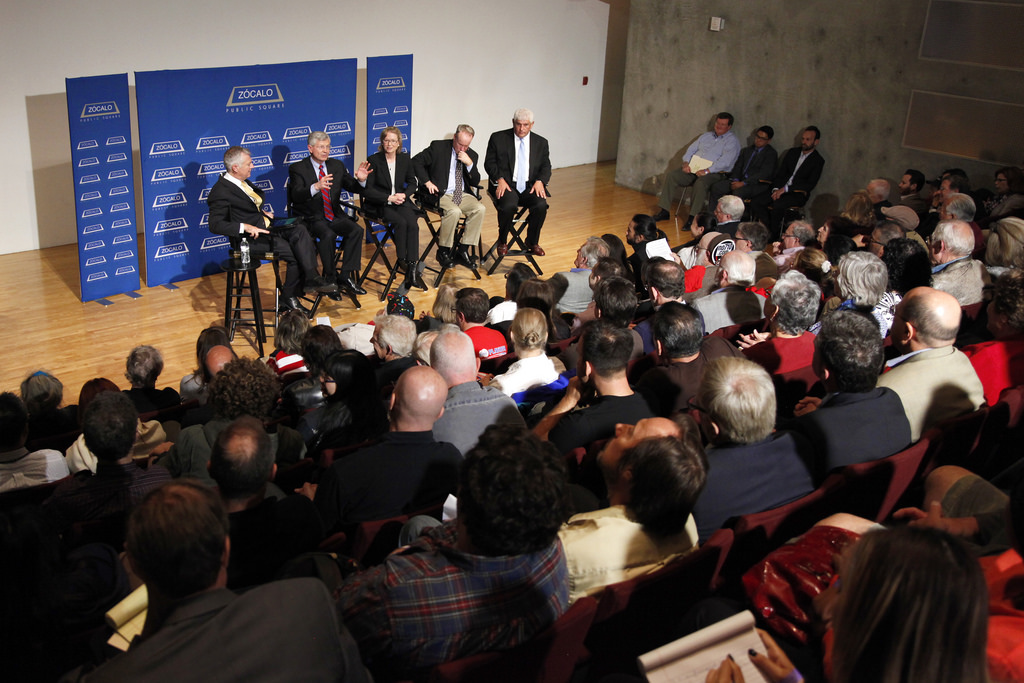 The future of the 710—one of Southern California’s most important freeways—is an important issue and the subject of passionate debate. It’s also at the center of one of the region’s longest-running transportation questions: What, if anything, should be done about the fact that the 710 has never been completed? In front of a full house at MOCA Grand Avenue, NBC4 general assignment reporter Conan Nolan moderated a panel co-presented by Metro about how the freeway, and the five options on the table for dealing with the 4.5-mile gap between Alhambra and Pasadena, affects the entire region.

“The short answer is yes,” said Ikhrata, adding that something needs to be done now because of projected population increases over the next 20 years.

Why, Nolan asked UCLA Institute of Transportation Studies director Brian Taylor, has this freeway become a thorn in the side of L.A. transportation?

Taylor explained that the stalemate has gone on for years, and as a result, it’s become deeply emotional for many people. And its costs are spatially concentrated: People in one location would bear the burden of the project, but its effects would be felt all across the region. It’s akin to a sewage treatment plant or airport being built in a neighborhood. It’s easy to mobilize the people most affected—because their community will experience displacement—and more difficult to get others involved.

One of the options on the table is a freeway tunnel. What, asked Nolan, would this mean?

Taylor said that the 710 is unusual because it connects to the port in Long Beach and sees a larger share of long-distance travel than other freeways. However, most travel is local, and this freeway is no exception. In general, people on any given street are coming and going just a few miles. While truck traffic on the 710 would be significant, “the share of people living and working nearby would be shockingly high” on the 710.

Turning to Clean Tech Advocates senior advisor and former California Environment Secretary Linda S. Adams, Nolan asked how much building a freeway affects the environment. With new technologies reducing vehicle carbon dioxide emissions, is it what goes on the freeway that matters most?

California is requiring cleaner cars and cleaner fuel; reducing vehicle miles traveled is the state’s third goal to reduce greenhouse emissions, said Adams. But “we know Californians are in love with their cars, and no one expects them to give up their cars,” said Adams. “The key is to provide options.”

Nolan asked if bumper-to-bumper traffic causes more pollution than a freeway tunnel would.

Ikhrata said that SCAG studies have shown that a tunnel would result in better air quality—and would decongest local streets and reduce costly traffic delays.

Public transit options—light rail and rapid bus transit—are also on the table. Are these viable?

Certain travel, said Taylor, is very well handled by public transportation. But many trips require a car—not just people going to work but midday errands and other trips that involve multiple stops. Even when an area sees an increase in public transit, the percentage of personal vehicle trips drops by less than 10 percent.

Another option being considered is to build nothing at all. What would this mean for the flow of goods and services in Southern California?

L.A. Chamber of Commerce president Gary Toebben—who lives in Pasadena—said that the impact would be greater on people commuting to and from work than on goods and services.

And, said Ikhrata, it will cost more to do nothing—in terms of the costs of traffic congestion and poor air quality—than to do something.

There have been many complicated transportation issues both in Southern California and elsewhere. What is it about the history of the 710 that makes it so difficult?

California Governor Earl Warren proposed the 710 Freeway in 1949, said Taylor. What’s unusual about the project is that it’s lasted so long, the depth of feeling gets passed down from generation to generation. Usually, community opposition and regional interests are able to negotiate; in this case, after a half-century, that’s become impossible. 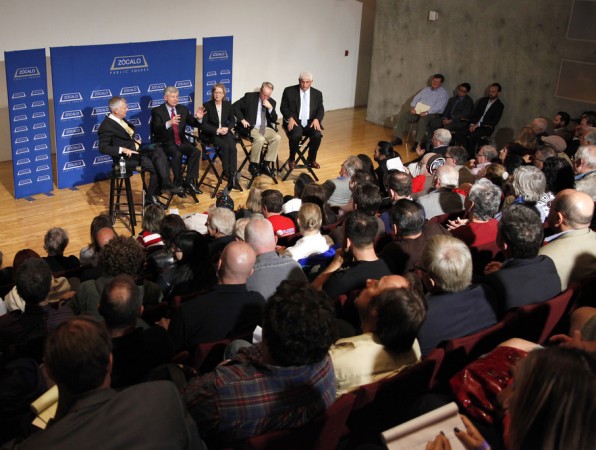 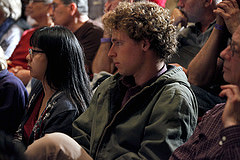 There was not an empty seat in the house 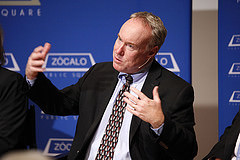 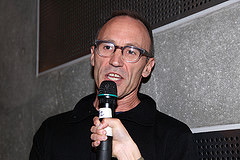 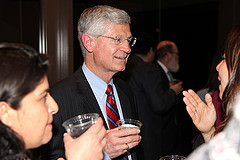 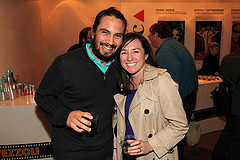