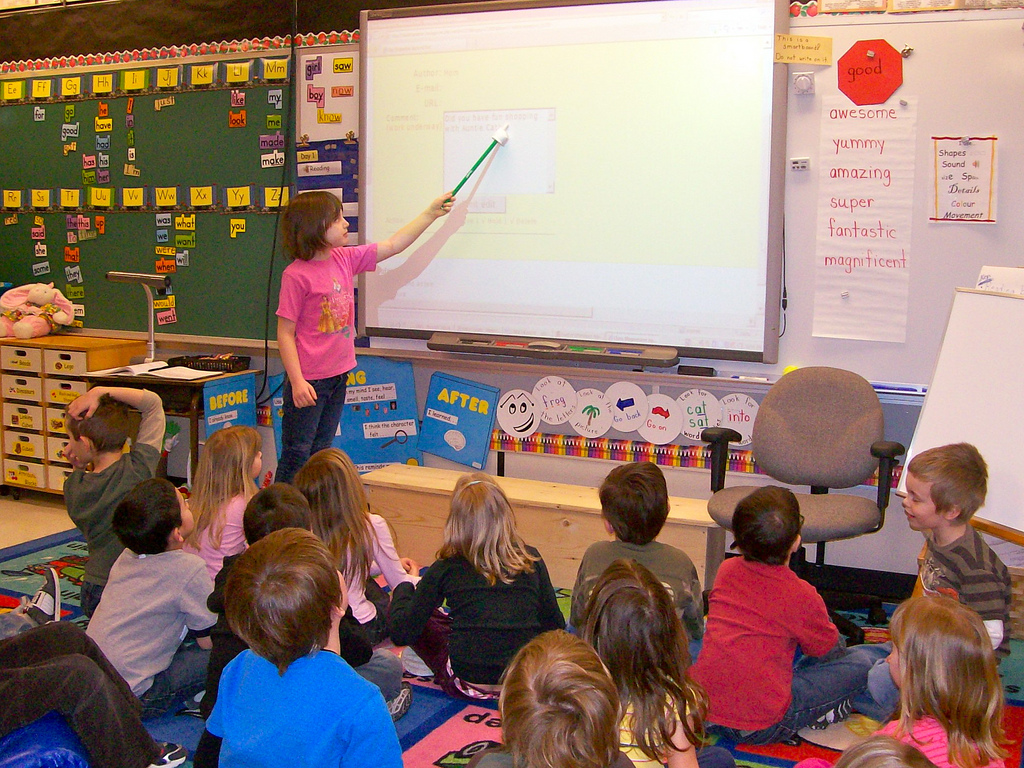 If you’ve ever wanted a chance to tell the people running your local school district how to do their jobs better, now is your moment.

The state of California has a new Local Control Funding Formula. Under the formula, districts are required to develop a Local Control and Accountability Plan (LCAP), a summary of spending priorities and goals for student achievement for the next three years. For the plan to be approved, the district must demonstrate that parents had the opportunity to weigh in (“meaningful stakeholder input” is the key phrase), particularly on the question of how the money will be spent.

These plans must be finished by July, so districts have just a few more weeks to involve parents in the process. But many parents are unaware of this opportunity for engagement. According to a Public Policy Institute of California survey conducted in mid-April, only 48 percent of parents surveyed said that their district had provided them information about how to get involved.

As president of our local education foundation in the San Gabriel Valley community of Temple City during the worst of the budget crises, I found my own input on budget issues frequently met with resistance and skepticism by educators, but that may change now that districts are mandated to listen to parents. Here’s some advice for making your voice heard in the plans for your local school district—and to avoid becoming frustrated and cynical.

Parents shouldn’t wait for an invitation to get involved.

When it comes to the future of your local school district, it’s up to you to grab the opportunity while it’s available. Sure, maybe the flier for the public meeting is buried in the bottom of your kid’s backpack. Maybe this is the first you’ve heard about the LCAP. But it is likely that some of your fellow parents have been engaged—while other parents have been left out of the loop. If you don’t know how to get involved, you need to ask.

In my own case, I contributed my input to the LCAP largely by accident. I just happened to be at two of the school site council meetings the district staff used as a proxy for parent engagement. Many districts have chosen to make use of these existing committees with parent representation. To reach a broader swath of parents, our district sent out an automated phone call asking parents to take a five-question online survey. Unfortunately, the school district didn’t make clear that the survey was intended for developing the LCAP plans, so many parents didn’t participate.

The process will be rushed, and it will be different in every district.

The way that your district collects “meaningful stakeholder input” could look very different from what happens in the school district in the next town over. As of yet, there is no standard process for collecting (or using) parent input in these plans, and there is no standard by which districts will be judged.

This uncertainty will add to the stress on well-intentioned school officials, who, as they work to complete the plans by July, are also running trials of the new Common Core curriculum testing process. As a result, collecting your meaningful input for the LCAP may take a backseat to other priorities.

The information you receive will be inconsistent and confusing, particularly when it comes to funding.

No matter how many times I ask how much additional funding our district will receive under the new Local Control Funding Formula, I never get a clear answer. The best and most truthful answer is: “We don’t yet know.” While the new formula eliminates much of the crazy categorical program rules that made previous California school funding calculations look like quantum physics, the new formula is still pretty complex.

In many districts, there won’t be many funding decisions for parents to influence—yet.

The new formula funds will be phased in over eight years and are based on optimistic economic growth projections. Districts with large concentrations of “high needs” students—low-income students, foster children, and English learners—will likely see large, immediate increases in their budgets because the intent of the new formula is to drive more money to those students.

But a small district like mine may not see a whole lot more money until the new funding formula is fully phased in, despite the fact that half of our students fall into the state’s definition of “high needs.” In fact, full funding may not happen at all since the tax increases from Proposition 30 expire in less than eight years. School districts are still recovering from several consecutive years of starved budgets. The small budget increases we gain in the short-term from the new formula won’t buy us many more programs, but maybe we can afford printer paper again.

“Local Control” is not about you.

If you think that the term “Local Control” means that parents will have significant say in a school district’s spending priorities, you don’t have the whole story. Local Control actually refers to the flexibility that districts have now that dozens of categorical funds and their corresponding regulations were consolidated into a simplified base grant. Even with the greater flexibility, the state still mandates that the LCAP plans cover eight broad priorities, such as student achievement and implementation of Common Core. And the state has all kinds of rules to direct what plans must include when it comes to those eight priorities.

For example, one of the eight broad priorities is student engagement, a big topic. But in the LCAP input survey for parents in our district, the question about student engagement was: “How can our district help more students attend school regularly?” Based on that question, one might conclude that we have a lot of kids cutting class, but in fact we have a 97 percent attendance rate. That 3 percent are missing school because they’re sick. Nevertheless, the state requires that we develop a plan to improve their attendance.

So our parents suggested that we use the LCFF money to buy more Kleenex to reduce germ spread. Even though improving attendance is not a priority for our parents, we still had to give input and come up with a plan for it anyway.

One element of the LCAP plans is supposed to be the development of goals to increase parental involvement in programs and school decision-making. The irony is that parents can’t shape future goals for their involvement if they don’t participate now. So look through those backpacks, listen to the automated phone announcements, and show up to the meetings. Seize this rare moment when they have to listen to us.