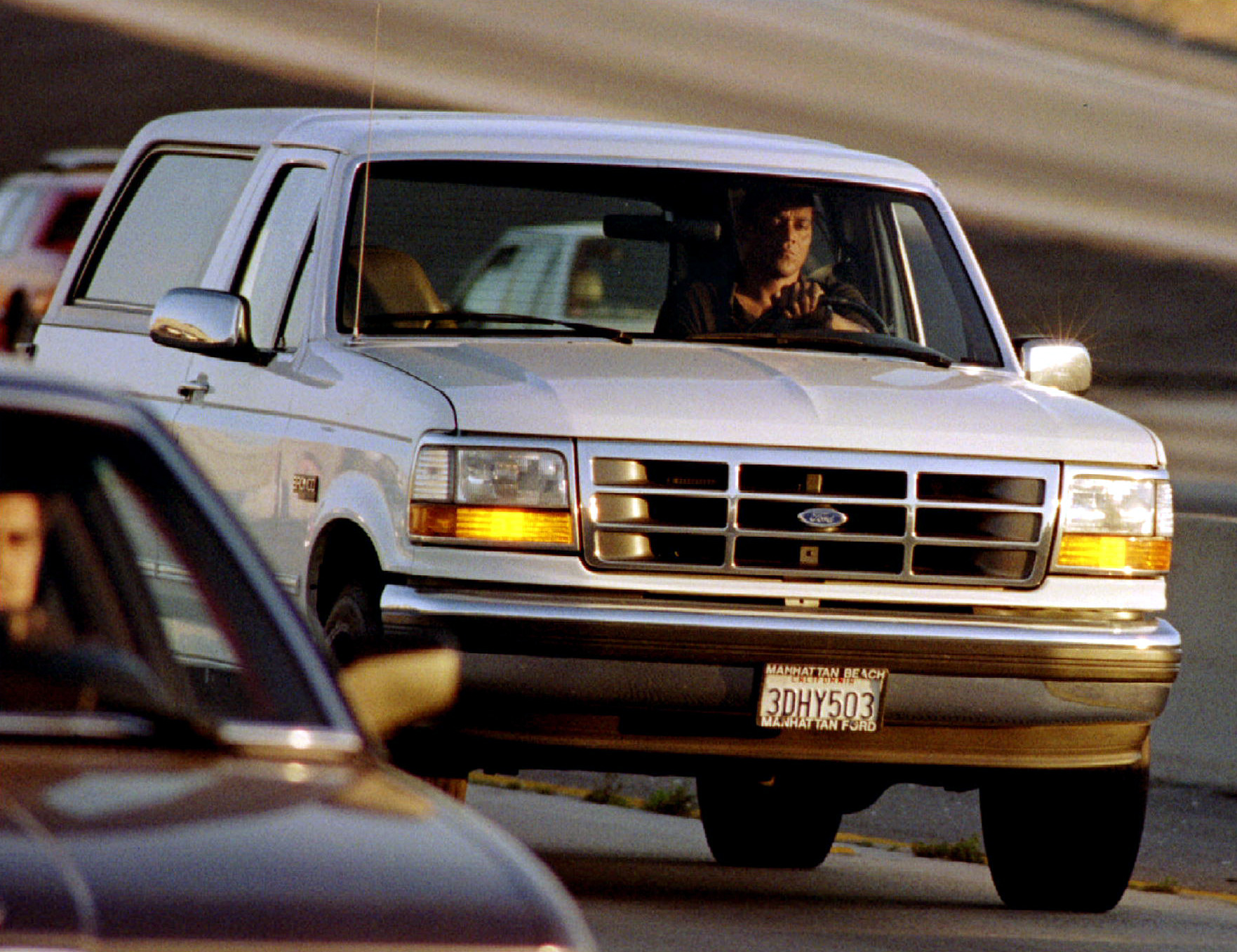 Twenty years ago this month, Al Cowlings drove his friend—the football star, broadcaster, actor, and soon-to-be-accused murderer O.J. Simpson—around the freeways of greater Los Angeles in a white Ford Bronco, trailed by police and with our entire state and nation watching. Ever since June 17, 1994, Southern California, for better and for worse, has not been the same.

In its two decades as a touchstone of American culture, the Simpson case has been an enduring platform for shamelessness and hypothetical thinking—the most notorious example being O.J.’s 2006 confessional, If I Did It. In that tome, Simpson “imagined” how he might have brutally killed his ex-wife, Nicole Brown, and her friend Ronald Goldman.

Let’s say that O.J. Simpson had not survived that day, and that the Simpson case had ended before it began. Let’s say there were no criminal charges against O.J. Simpson, no trial, no acquittal, no subsequent civil trial (where Simpson was found liable for the deaths), and none of the cultural conversation and media spectacle and social reflection the case inspired.

Without Al Cowlings, where would any of us be today?

At the time, commentators from left to right saw the Simpson case as one more sign—along with the riots two years earlier, the early ’90s recession, Proposition 187, and the Northridge earthquake—that L.A was falling apart and could not be redeemed. The country was supposedly in trouble, too. Depending on what you read, Simpson’s trial represented the crackup of the news media, the collapse of the criminal justice system, the beginning of a race war, and the end of public trust in government.

I say that the Simpson case, despite the horrific crime at its heart and the cultural traumas and legal blunders that defined it, left L.A. and California and the United States in a better place.

Would the Innocence Project and its work using DNA evidence to exonerate the wrongfully convicted have become so prominent without the Simpson case, which made its co-director, O.J. defense team member Barry Scheck, a household name?

Would we have seen the surge of interest in forensic science—both legally (heightened courtroom scrutiny of problems with evidence-gathering and fingerprinting) and culturally (CSI and its spin-offs and imitators)?

Would the country and California have made so much progress in combating domestic violence—in new laws and new infrastructure to protect women—without the revelations of O.J.’s battering of his ex-wife? How many lives were saved as a result?

What would policing be like without the Simpson case? Before Al Cowlings’ Ford Bronco drive, the LAPD (and too many of the nation’s other major police departments) was a mostly white preserve that tolerated racism from people like Detective Mark Fuhrman. Can we credit the Simpson case—along with the 1992 riots and a later scandal in the Rampart division—with forcing the LAPD to better represent the city? In exposing the department’s failings, did the Simpson case contribute to greater oversight and created a more effective, better educated, and more diverse police force in which whites are no longer a majority?

The Simpson case—and the disparate public response it provoked along racial and class lines—also made apparent, especially to older whites, how divided L.A., and the country, were. Today, divides of race and class remain a fact of life in L.A., but Angelenos have become far more willing to undertake major investments to bridge those divides. The Los Angeles Unified School District has spent billions to build dozens of new schools, and remake old ones, including a middle school named for the late Simpson lead attorney Johnnie L. Cochran Jr. In 2008, county voters agreed to tax themselves for 30 years to build a new system of transit, with rail lines and new roads that better connect the various parts of L.A. to one another. (Today, if A.C. wanted to spirit O.J. away, he could use carpool lanes on the freeways, and the cops might not have had to close things down completely to give chase.)

But many of the case’s most far-reaching impacts—for better and for worse—have been to our culture, which has become undeniably more populist in the past two decades. Without the Simpson case, would we ever have had the chance to keep up with the first family of American pop culture, the Kardashians? Robert Kardashian—father of Kim, Kourtney, Khloe, and Robert—made the name famous as one of Simpson’s attorneys. Would we ever have had the Southern California economy of reality TV shows, magazines, and paparazzi that attend to the Kardashians and their ilk, 24-7? Without Al Cowlings, would Kim Kardashian ever have met Kanye West, and produced North West, the world-famous baby?

Would California’s most aggressive and successful news organization—TMZ—exist today without the Simpson case, which raised the profile of its founder, the legal journalist Harvey Levin? (And without TMZ and its exposure of the racist tapes of Donald Sterling, what would people in L.A. have had to talk about for the last month?)

How might California political history be different without the blunders of prosecutors working for L.A. District Attorney Gil Garcetti? Might Garcetti—who would later lose more support because of his handling of the Rampart scandal—have gone onto higher political office instead of being voted out after two terms? Without Al Cowlings, would the Garcetti family’s political ambitions have turned so quickly to Gil’s son, Eric?

Unlike so many others in the Simpson drama, Al Cowlings, who brought us together with his driving 20 years ago, has stayed out of the limelight. And he was never properly thanked for his service. Hopefully, it’s not too late. Why not locate and buy the white Ford Bronco and place it in Grand Park? And why not present A.C. with the key to the city where his actions opened so many doors?

How ’bout it, Mayor Eric Garcetti?