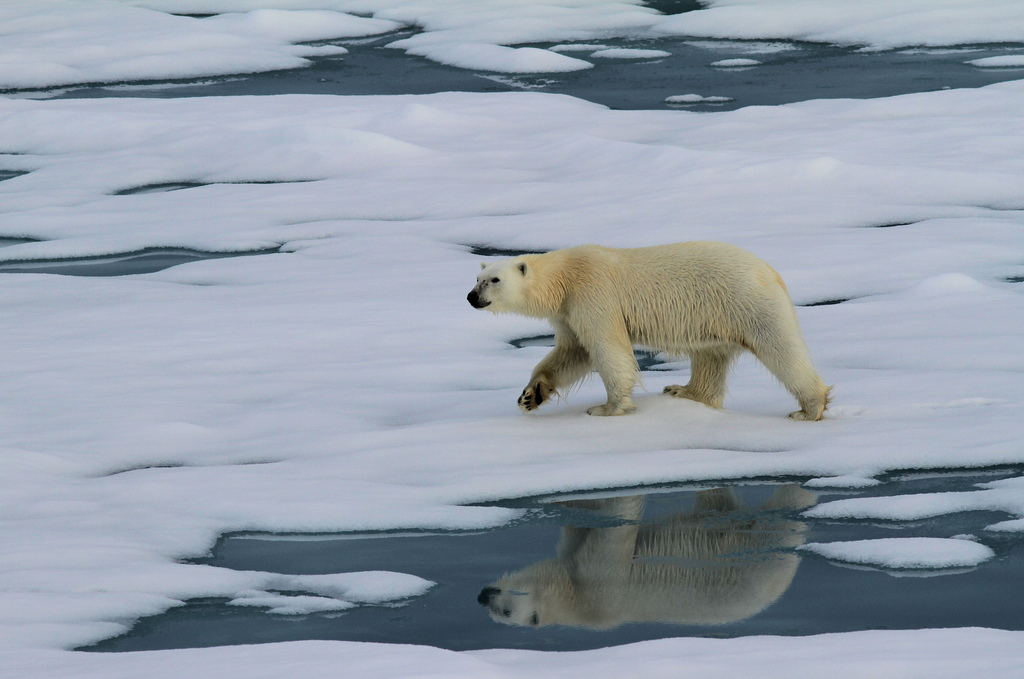 Even after researching the effects of climate change on ecosystems for 15 years, I had to put down my morning coffee and take a deep breath at the news earlier this spring that much of the West Antarctic Ice Sheet is sure to collapse, even if humans stop climate change immediately. Within two centuries, meltwater released from the long-stable glaciers could raise sea levels by up to 10 feet, scientists have determined. The potential rise is equivalent to, as one of them said, a permanent Hurricane Sandy storm surge.

However, the extent to which the planet will warm, and how high sea levels will get, still depends on what we do now to reduce carbon dioxide emissions and remove surplus carbon from the atmosphere.

The news about the glaciers naturally raises the urge to grasp for quick fixes, but this would be a mistake. Recently, I met a group of environmental researchers from six universities working on climate change issues. We realized that we all harbored a similar hope that we could come up with simple, rapid solutions to minimize climate change—though we also shared a gut feeling that there would be no easy way out.

This group of researchers and I decided to team up to explore the potential of “climate engineering”—large-scale, coordinated strategies to reduce global warming by removing carbon dioxide from the atmosphere or reducing solar input to Earth. Then we compared these approaches to efforts to reduce greenhouse gas emissions—or “abatement.” I spent the last two years working with these colleagues on the first scholarly attempt to rank these approaches, to see if we could find solutions that offer real hope to “engineer” our way away from human-induced climate change.

My group looked at a range of climate engineering solutions from the perspectives of technical feasibility, cost, ecological risk, public opinion, capacity to regulate, and ethical concerns. We explored the major options on the table, even considering—but ultimately abandoning as unfeasible—such outlandish approaches as positioning giant mirrors in space to reduce the amount of sunlight being trapped in Earth’s atmosphere, seeding clouds to reduce the amount of light entering Earth’s atmosphere, and adding iron to the oceans to increase the carbon that algae and phytoplankton take up from the atmosphere.

The truth is that—at least so far—we cannot engineer away climate change.

Our findings clearly showed that the most effective approach is reducing carbon emissions. We can reduce emissions through three steps: fuel conservation (i.e., using less), increased energy efficiency, and switching to alternative low-carbon fuels. Together, these steps are the most promising means for diminishing the nine gigatons of carbon dioxide being released each year by human activity. Best of all, technologies to accomplish these steps are already available and could reduce the amount of carbon being added to the atmosphere by seven gigatons per year.

So why aren’t we, as a society, going full force to implement emissions reductions? Certainly, significant infrastructure and economic restructuring needs to happen for deep cuts to emissions, but we know how to do this. There are clear political and economic hurdles to shifting our energy infrastructure, and consumers get cranky about being told what kind of car to drive.

An underlying issue is also that reducing emissions may not seem like a particularly active approach. People like to fix problems, not do less, which is essentially what needs to happen with emissions reductions. The active, problem-solving aspect of climate engineering is the main attraction of these strategies. However, the analysis I led on climate engineering strategies clearly indicated—unfortunately—that what is really needed is the careful, hard, unsexy work of reducing emissions.

This is not to say some approaches to climate engineering don’t hold promise, but their benefits are mostly supplemental, so several approaches will need to be used in addition to emissions reductions.

The best, lowest-risk strategy to complement emissions reductions is probably helping nature do what it already does: sequester carbon through biological means. Plants, for instance, already convert atmospheric carbon into solid materials. Curbing the destruction of forests and promoting growth of new forests could tie up as much as 1.3 gigatons of carbon in plant material annually. Deforestation is now responsible for adding one gigaton of carbon to the atmosphere each year. A major barrier to stopping deforestation is finding alternative sources of economic growth in developing countries like Brazil and Indonesia—which had some of the largest losses of forests globally in the past decade. Global initiatives for forest protection and reforestation seem to be making some headway on this front, but large business interests still represent a major hurdle to protecting the world’s forests.

Improving soil management also holds considerable promise because soils can trap plant materials and diminish the amount of carbon dioxide the materials give off as they decompose. Over time, agricultural tilling has led to the loss of about half (78 gigatons) of the carbon ever sequestered in these soils. But such simple steps as leaving slash (plant waste left over after crop production) on fields after harvests to be incorporated into the soil could reintroduce between 0.4 and 1.1 gigatons of carbon annually to soil. The approach would also improve soil’s ability to retain nutrients and water. This approach requires a concerted effort across agricultural areas, and is limited by the amount of land that is actually being farmed.

Applying biochar (or charcoal) to soils, particularly in agricultural areas, could also help. The process, which uses high temperatures and high pressure to turn plants into charcoal, releases little carbon dioxide into the atmosphere. Charred plant material takes significantly longer—sometimes centuries—to decompose compared to untreated plant material. The carbon bound up in plant tissues then takes longer to return to the atmosphere as carbon dioxide. Biochar also improves nutrient and water retention in soils, and has been used as an agricultural amendment for centuries. To be effective, this approach would need to be global in scale, but it is limited by the amount of land that is in agriculture, since the effects of adding biochar to natural ecosystems are unknown.

Another promising strategy is to capture and store carbon belowground from industrial smokestacks, particularly near fuel refineries or power plants. This strategy turns carbon dioxide into a liquid form of carbon, which oil and coal extraction companies can pump into underground geological formations or wells, and put a cap on. Millions of tons of carbon are already being stored this way each year because injecting carbon dioxide into oil fields actually scours more hydrocarbons out of oil fields and allows companies to recover more oil. Applied globally, carbon capture and storage has the potential to store more than one gigaton permanently each year. However, a leak of liquid carbon could be fatal to humans and animals, and the risk—while minimal—may stand in the way of public acceptance.

Like most people, I want my kids to grow up with clean air, play on familiar beaches, and learn about the frozen ice caps at the ends of the Earth. But it can be difficult to take action and pay for something in the distant (though rapidly materializing) future.

Even while we work to reduce carbon emissions on a large scale, we can show our willingness as individuals to pay for the carbon we use. Taxing the carbon we emit from cars, power stations, and airplanes is probably the best, most straightforward option—but taxes will make everyday consumer products and transportation more expensive. Other market options like cap and trade may also work, but will probably be less efficient.

I support a carbon tax as a down payment for my own child’s future world—and exercise my power to push my representatives with letters and phone calls, and to elect officials who promise to abate the effects of climate change. I also pay for voluntary carbon offsets for my fuel use, since cars and airplanes produce some of the largest emissions on a personal scale. Although offsets do not directly reduce emissions, some effective offset programs support things like forest protection and soil management for carbon storage—both identified in my study as promising climate engineering strategies.

While we should not rely on climate engineering to solve the climate change problem, certain strategies do provide feasible, low-cost, safe, and ethical options, and may help us minimize climate change faster than we are creating it.