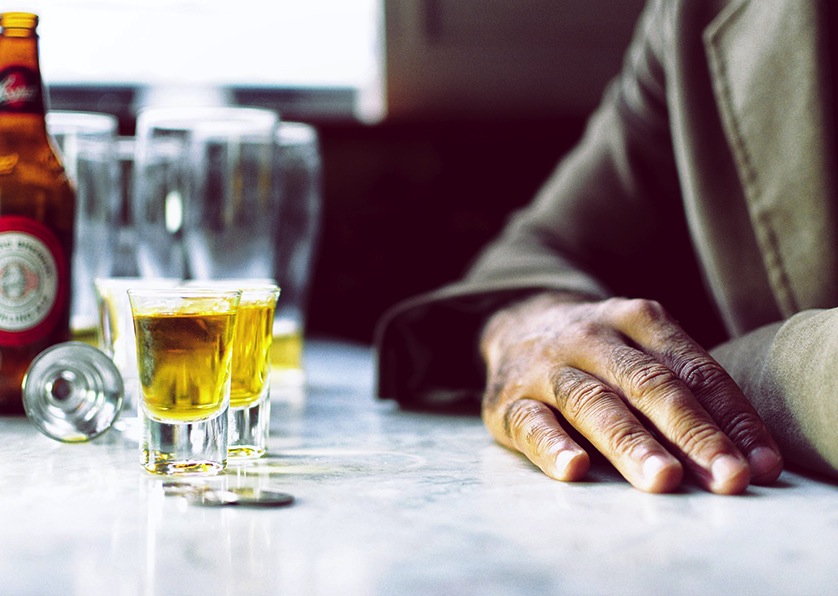 Larry was a doctor trainee at a hospital where I taught in Burbank. I recommended that he not pass, due to very poor preparation and work habits. But he did, and set up practice nearby. He had trouble with general practice and drifted into addiction medicine over time (he was said to have had a cocaine problem in his past). He moved outside the immediate area, but word was that he was one of the local “go-to” guys for getting prescription narcotics, and people who encountered him thought he might be high. The DEA entered his life, and he put a gun into his mouth and pulled the trigger.

An upcoming ballot initiative in California includes a provision that would require physicians to be drug-tested prior to practicing at any hospital, or after their involvement in an “adverse event.” This is packaged with other measures that appear political and punitive towards all physicians. But the drug-testing provision bears scrutiny because, while drug testing is widespread in American business, and required of nurses and many hospital and medical workers, private doctors are not routinely tested.

I’d like to tell you it isn’t a problem for doctors, but unfortunately, I’ve seen firsthand that there are physicians who practice while they are “under the influence.” As someone who oversaw doctors as chief of a hospital department charged with monitoring the quality of its members, the idea of a colleague practicing while impaired is terrifying. And while we physicians have a direct responsibility to protect patients, we often find it hard to speak up when we see something. The attitude is: If it isn’t my patient, it isn’t my problem.

Studies on the percentage of physicians who report to work impaired are scarce, but it seems to be very low, less than 1 percent. Still, the thought of any such physician is very troubling.

I personally made it my practice never to have a drink at lunch or in the evening when I was on call. You just never know what is going to happen, and you don’t want to have someone smell alcohol on your breath, even if you drank a small amount. Inasmuch as I was on call for most weekdays for 30 years, I never felt free to drink during my career.

Sadly, that was not always what I encountered from my fellow physicians.

I remember practicing as a young ER physician new to a small community hospital in California, and calling in a prominent surgeon to perform an emergency appendectomy. When he arrived, he strongly smelled of alcohol. I’m not sure if the smell colored my thinking, but I thought he was speaking more slowly than normal. It was the middle of the night, after all. There was no other choice for surgeon, and a delay exposed the patient to significant risk. The surgery went ahead, and the patient did fine. However, as I asked around, I discovered that this surgeon was known as a boozer, and frequently came into the hospital drunk. This still haunts me, and I left that hospital rather quickly.

That was my first experience with the difficulty of dealing with physicians who abuse mind-altering drugs. I didn’t make any sort of formal report on the surgeon; I would have felt intimidated. I passed the word along to colleagues, but that was all I did. Today, as a senior physician in the latter part of my career, I would hope that I’d do more.

That was a case when I recognized a problem. It can be hard to recognize that a colleague has a substance abuse problem even if you’re a trained observer of addicts. Among my professional pursuits, I was the director of a drug/alcohol program for a large medical group, and personally saw every patient who entered the program for several years. I thought I had a pretty good background in spotting the behavior of addicts.

In 1994, I hired an associate, Cindy, a graduate of a famous cancer center who was looking for temp work. She was young, attractive, and very smart. But I was surprised by her poor work habits, and my staff reported strange behavior. Drugs from the office started disappearing. It took too long for me to reach the clear conclusion that Cindy was abusing drugs. I just couldn’t believe it until it was undeniable. (Although she did deny it.) A year later she had her license revoked for drug use, unrelated to my experience with her.

It was very sobering to me that I was fooled by her for so long. Looking back, it was obvious, but at the time, my bias toward people with excellent training and good manners blinded me. I’m still embarrassed by it. But the bottom line was that even with close daily contact in the office, I didn’t recognize it, in spite of my professional experience with addicts.

Until a few years ago, the licensing board for physicians in California had a diversion program for those who were identified as having an abuse problem. It had a 75 percent long-term success rate. It allowed for anonymous reporting of suspected abuse, and it was increasingly used since the 1970s, when it started. However, the licensing board, in its wisdom, recently discontinued this program; in their view, the board’s primary mission was patient protection, not physician rehabilitation. Funding should not have been an issue: The program was paid for by physician licensing fees, not by taxpayers. Nothing has appeared to take its place, and so California is without a confidential reporting system for doctors.

I’ve spoken with a number of practicing physicians recently, and surprisingly, I hear a lot of support for mandatory testing. This support may have less to do with a desire to protect patients than with a feeling of impotence in dealing with colleagues who abuse drugs. Most physicians simply don’t know how to report a problem without potentially endangering their own careers.

Mandatory testing will cost a lot of money, and it is certainly intrusive to the daily practice of medicine. And I think just a small number of physicians would be identified by this process. However, here’s my diagnosis: patient safety concerns justify such testing for physicians, just as air safety concerns justify testing for pilots. And even with testing in place, doctors should not be excused from their obligation to report colleagues, and the government should provide a way to make such reports confidentially.

None of this should be done by a deeply flawed ballot initiative; instead, the legislature should craft a careful law that will work in practice.