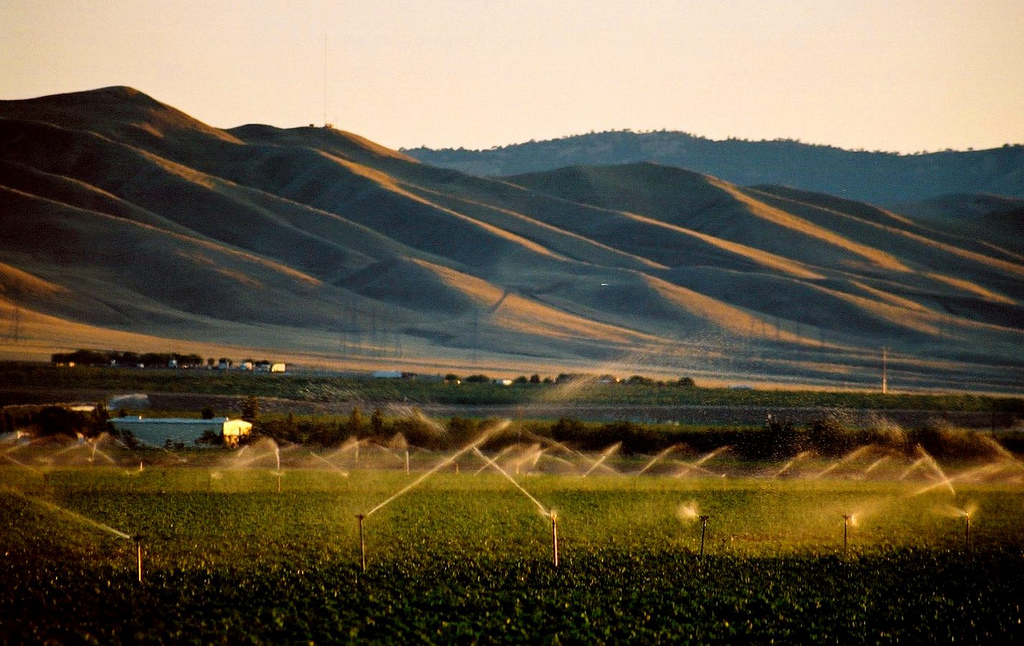 It’s not clear if Governor Jerry Brown and his challenger Neel Kashkari will debate each other this fall. But if they do, there should be no doubt about the proper location for any and all debates: the San Joaquin Valley.

In this very quiet California election year, it’s fitting that our state’s most overlooked region has emerged as the center of every single major debate about California’s future. As we fight over high-speed rail and water and prisons and fracking and unemployment, we are really debating the future of the San Joaquin. Not that many of us have noticed; the new leader of the California State Senate, Kevin de Léon of Los Angeles, recently dismissed the region as a place full of tumbleweeds.

The San Joaquin—the south Central Valley stretching from the California Delta to the Tehachapi Mountains—only looks small compared to the rest of California. With 4 million residents across eight counties, its population is as big as Oregon’s—and bigger than that of 24 states (Nevada, Oklahoma, Iowa, and Connecticut among them). In square miles, it’s larger than Maryland or Massachusetts. And for all the talk about the power of the San Joaquin’s agriculture, most of its people live and work in cities. Fresno has more people than the cities of Atlanta or Miami. Stockton’s population is bigger than that of Cincinnati or Newark. Bakersfield is home to more humans than Tampa or St. Louis.

And the San Joaquin’s problems may be even bigger than the place itself. So now, without quite realizing it, we are having a variety of different policy debates that all turn on the same question: Just how much does the rest of California want to do for the San Joaquin?

This is the real question of high-speed rail, even though it’s obscured by debates over the project’s cost and legality and whether it will ever get people from L.A. to San Francisco in less than three hours. High-speed rail is less about connecting north to south—and more about connecting the San Joaquin, where rail construction is to start, to our coastal mega-cities, and about trying to boost the San Joaquin economy by attracting new people and jobs to the region. Those important goals are why so many California leaders, Brown among them, are still backing the train despite the collapse of public support for high-speed rail.

The water debate has a similar cast. Yes, California’s water issues are statewide, but the drought is being felt most strongly by the San Joaquin. Farms there, despite considerable improvements in water efficiency, remain heavy users of water, and need the sort of steady supply promised by backers of the water bond measure and the proposed Delta tunnels.

The San Joaquin has more than its share of prisons and crime, and so the state’s ongoing “realignment” efforts—to house more prisoners in county jails—has an outsized financial impact on some communities there. The fierce debate over how and whether to allow fracking in California is very much about what happens to natural gas in the Monterey Shale, much of which sits under the San Joaquin. The immigration debate has been especially hot in the San Joaquin, where agribusiness wants comprehensive reform, and Bakersfield’s Kevin McCarthy leads the U.S. House of Representatives majority blocking it.

And when people talk about the lack of jobs in California, they are really talking (even if they don’t realize it) about the San Joaquin, where unemployment remains in double digits even as most of the state experiences economic recovery.

The bad news is that all six of these San Joaquin-centric policy fights—high-speed rail, water, fracking, prisons, immigration, jobs—are complicated and could end in stalemates. The good news is that each of these debates, when grounded in the particulars of the region, could scramble our partisan and predictable politics and inspire creative compromises.

It’s good that both major parties are divided by these issues. Governor Brown has stood up for the San Joaquin by backing high-speed rail in the face of criticism from other Democrats, including his lieutenant governor, that it costs too much. He’s also drawing protests from environmentalists within his own party because of his support for water infrastructure and his refusal to ban fracking, which is about as popular as George W. Bush is among his Bay Area base.

Kashkari, the Republican gubernatorial candidate from coastal Orange County, is playing both sides of the San Joaquin divide. On one hand, he’s made poverty central to his platform, which includes a specific plan for combating it in the San Joaquin. On the other, he’s calling for the demise of high-speed rail (Ozzy Osbourne’s “Crazy Train” has become his theme song). His opposition to high-speed rail puts him at odds with other San Joaquin Republicans—including perhaps the most important politician to watch this year, Fresno’s popular mayor, Ashley Swearengin, who is running for state controller and may be the California GOP’s best hope.

The San Joaquin is essential to both parties. Success in that region would keep Kashkari from embarrassing himself in November. And if the Democrats can kill off the GOP in its last major California stronghold, they could ensure that California—a GOP stronghold for most of the 20th century—remains a Democratic powerhouse for the rest of the 21st century.

The San Joaquin also may provide a solution to a basic problem facing California this year: the total absence of public interest in an election lacking any overarching narrative, or clear stakes. The candidates are all familiarly boring or boringly unfamiliar. But the San Joaquin is not a boring place; it’s worth fighting for.

When Governor Schwarzenegger was in office, he focused public attention on a specific issue by giving each year a theme. 2005 was his Year of Reform; 2007, the Year of Healthcare. He didn’t get the policies he wanted in either year, but he did manage to drive media coverage and public debate across California. In that spirit, it’s not too late to call 2014 the Year of the San Joaquin.