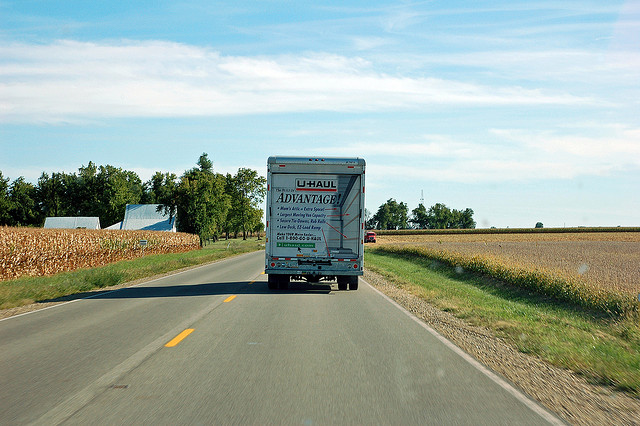 As a young 20-something from the backwoods of North Carolina, Los Angeles presented endless possibilities and promises. Armed with a film degree, I moved to Hollywood from Morganton, North Carolina to fulfill my dream of working in the movies. Life in the big city was an easy formula then: Make enough to cover rent, park where your sticker allowed, call your mom once in a while, and don’t get arrested. Going anywhere was as simple as picking up your keys and locking the door behind you. The most pressing issue was whether or not free food would be offered at the friend’s birthday get-together, show at the House of Blues, or movie wrap party you were going to!

Fast-forward 15 years, and I’m now sitting in my sister’s living room in Atlanta researching the housing market here. How did I end up leaving L.A.’s perfect weather, vibrant mix of people, and once-beloved concrete jungle behind me? In a word: kids.

The town I grew up in, Morganton, lies in the foothills of the Appalachian Mountains, just a couple of hours northeast of Atlanta. My parents worked opposite shifts to raise the five of us (four girls and a boy). We always had big gatherings on the weekends that included every imaginable family member near and far. It wasn’t uncommon for there to be 40 to 50 people in our backyard, each and every one of them somehow related to me. As a kid, every adult was Auntie this and Uncle that, or Grandma this and Grandpa that. My parents still live in the house we built and my brother stays in nearby Charlotte, while my three sisters moved to the greater Atlanta area.

When I moved to L.A. in 2001, I found families of a kind based on common interests. My favorite things to do always involved lots of people: volleyball, picnics at the park, hiking the Hollywood Hills, trying out all kinds of different foods, going to the beach. I was even lucky enough to meet my husband, who grew up in Japan and then Gardena, at one volleyball outing. Most of our friends were, like myself, transplants who left their hometowns looking for something new and exciting.

When I became pregnant in 2010, we bought a gorgeous townhouse in Harbor City with grand dreams of one day raising our kids in the city: going to outdoor movie fests at the local park, hitting every farmers market within a five-mile radius (would we see any celebrities in Torrance?), tasting our way through our neighborhood with its eclectic blend of Japanese/Mexican/Korean/Pacific Islander restaurants, and taking them to our favorite people-watching spots on the weekends—the Del Amo Fashion Center mall, Little Tokyo downtown, and every beach between Malibu and San Pedro. I left movie production and took an advertising job. I started working from home just before baby was born, thinking I’d be able to play doting mom during breaks from work.

Reality hit us like the proverbial ton of bricks when our first child was born in mid-2011. While our lives were wondrously filled with diaper changes, midnight feedings, and little corn toes, we were facing an unbearable squeeze on our time and money. After weighing our few childcare choices, we opted for a part-time nanny three times a week and asked my husband’s mom, who lived nearby, to help out the other two days to save money. Since we could only afford childcare on two incomes, staying in L.A. meant both my husband and I would need to keep working, and work we did.

Visions of going to the park at lunchtime and frolicking in the sand during work breaks were quickly dimmed and replaced with endless Excel reports, conference calls, and late nights at my computer. I could barely lift my eyes from my computer long enough to eat lunch, much less take a long enough break to actually play with baby. I often worked from early morning until all hours of the night facing tight deadlines.

Someone else was with baby all day, something that hurt my heart to the core—I had become a bystander in his life. I hated not being the one who caught the first smile, the first rollover, the first wobbly steps. I hated not kissing my son goodnight because of looming deadlines. I knew I wouldn’t get this precious time back.

We limped along this way for a couple of years, living paycheck to paycheck and saving what we could. But we hit the breaking point when we had baby number two. Now I was missing out on firsts for two kids. And, comparing the rising infant and toddler costs to what we earned showed we could quickly go into a debt we couldn’t recover from if we weren’t careful. Preschools in our neighborhood ranged from $800 all the way up to $1,200 per month per child. And then there was the state of the L.A. Unified School District schools, which is where our children would have gone. We kept hearing about how they’re constantly plagued with money problems and dissatisfied teachers. We thought about moving to the better school districts but couldn’t afford it—housing in those areas averaged at least $100,000 more than our current townhouse; there would be the hassle and costs of moving, plus new up-front fees on a new mortgage. Add to that the looming costs of college and gas, food, and utility bills.

The more we thought about it, the less it made sense. We were essentially working to live, which I felt was no way to live at all. Plus, we hadn’t had a nice date night in four years.

I had always teased my husband about moving to Atlanta to be closer to my three sisters. It was a running joke between us. In Atlanta, we could buy two houses with twice the amount of land for the same price we paid for our townhouse! Gas is only $3 in Atlanta compared to over $4 in L.A.! Preschool is free there! We could live off one income, and I might even be able to stay at home in Atlanta to raise our kids! In time, all of these jokes turned into the core reasons we decided to leave L.A.

Moving to Atlanta also offered another vision for how we would spend our time. Staying in L.A. would mean our kids would have to go without same-age friends to grow up with. Sure, we had friends with kids, but they lived long, traffic-filled drives away, and we didn’t see any of them regularly. Atlanta, however, would provide us with a giant community of aunts, uncles, and cousins for daily play dates. And grandparents were just a few hours’ drive away. While it was nice to have a nanny we loved and trusted, nothing could replace having a large family nearby. I didn’t want to deny my kids the gift of growing up the same way I did: surrounded by family and unconditionally supported through every endeavor. My family can be embarrassing sometimes, but they have always been my loudest cheering section. Also, hello, free babysitting and the return of date nights!

We finally looked at each other last summer and said, “Let’s do it.”

Atlanta has been our home for just over three months now, and I’ve been able to stay at home full-time. We miss L.A.—the great friends we left behind, the weather, and the food, to name a few things. But we’re seizing the opportunity to start fresh here and build the life we couldn’t have on the West Coast. We’re looking for a nice, big house in a great school district, watching the kids grow up with their cousins and grandparents, and even getting to know each other again as individuals and not sleep-deprived parents. And we still get to enjoy some of the things we loved about city living. We went to an outdoor movie last week with the kids for the very first time. And get this: They had free food!