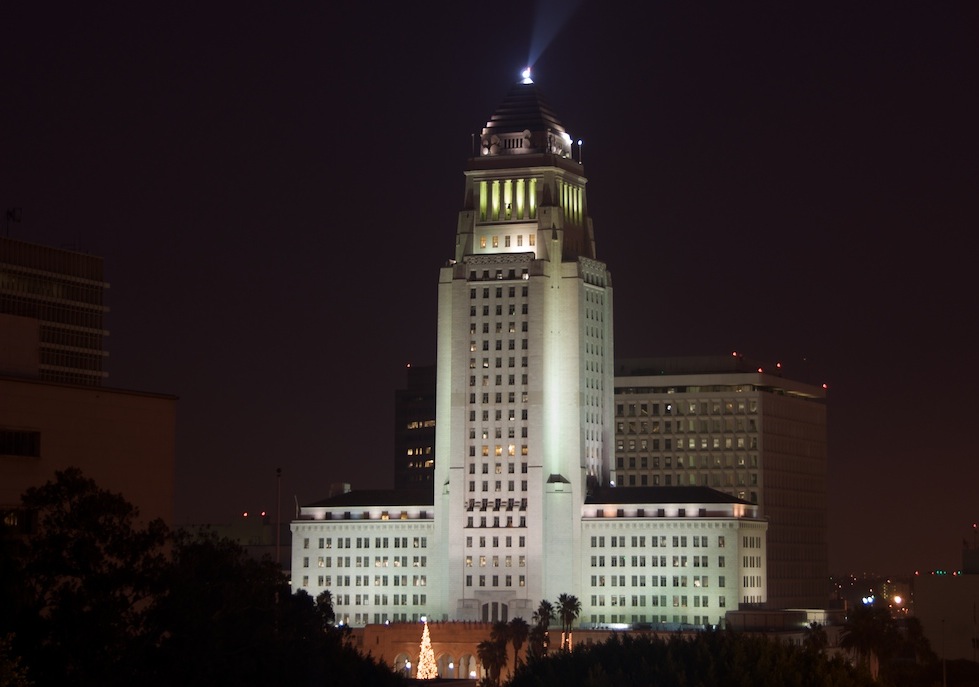 I have to make the kind of confession that is just terrible for an L.A.-based mystery writer: I am not a fan of Raymond Chandler. He has set a tone for stories about the darkness under L.A.’s glitz for 80 years, but I can’t relate to the paranoid view Chandler had of my Los Angeles, or his fear of “the other,” or how his loner detective Philip Marlowe navigated his investigative cases without the weight of family or community.

In particular, I can’t stand the fact that, in Farewell My Lovely, Chandler writes about Marlowe arriving at a seaside estate: “Through a green gate I saw a Jap gardener at work weeding a huge lawn. He was pulling a piece of weed out of the vast velvet expanse and sneering at it the way Jap gardeners do.”

My late father, who was raised in Japan, was a gardener. He inspired my mystery series character, Mas Arai, a senior citizen and accidental detective who works as a gardener, lives in Altadena (in the foothills of the San Gabriel Mountains), and drives a beat-up Ford truck. In fact, one motivation for my having such a protagonist is to give the nameless gardener—who also showed up in the film classic, Chinatown—a name and history.

Part of my pique is native pride. I live in Pasadena, where I was born. I’ve lived in other places—Palo Alto, Tokyo, and even Wichita, Kansas, where I spent nine months on a writing fellowship. It was in the middle of the country where the details of my first mystery novel, set in Southern California, came fully to me. I was told by someone that once I was away from Los Angeles, I would better sense what was there. He was right. Wichita helped me hear the voices of the old Japanese immigrant and Japanese-American men hanging out at the local lawnmower shop, see the sharp and narrow turns of the historic Pasadena Freeway, and smell the mixture of the sea and smog. Chandler may be the dean of L.A. crime fiction, but I knew this was a world that didn’t figure in his books.

Chandler was never fully rooted in L.A. He was born in Chicago and spent his early years in England. Once he arrived in Los Angeles, he moved countless times within the western part of L.A. before finally settling in La Jolla, the wealthy and picturesque coastal community north of San Diego.

I was born in Huntington Hospital in Pasadena, delivered by the doctor who would be my pediatrician until I was 16 years old. I inhabited a place where, once a week, I could accompany my immigrant mother to a Japanese grocery store in a blighted business area of Pasadena to purchase shiny-eyed whole fish, large red cans full of the magic clear sprinkles of ajinomoto (also known as monosodium glutamate), metal canisters of soy sauce (then not readily available in your average grocery store), and coils of long daikon picked in fermented miso and sliced in thin crunchy wedges. “Musume-san,” the shopkeeper would call out to me. Little daughter, a term of endearment that reinforced that I was indeed a part of this place.

Being an only child for eight and a half years, I was surrounded by adults and adult problems. I learned to listen carefully in two languages, English and Japanese, and perhaps even more importantly, learned to interpret silence. Watch for signs—did a prolonged silence mean serious trouble? Did a smile mean real approval or brewing anger? At a young age, I became a cultural detective of sorts, attempting to absorb the rules of my households while negotiating the ones in the outside world.

L.A. is supposed to be a good setting for mysteries because of all the reinvention that goes on here, from its palm trees originally from Australia to its official city flower, the South African bird of paradise. Change at L.A.’s pace creates unreliable characters, and unreliable characters drive mysteries.

But I like L.A. as a setting because it’s home, a peculiar kind of home because, through fiction and movies, people all over the world have memories of a Los Angeles they may never have seen in person. And even for those who live here, so many of the region’s places remain mysteries, communities they’ve never visited.

I like writing about these places that are so often ignored: Torrance, Gardena, Boyle Heights, Montebello, Altadena, Sawtelle. These communities I list are places where people of my same ethnic background settled or resettled—pushed into neighborhoods by racial covenants or ethnic preservation after being incarcerated in camps during World War II. And I like to write about such places from more than one perspective; in my new series, I have a young multiracial female rookie cop, Ellie Rush, who travels through downtown L.A. on an LAPD bicycle.

I have a natural curiosity about places, driving me to investigate what types of people lived there in the past, what crops may have been grown there, what crimes may have been committed. The way Los Angeles holds its communities of people, delicate honeycombs overlapping, destroying and multiplying, is fascinating and creates the kinds of conflict that produce interesting plots.

Harmony in such a place is as elusive as any mystery. In my book Snakeskin Shamisen, I imagined one attempt at harmony:

Lopez, Sing, and Iwasaki Mortuary specialized in cheap funerals, which you’d think would attract a crowd. … Mr. Lopez was obviously trying to hit the Latino, Chinese, and Japanese markets. A perfect plan in Lincoln Heights, where Mexican seafood restaurants and Chinese Vietnamese auto repair shops stood side by side. But the idea backfired, because mortuaries were like churches; people seemed to prefer them separated and segregated. It reminded Mas of his favorite Neapolitan ice cream—strawberry, chocolate, and vanilla were packaged together, but the solid lines of flavors never blended into each other.

I do share Chandler’s obsession with identity—both real and false—and family secrets. Perhaps this is why the detective novel belongs to L.A. We like to think we can erase our pasts, but we can’t. To escape from past and secrets, those of us who were born and raised here rely on silence.

Maybe I’m still that girl desperately trying to connect the dots in a world where much was left unspoken. By following my detectives, I finally have a chance to forge words and scenarios that make sense in solving the mystery of my home.