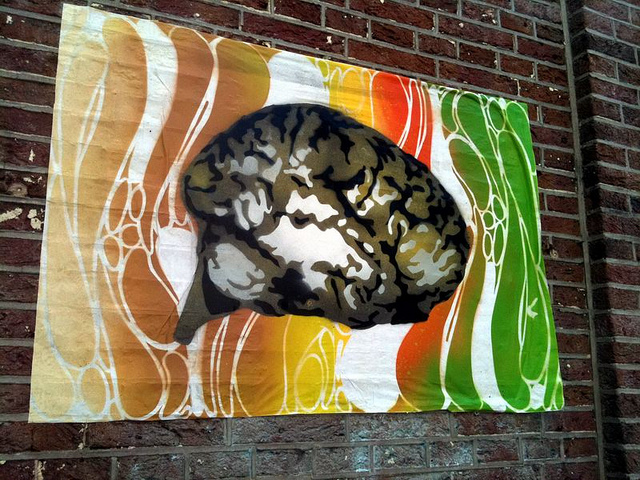 In March 2014, for the first time in over 40 years, a study of the therapeutic benefits of lysergic acid diethylamide—more commonly known as LSD—was published in a peer-reviewed medical journal. The study was conducted in Switzerland (where LSD was first created), and approved by the Swiss Federal Office for Public Health and the U.S. Food and Drug Administration. It showed that LSD-assisted psychotherapy significantly reduced anxiety in individuals with “life-threatening diseases,” including Parkinson’s disease and breast cancer.

This study is part of a recent wave of clinical research on psychedelic substances like LSD and psilocybin—the psychoactive component of “magic mushrooms.” Although psychedelics are illegal for the general public, researchers at some of our most reputable academic centers are securing the government’s permission to study them as a powerful new generation of drug therapy for a host of illnesses for which our current pharmacopoeia does not always work, including post-traumatic stress disorder, cluster headaches, and alcoholism.

It is worth revisiting how they were introduced to the general American populace and how they were made illegal in 1968 and classified as “Schedule I” drugs, which are considered unusually risky and lacking in medical benefits. Why they were outlawed—and our long-held attitudes about them—have more to do with the culture wars of the 1960s and ’70s than their medical harmfulness.

I study psychoactive drugs in the U.S. as an anthropologist and historian. I try to understand what roles they play in our lives, and imagine how we might improve our relationships with them. I am especially concerned with two simultaneous trends: the proliferation of legal antidepressants whose efficacy has recently come under scrutiny and the continued criminalization of psychedelics, MDMA, and marijuana.

Psilocybin-containing mushrooms were introduced to the U.S. mainstream in the late 1950s by R. Gordon Wasson, an American banker turned mycologist (or biologist who studies fungi). Wasson and his wife, Tina, made the first of 10 trips to Mexico in 1953 to conduct fieldwork on the Mazatecs—a group indigenous to Oaxaca—who used a certain kind of mushroom for sacred ceremonies. These mushrooms were said to have “personalities” that communicated with special community members known as curanderos, or healers, who used them to divine causes of illness and misfortune, among other things.

It took a couple of years of networking with the locals, but by 1955 Wasson was eventually introduced to the curandera María Sabina. She allowed Wasson and photographer Allan Richardson to eat the sacred mushrooms. As far as we know, they were the first Westerners ever to do so intentionally.

Wasson wrote enthusiastically about his experiences for Life magazine in 1957. “Seeking the Magic Mushroom” was the first article on a psychedelic substance to appear in a mainstream publication in the U.S. It inspired Timothy Leary to visit Mexico to take the mushrooms. Leary then established the first academic research center for psychedelics at Harvard University, conducting studies that included examining whether psilocybin could induce religious states in divinity students or reduce recidivism in prison inmates.

Wasson’s initial popularization of magic mushrooms also dovetailed with the new ideals of self-exploration associated with the growing counter-culture movement whose most visible emblems were beatniks and hippies. By the early 1960s, a number of Americans made pilgrimages to see Sabina and partake of the Psilocybe mexicana.

The way Westerners thought of the mushrooms as drugs, however, divorced them from their specific cultural context. The Mazatec healer Sabina initially welcomed the pilgrims seeking magic mushrooms but later wrote in her autobiography that foreigners took “the children”—the mushrooms—“simply to find God.” She lamented that hedonistic use of the mushrooms sapped their purity and force.

As for LSD, it was first synthesized from a fungus that grows on grain in 1938. After Swiss scientist Albert Hoffman discovered its psychoactive properties, Sandoz Laboratories manufactured a version. The CIA got wind of LSD in the early 1950s and secretly experimented with its use for mind control. (That effort was abandoned in part because the effects of LSD were too unpredictable, sometimes inducing paranoia and at other times feelings of omnipotence.)

As Leary and others proselytized for psychedelic experimentation, the potent and easy-to-distribute LSD was increasingly seen as a fast track to the personal and psychological liberation seen as necessary for true rebellion against political authoritarianism and social repression. By the mid-1960s, the new “counter-cultural” life of LSD led the American mainstream media to label it as a dangerous, insanity-causing drug. In essence, LSD became the prime chemical proxy for political and cultural dissidence.

But even among Western proponents of psychedelics, there were tensions. Humphry Osmond, a pioneer of clinical psychedelic research, vocally criticized Timothy Leary for his insistence that psychedelics should be given to as many people as possible to catalyze mass spiritual discovery. Osmond accused Leary of “insisting on the right to use psychedelic substances for psychologic enquiries without medical support,” as described in Erika Dyck’s Psychedelic Psychiatry.

Osmond’s more practical fear—that the popular, widespread use of psychedelics would run afoul of governmental authorities and torpedo clinical research programs—proved to be well-founded. Once a part of mainstream academic psychiatry with over 1,000 publications describing their clinical uses, psychedelic substances were outlawed in the U.S. in 1968, as tensions between the American counter-culture movement and the government came to a head.

After psychedelics were classified as “Schedule I” drugs, there was a steep drop in scientific literature on their effects. Of course, people continued to use them. Knowledge about the use and effects of psychedelics since then has consisted significantly of online data generated anonymously by users and curated on sites like Erowid. Researchers who have used these self-reported data have found no overdose deaths associated with LSD, and just a few deaths associated with behavior after taking LSD. Likewise, there has been only one death associated with psilocybin—an episode of cardiac arrest in a heart transplant patient.

But after a generation had passed, the public panic surrounding LSD had largely abated. And continued legal research demonstrating the safety of psychedelics on non-human animals—which in the interim had become much more practical to conduct—led emboldened researchers to petition the National Institute on Drug Abuse and the Food and Drug Administration successfully to allow for new human studies in the early 1990s.

Supporters of wider availability for psychedelics are proceeding cautiously. They are taking a page out of the successful marijuana playbook: medical need. This was acknowledged by Rick Doblin, founder and director of the Multidisciplinary Association of Psychedelic Studies (one of the organizations that funded the recent LSD study): “I am trying to pick a strategy that will lead to the widespread availability of the legal use of psychedelics. I think it will come through psychedelic prescription medication.” Why not turn to pre-existing substances that already have anecdotally helped conditions that conventional medicine still struggles to treat, such as severe anxiety and alcoholism?

It seems all but inevitable that, through mainstream medicine, psychedelics will have new, socially sanctioned roles in Western societies. Even if their main risk today is not to inspire a hippie revolution, the new research into psychedelics does seem to hold the potential to change the way we treat mood and behavioral disorders. Currently, the treatment involves a regular regimen of patented antidepressants or anti-anxiety drugs. But psilocybin and LSD can’t be patented. And researchers have found that these psychedelics have long-lasting positive effects after just a few sessions.

A hint of this has already come to pass in a current New York University study using psilocybin to treat anxiety associated with terminal illness. “Xanax doesn’t get rid of your anxiety,” one of the participants told a reporter for The Atlantic. “Xanax tells you not to feel it for awhile until it stops working and you take the next pill. The beauty of psilocybin is: it’s not medication. You’re not taking it and it solves your problem. You take it and you solve your problem yourself.”

This patient’s observation brings to life that historical tension between specific medical uses of psychedelics and their potential to change the very ways in which we experience society and ourselves. What is not yet clear is if and how this newly legitimized research will stay within the bounds of the laboratory, and how it will accommodate decades of self-reported psychedelic experiences that took place outside of the laboratory. But psychedelics do hold the potential to change the goals of Western medicine—to address bodily illness in a way that involves spiritual self-discovery. Welcome to the front lines of “existential medicine.”