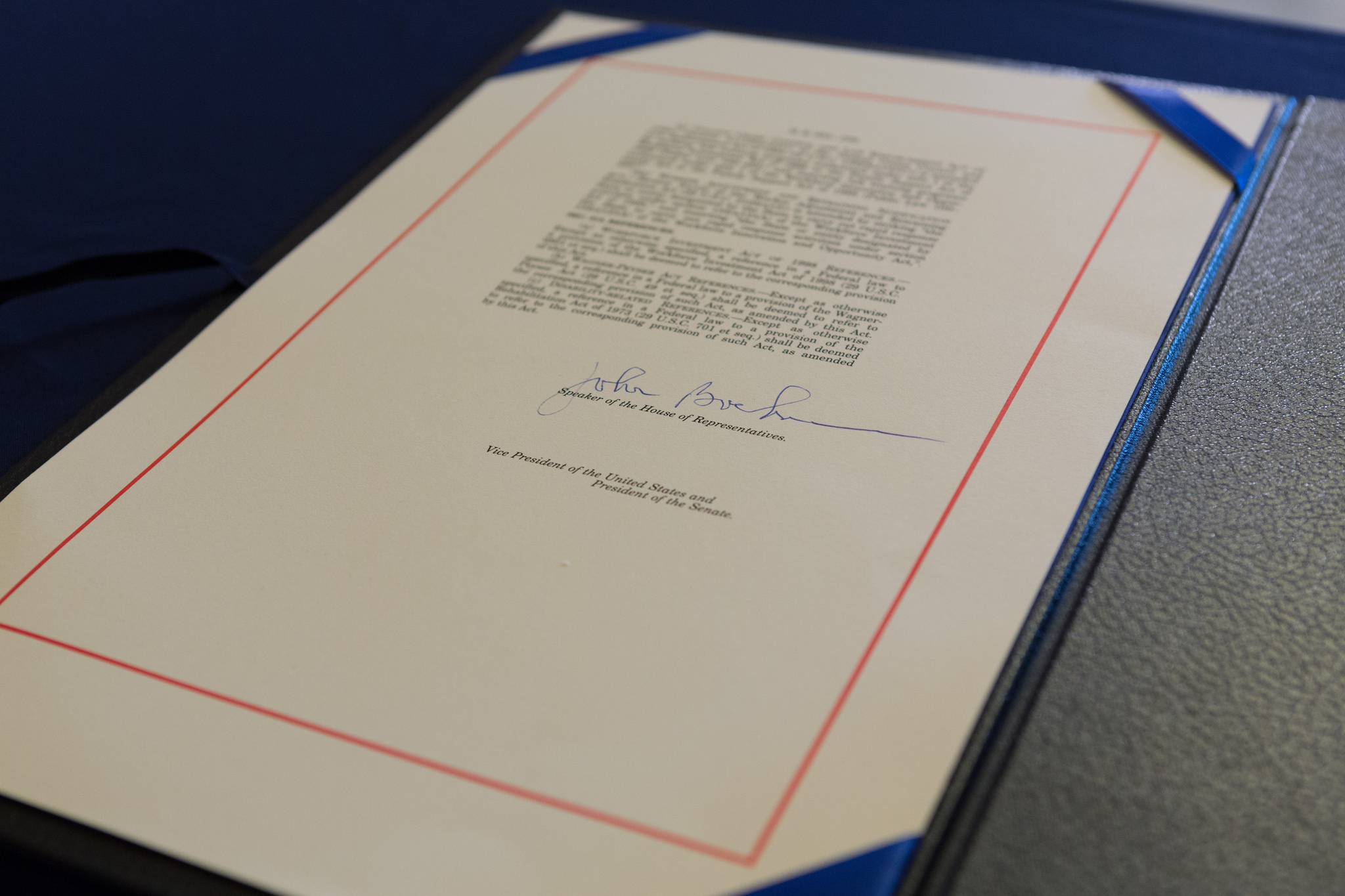 This summer, Congress enacted the Workforce Innovation and Opportunity Act (WIOA), which governs the $3 billion or so spent each year by the federal government on job training. Secretary of Labor Thomas Perez announced that the Act would bring U.S. job training into the 21st century.

I started in the public workforce system in 1979 with a community job training agency and have seen the system improve over the years. Today’s system is more focused on linking training to jobs, in involving employers, in making data on job placement rates more transparent. The new legislation helps nudge along these improvements.

However, WIOA will not significantly change the system or outcomes. Like its predecessors, the Job Training Partnership Act (1982) and the Workforce Investment Act (1998), WIOA involves modest adjustments to job training approaches (despite hundreds of meetings, conferences, and discussions). The same forms of recruitment, assessment, training, and placement will continue, usually by the same training and placement agencies.

Accompanying the enactment of WIOA, Vice President Joe Biden released a highly touted report on the future of job training, “What Works in Job Training: A Synthesis of the Evidence.” The report is mainly a rehash of the same ideas—sector-based training, employer-driven training—that were being discussed in 1979. It’s filled with empty job training government-speak, such as calls for “coordinated strategies across systems” or “flexible, innovative training strategies.”

A recent study by Transmosis, a nonprofit of tech entrepreneurs working on labor and employment, identified over 100 recently established websites aimed at improving the ability of job seekers to identify and apply for jobs, and/or improving the ability of employers to identify candidates who would be good fits. New websites are launching each week.

Some of these websites target specific industries and occupations, such as Doostang (finance) and Proven (hospitality). These sites can only succeed with the participation of employers, so their success hinges on deep knowledge of the industry and what businesses need. Other websites, such as MindSumo, Take the Interview, and Careerflo, enable job seekers to go beyond the traditional résumé and supplement their applications with video demonstrations, interviews, and portfolios. Still others, like YesGraph and Work4, expand the ability of job seekers to draw on referrals.

These Internet tools are aimed at generating revenues, as they must be. But talk to the entrepreneurs behind them and you hear a social mission: improving the labor exchange, matching job seekers and employers, or giving job seekers options beyond the black holes of traditional job boards.

One example, Workpop.com, is a Los Angeles start-up founded by Chris Ovitz and Reed Shaffner, who see a better way than the online job boards to connect entry-level restaurant workers (busboys, waiters, bartenders) to job openings. Their site enables workers to apply for jobs through their phones, to store résumés on the site, and to make videos demonstrating what motivates them to do their jobs. Workhands.com, a start-up in San Francisco, is a type of LinkedIn for skilled workers in crafts such as carpentry, welding, and automotive repair. Akimboconnect.com, a start-up in New York and California, helps workers with disabilities better showcase their skills, and helps employers seek out such workers.

To be sure, many of these new websites will not be in operation two or three years from now. Employers have limited funds to spend on job placement, and the number of firms already competing for these dollars is far too many. Other attempts to monetize the job placement services have yet to gain traction.

Still, these entrepreneurs are trying to build a better system, and some will succeed, because they are not about meetings, process, forms. They are about enrolling job seekers, testing ideas, pivoting, adapting, moving on to the next idea.

Their enterprises will never replace the low-tech networking and one-to-one job counseling that remain the best route to employment today. Further, they cannot replace the experience and knowledge that the public workforce has built over the past five decades.

Indeed, the most promising path for better job placement is to integrate the old government workforce system with the innovation of private-sector entrepreneurs. This is starting to happen in Southern California. The South Bay Workforce Investment Board (SBWIB), which oversees the public workforce system in nine cities in south Los Angeles County, has joined with Workpop.com to increase hospitality industry placements, especially for entry-level workers. Workpop is not receiving any public funds—but it is drawing on SBWIB’s research on the hospitality sector and its ability to identify job seekers. SBWIB and its job-seeking clients benefit from Workpop.com’s Internet and mobile tools.

SBWIB director Jan Vogel has been in the training field for nearly 40 years. Rather than be dismissive of the new entrants, he welcomes them. “Partnering with these entrepreneurs enables our job centers to reach more companies and individuals faster and more effectively,” he said. “The new companies optimize the technological spirit that is exploding in California.”