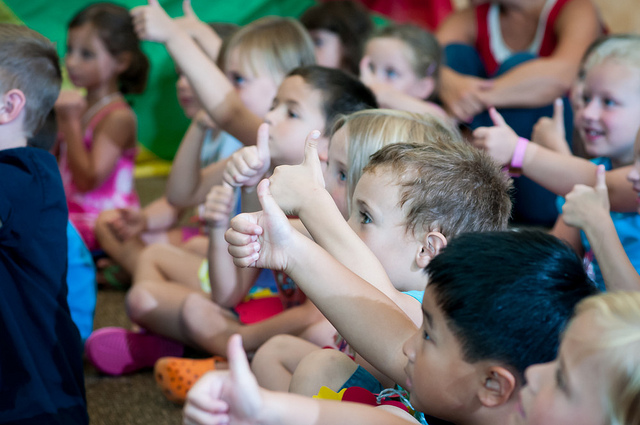 You are 5, and you have your priorities. You are reassembling the wooden train tracks into a new configuration. You are building an airplane hangar out of Magna-Tiles. You have a drawing you need to finish. You want to linger in the bath and play with the little plastic boats. An hour into dinner, you are still picking at your food.

“Hurry up, Ben,” I always say, if it isn’t “C’mon, kid” or “We have to go.” Don’t you know that I have too many things to do? Don’t you know I need to put you to bed? Can’t you see the refrigerator is empty, and we’ve gotta get to the grocery store? Don’t you remember that your two brothers have to get to day care and preschool?

Don’t you know that life is a race? Don’t you realize that kids around the world aren’t dawdling, that they’re learning and developing and growing, while you’re just sitting there? That’s why I signed you up for those reading classes Sunday mornings at Pasadena City College, and why mommy just signed you up for Spanish. It’s why you’re in gymnastics and soccer and swimming, and why I burned all those Saturdays coaching the Lugnuts, your T-ball team.

Do you know that I still feel guilty? Don’t you know how much I wish I could afford to send you to one of the great private schools I once attended around here? Adults tell themselves that they put kids first, but most of us don’t really mean it. Especially in California. Some countries provide universal child care and preschool, but not ours. Did you know that California is a rich state that spends far less per kid than others?

Do you know what I want to say to my fellow Californians when I watch you go off to kindergarten? I want to say hurry up. Get rid of Proposition 98, the education funding formula that acts as a ceiling on school spending. Never again give schools IOUs instead of actual funds. Let local communities manage their school finances, set their own taxes, and make real plans.

Hurry up and provide enough funding to lengthen the school year to more than 200 days, like the research says we should, like the Catholic schools and some charters already do. Why do we cling to our 180-day school year—and agree to even fewer days when the budget is bad?

Wait, the people running California will tell you and me. We really care about kids, and we’ll come up with the money—someday. But when is that going to be? When you see your own boy off to kindergarten?

The temporary Proposition 30 sales and income taxes that kept schools from sinking further will expire before you finish fourth grade. And all that news you read about additional money for districts with poor kids? That’s just a promise; the increased funding won’t take full effect for eight years, when today’s kindergarteners are seventh graders, if it ever does.

Don’t these people have any sense of time, Ben? Aren’t they aware of how much you and your fellow California kindergarteners will need to grow and learn in the years while we wait?

“Wait,” I say. I am editing, writing, talking on the phone.

Hurry up, Daddy, you say, because there is a book I promised to read you, a Gold Line train I promised to take you on, a song I promised to play for you. You pull me from the laptop and try to grab the phone; you’re eager to separate me from those two constant intruders on our fun. Technology means I must confront the choice between being a good worker and a good dad every minute, over and over.

The dirty secret I won’t tell you is that, as much I love you and our time together, work is easier than you and your brothers ever will be. Articles and memos get done, but children are never finished.

When you were a baby, people would stop us in the street to admire your long eyelashes and then tell me it all goes by so fast. But five years in, it doesn’t seem fast. It feels like time has slowed down, and you’ve been here forever.

Time is powerful, and deceptively lacking in constancy. Is a half-hour at the playground really the same as a half-hour at the grocery? It’s little wonder you are now obsessed with time, and its wily ways. You ask me to buy you watches, and you stop and study any clock you see. You always want to know when—when we will eat, when we will go to school, when the bath will be drawn.

Your afternoon kindergarten starts at 11:30 am. You love the place immediately, but my first week of kindergarten is hard, with so many new rules—the rules of others, for a change—to absorb.

Don’t let your kids bring toys, or cell phones to school. (They’ve never had a kindergartener with a mobile—I asked—but first graders? Yes.) Don’t buy school supplies; donate money to the teachers instead, since they can buy them at a discount. If you want to eat at the cafeteria, you’ll have to memorize and punch in a six-digit ID code.

As if this all weren’t enough, this just in: A couple of students in the district’s high school, four blocks from our house, have been arrested for planning a mass shooting. We feel relief and happiness—a catastrophe averted—and don’t worry until the e-mails and robocalls start to come, from the superintendent and the school board and principals, all in worried tones that makes the tragedy that didn’t happen seem much bigger.

But your classroom is nicer than any classroom of mine. There are two teachers for 24 of you, and they seem great. The younger one, in a bowtie, is one of those magical characters kids can’t keep their eyes off of. And he tells you and your classmates that this is the first day of 13 years, or 17 years, or maybe even many more years of schooling. It is the first day of the rest of your life.

Then they ask me and the other parents to leave, and they close the Kindergarten Gate. And you hurry into class, as though this is some sort of race. Where did you get that idea?