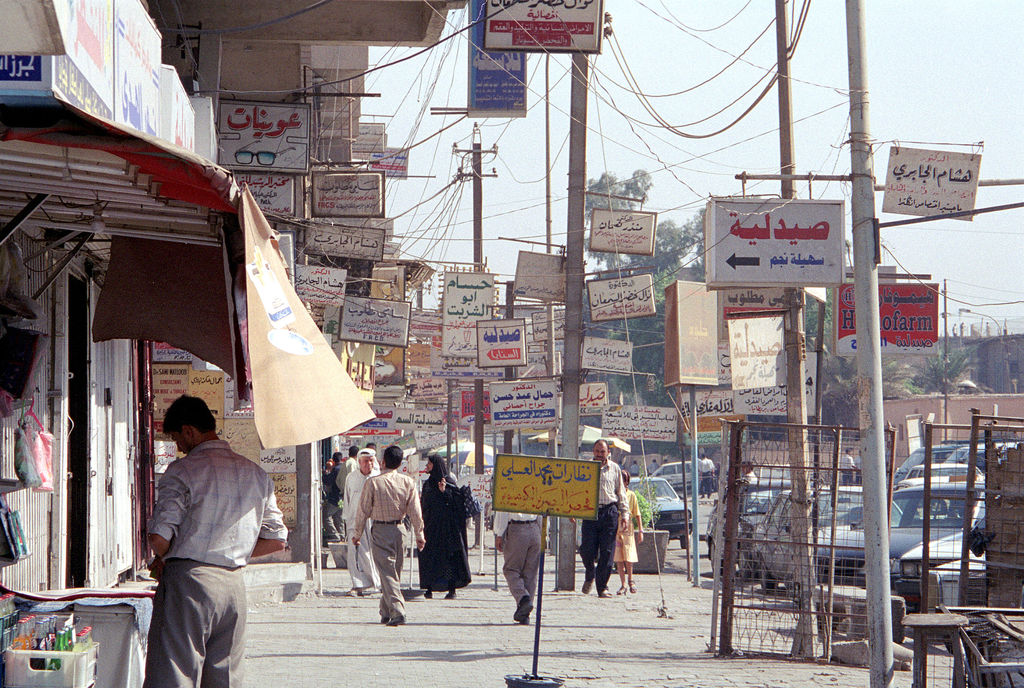 When people ask me how I feel about the latest events in Iraq, I tell them I feel sad. All these people—both Americans and Iraqis who have died since 2003—died for nothing. And as the Islamic State insurgency unfolds, and as Iraq tries once again for a peaceful political transition, I’m mourning not just those who have died over the past decade, but for a country that I haven’t been able to recognize for a very long time.

I grew up in Baghdad in a middle-class family. My father served in the Iraqi Air Force and often traveled internationally; my mother was a math teacher; my siblings all attended college. I graduated from the most prestigious high school in Baghdad before getting my degree at pharmacy school.

I grew up reading Superman and Batman comics, playing with Legos, and swimming at the pools of the fancy clubs where my parents were members. I was 12 during the first Gulf War in 1990. And until then, my childhood was uneventful: I was a happy kid.

Until 1990, I never heard a mosque call for prayer. I almost never saw a woman covering her hair with a hijab. My mom wore make-up, skirts, blouses with shoulder pads, and Bermuda shorts. She never covered her hair.

Since moving to Los Angeles in 2009, I’ve realized that most Americans don’t understand that Iraq used to be a modern, Westernized, and secular country. From the 1930s to the 1980s, Iraq’s neighbors looked to it as the example. People from different Arab countries came to Iraq to attend university. The country had an excellent education system, great healthcare, and Iraq was rich—not the richest, but rich.

After Iraq invaded Kuwait, 24 years ago last month, the United States destroyed most of Iraq’s infrastructure during the Persian Gulf War. Bridges were bombed, along with power stations, railroads, dams, and oil refineries.

I remember that we would turn on the faucet, and barely any water would come out. It was worse during the summer. In order to take showers, we had to rely on water tanks on the roof, which supplied extra water to our home. To keep the tanks full, we had to fill containers with dripping water from a hose. Sometimes it would take hours for one container to fill because there was so little water. Then we would have to carry each container up and down the roof in many shifts. To make things worse, the water would come out boiling hot because it had been sitting in the sun. We also had limited electricity—which remains a problem, even 20 years later. Sleeping was difficult. You would wake up, sweating, in the middle of the night. You couldn’t open the windows because of mosquitoes. I would sleep in my underwear on the marble floor because it was cooler.

In 1990, an embargo was imposed, which prohibited Iraq from exporting oil. Iraqis suddenly found themselves poor.

Prices became inflated, and everything cost more. Before the war, you could buy a flat of eggs for two Iraqi dinars. By 2003, when the U.S. invaded Iraq again, those eggs cost several thousand dinars. (My monthly paycheck after I graduated from pharmacy school was 50,000 dinars a month.)

People’s values changed after 1990, too. Robberies increased. Houses were even built differently. There used to be low fences separating one house from another. But after the war, people built high fences and covered their windows with bars. Our home was robbed three times over 10 years. If you parked your car by the street—even for just three minutes—you risked your hubcaps being stolen.

Gradually, people also began turning to religion as a result of all the hardships. Religion changed the country: more censorship, more rules, more rigidity. Alcohol, which was once widely accepted, was frowned upon. Mainstream TV shows and movies—even cartoons—were censored to remove kissing scenes, partial nudity, and other elements viewed as immoral.

Neither of the United States wars changed life in Iraq the way the U.S. government had intended.

I think the United States wanted Iraqis to revolt against Saddam Hussein and depose him. That wasn’t going to happen.

In the movie Stargate, scientists go back in time to ancient Egypt, where an alien is enslaving the Egyptians. The scientists try to convince the Egyptians to claim their freedom. The Egyptians look at one another and say something like, “Yes, that makes sense. Freedom.”

If only it were that easy.

The notion of democracy is foreign to the Arab world. Although the West saw the “Arab Spring” protests as movements for democracy, they were really uprisings against various dictators, which are not the same thing. What we know is that for countless generations, we’ve lived in a hierarchical society. It’s not about individualism or personal freedoms. It’s about following your father, your family, and your tribe. There’s no culture of respecting different opinions.

As a college student, I looked to the West in awe of the personal freedoms and human rights that let people follow their dreams. In the U.S., even animals had rights.

But many Iraqis I know don’t see freedom the way Americans do: a political right afforded to everyone who lives in the U.S. I’ve heard crazy comments that equate freedom with loose morals and women having sex without being married.

The very idea of freedom rocks the whole foundation of Iraqi culture. So, when Iraqis were given their freedom, instead of turning to democracy, they, like many other in the region, turned to religion—and religious leaders for guidance, and political advice.

Shiites voted for Shiite candidates. Sunnis voted for Sunnis. The Shiites came to power because they were the majority.

What’s happening in Iraq today is merely a continuation of the failure of democracy. And a failure of the United States to understand the psyche of Iraqis.

The people who might have been able to change Iraq—the educated, the artists, the moderates—began leaving in 1990, after the embargo was imposed and their comfortable lifestyles came to an end. People with connections fled to friends and family in other countries. Almost all of them left the country illegally.

In 2003, Saddam Hussein fell and the floodgates opened up, with even more leaving the country for good at a time when they were most needed. Until that year, I was barred from traveling along with other pharmacists, doctors, and certain professionals.

I wanted to leave, but what would I do? Where would I go? Only a handful of countries even allowed travel on an Iraqi passport. My parents and siblings fled to Syria, and later to Jordan. I stayed in Baghdad, where I worked at the International Republican Institute, a non-governmental organization that promotes democracy in post-conflict countries. Later, I got a job as a translator at the Los Angeles Times.

With my friends and family gone, I felt very isolated and alone. It also became unsafe to move around, even to do simple things like go to a restaurant or the market.

In 2009, I managed to come to the U.S. as a refugee, and I was happy to leave Iraq behind. But even though I’d given up on my country, I had hope that things would not get as bad as they have today. It is my worst nightmare that an extremist group like the Islamic State has support in Iraq and, though it pains me to say this, the aftermath of the U.S. invasions has brought us to this point.

After the U.S. toppled Saddam Hussein in 2003, some even dared to dream that the country would become as rich as Gulf States like Kuwait. There was no Iraqi government in place for a long time and, for several months, life in Baghdad was free of bombings and attacks.

To make things worse, the U.S. dissolved the Iraqi army and started a process to remove those politically aligned with Saddam, which ended up taking jobs away from thousands of Sunnis and seemed like an unfair witch hunt. Add to these political actions poverty and a lack of basic services, and you end up with a deep, sectarian divide in Iraq that I believe led to the insurgency and the problems that exist today.

I despised Saddam, but I don’t think an extremist group like the Islamic State would exist under his rule. Even if Saddam had gone crazy and killed a bunch of people, it wouldn’t be anywhere near the number who have died since he was overthrown. I see a civil war coming, and an Iraq divided into states.

So as I read the news on CNN Arabic and the BBC while pacing around the house, I feel as if I’m experiencing a death in the family. I’m going through the stages of grief: denial, anger, sadness, depression. Lately, I’ve even tried to avoid reading the news at all.

Sometimes, I watch old YouTube videos that show the way Iraq used to be. The Iraq I loved and was proud of—the country I lived in before 1990—doesn’t exist anymore. And I don’t see that changing in my lifetime.