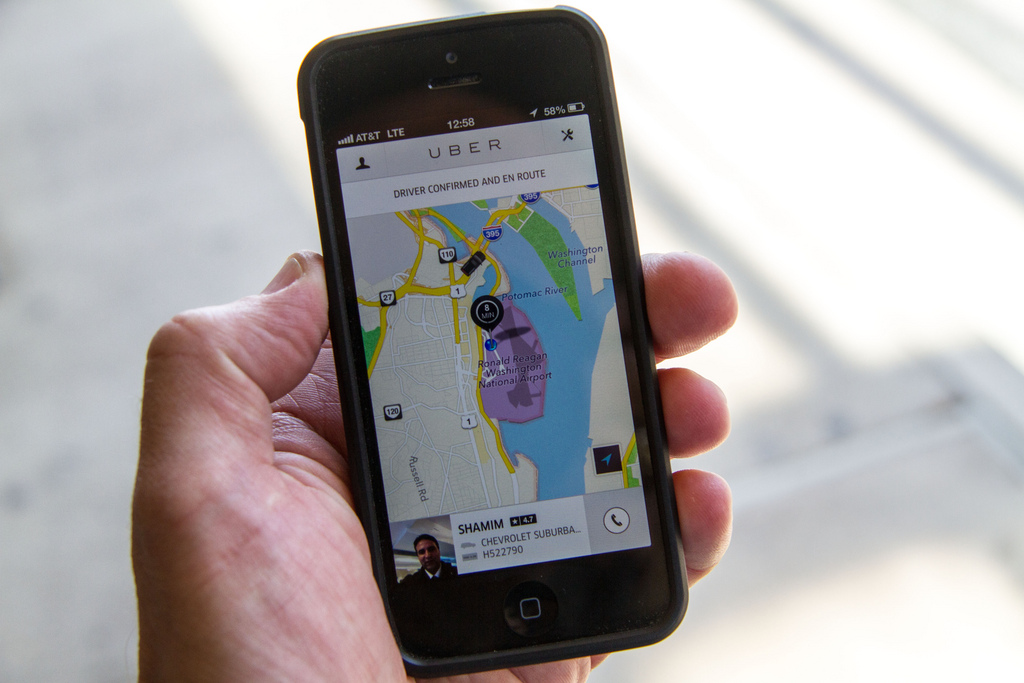 Uber has pulled off what few others can these days: The beloved car service (if I’m allowed to describe it so prosaically) has united politicians of all persuasions. Republicans, Democrats, and libertarians are all vying to outdo each other in portraying the popular company, and its political struggles to avoid regulatory strangulation, as a poignant validation of their worldview.

Uber last month hired David Plouffe, President Obama’s former campaign manager and White House adviser, to direct its “campaign” against “Big Taxi” and local transportation regulators across the country. At the same time, conservative Republicans like Senator Marco Rubio and anti-tax crusader Grover Norquist championed Uber even though it is the darling of harried urbanites in Democratic enclaves like San Francisco and New York City.

The Republican Party is embracing Uber’s popularity in such hostile jurisdictions with a plaintive “See, this is what we have been complaining about all along” pitch, complete with a “petition in support of innovative companies like Uber.” Republicans understandably salivate at the sight of liberals, for once, railing against government overreach–excessive licensing requirements, taxes, and safety regulations–threatening a service they love. Is it too much of a stretch to hope that these ride-share fans might rise up to oppose similar government-imposed obstacles facing plenty of other American businesses–power utilities, financial companies, industrial manufacturers, and other “companies like Uber”?

Good luck with that. The big regulatory clashes of the Internet era–the various iterations of net neutrality, the Microsoft antitrust case, the disputes over taxing online commerce, the Napster music download battles, the recent Aereo TV Supreme Court case, and the current fight over how to regulate Uber, Airbnb, and other “sharing economy” firms–haven’t produced new thinking or conceptual breakthroughs for how to regulate other areas of the economy.

Instead, these “new economy” fights have deepened the dysfunction of our very old political system. These disputes have typically involved definitional squabbles: Is Uber merely another limo company? Was Aereo’s TV streaming service more akin to your old VCR or a rogue cable company? Disrupting technologies also render obsolete existing regulatory approaches that then become difficult to dismantle or update. And so Internet-era fights stand out for their brazen hypocrisy, cynicism, and intellectual inconsistency.

That alternative scenario is pretty much how things stand in the telecom sector, where Republicans have generally defended the prerogatives of incumbent players against regulators and new competitors preaching “net neutrality” (the principle that owners of the Internet’s pipes or airwaves cannot make separate deals with content providers on price or speed depending on their traffic volume or other considerations, but must treat everyone equally). When it comes to the long-running net neutrality battles at the FCC and in the courts, the GOP has been far more sympathetic to what economists call the “stranded costs” and property rights of established incumbents who built their businesses the old-fashioned way.

But conservatives aren’t alone in their hypocrisy, or semantic creativity, when it comes to Uber. Liberal Uber lovers, instead of addressing cities’ burdensome transport regulations head-on, are more comfortable arguing that the company doesn’t belong in the same category as those old yellow taxis and limo companies. Uber, you see, is a technology company!

This sort of semantic nonsense has been a staple of all Internet regulatory fights–and, on the business side, of the hype used to try to justify stratospheric valuations for dot-coms during the Internet bubble early on. For a long time Internet enthusiasts felt it was OK to “share” copyrighted music and films online widely, since it was somehow different than old school piracy. And if you think Tesla shouldn’t be forced to sell their cars through third-party dealers, arguing that it’s a tech company that shouldn’t be subject to the old rules is far easier than seeking to take on the anachronistic and anti-consumer laws hurting all car companies. Better to create a loophole or carve-out for the new players than to bother modernizing the entire system.

For years, online retailers like Amazon benefited from the dubious notion that taxing online sales would stifle the development of the Internet, and that online retailers, because they are primarily tech companies, shouldn’t be subject to those pesky burdens imposed on brick-and-mortar retailers. I am a huge fan of Amazon, but it is unfair to its competitors in the physical world (not to mention to state revenues) for my purchase of shoes on the site to be treated as some mystical high-tech event that is not, contrary to all appearances, a retail transaction.

The “sharing economy” moniker, as applied to the likes of Uber and Airbnb, is itself a brilliant but disingenuous fiction. What exactly am I “sharing” in an Uber transaction? As far as I can tell, the company owners are “sharing” with me a driver it has hired so long as I pay a certain amount of money to get from Point A to Point B. The service is good and prompt, but I am not sure what is being “shared” that my community’s yellow cab service doesn’t also “share” with me. Similarly, calling Airbnb part of the “sharing economy” seduces us into thinking it’s so different from everything that has come before it. But isn’t the underlying transaction involved–me paying you $100 to rent a room for the night–basically the same one I engage in if I book a hotel room on Expedia?

So let’s get real. The transformation of numerous industries by nimble players leveraging formidable information technologies on behalf of consumers is to be celebrated, but not to the point of pretending that things that are aren’t, or that aren’t are. There’s plenty of that already taking place in our traditional politics.