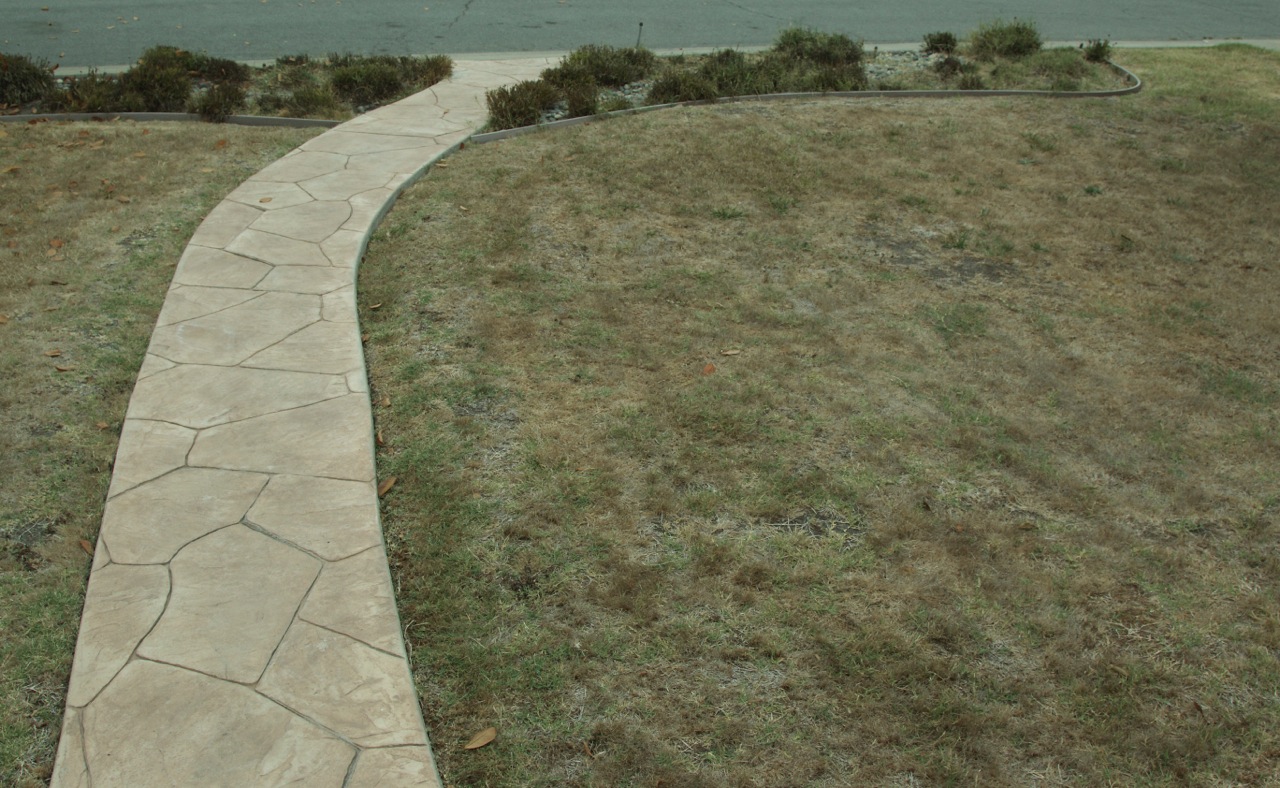 As another disappointing rainy season drew to a close this spring, I began a new household chore. I walked across the parched and withered remnants of our front lawn and used a hefty screwdriver to lift the concrete cover off our water meter box. Brushing aside the cobwebs, I recorded the latest numbers from the analog dial. It’s a task I have repeated every week or two throughout the summer.

Here in Santa Cruz, tracking our water consumption has become a serious matter. Compulsory water rationing began in May.

More than 80 percent of California is in extreme drought, and scorching temperatures in the first half of 2014—the hottest on record—have only complicated the calamity. Hundreds of California communities are urging conservation, and the state recently approved a $500 fine for water wasters. For now, however, most water restrictions in California are fairly light and loosely enforced. Los Angeles, for example, is beefing up its water patrols and education efforts, but residents can still water their lawns three times a week and wash cars with a nozzle.

But in Santa Cruz, and a handful of other cities, the rules are strict and mandatory. If plentiful rains do not arrive next winter–and forecasters recently downgraded the chances of a strong El Niño that could bring drought-busting storms–Santa Cruz’s tough water restrictions may foreshadow the fate of L.A. and many other cities.

This summer, Santa Cruzans were required to slash overall water consumption by 25 percent. Due to a strong environmental focus here, we were already some of California’s thriftiest water consumers with per capita use at just half the statewide average.

Santa Cruz typically has cool, foggy summers and an average winter rainfall of about 30 inches. When I first moved here, I was intrigued to encounter banana slugs in the damp redwood forests. But the lush green landscape is deceptive. Santa Cruz depends almost entirely on seasonal rains to replenish our water supply, leaving us more vulnerable than many areas to drought.

The city’s water rationing plan provides every residential property with a monthly allotment of 7,480 gallons. That’s for a household of up to four people–the allocation increases if there are additional residents. This works out to an average of 249 gallons each day for everything.

The water shortage seeps into every part of our lives. Long hot showers are now just a memory, as we hurry through a two- or three-minute soap-and-rinse. Even though we previously installed water-saving toilets, this year we don’t flush unless it is necessary. We don’t wash our cars. Hosing down outdoor walkways is not allowed. If you own a hot tub or a pool, you cannot refill it. Hotels ask guests to forgo daily linen service. Unless it is requested, restaurants no longer provide customers with a glass of water.

Not watering our lawn provides the biggest water savings. Like so many suburban homes in California, our landscaping replicates an English garden with a verdant front lawn, even though our climate is vastly different. When rationing started, I measured what it took to keep the grass green. With the sprinklers running, the water meter’s dial whirled like a dervish. Roughly 10 minutes of lawn watering consumed our entire daily allotment. In an ordinary year, I calculated that our lawn accounts for more than half our summer water usage.

We always knew our lawn was wasteful, but due to the expense of installing new landscaping we had not gotten around to making a change. This winter we will take advantage of a city-sponsored incentive program that offers rebates of up to $500 for replacing lawns with drought-tolerant plants. Throughout the Golden State there are more than 2 million acres of thirsty lawns, an area more than twice the size of Rhode Island–and this is actually good news. Replacing lawns with alternative landscaping offers an obvious way to conserve.

So far this summer, my wife and I have consumed only about two-thirds of our monthly ration. Throughout the city, some 94 percent of residents are cooperating. Reports about the few who have exceeded the limit indicate that some have done so accidentally. The owners of an unoccupied beach bungalow were shocked to receive a $1,700 water bill caused by a leaky toilet. In lieu of paying a fine, first-time offenders can attend two hours of “water school,” where they learn about our local water woes, study conservation methods, and find out how to use a water meter to check for leaks. Repeat offenders, however, are subject to stiff fines. Penalties have ranged as high as $4,000.

One frustrating consequence: the better job we do saving water, the higher our bills may be. Under the rationing plan, the city brings in less revenue because it sells less water. But many operating costs of the water system remain fixed, so the City Council is considering a proposal to charge customers an additional $4 million to cover the shortfall. If the drought worsens and we use even less water, that figure could go much higher.

That’s not all. As in many California communities, our aging water system needs a serious upgrade. Citywide, we lose an astonishing 8.5 percent of our water supply to leaks. To cover the cost of these improvements, we in Santa Cruz are looking at the likelihood of a steep, 10 percent annual rate increase for the next five years.

Officials have been searching for ways to increase our water supply, from augmenting storage capacity to water exchanges with neighboring cities to recycling more water. The most controversial proposal is a $129 million seawater desalination plant. Because of widespread opposition, city officials scuttled plans to put “desal” to a vote this year. No matter what is done to increase supply, conservation will continue to be a permanent way of life.

For all the drought has cost us, what I miss most is our normal rainy season. It seems like it has been ages since we experienced a series of powerful, ground-soaking, river-filling storms. I miss how the air fills with expectation just before a weather system moves onshore, the sky darkening and the wind stirring. I long for the rattle of rain on the roof and to once again walk through fields of moist green earth.

Until that happens, I’ll continue to check my meter and to conserve every drop of water.