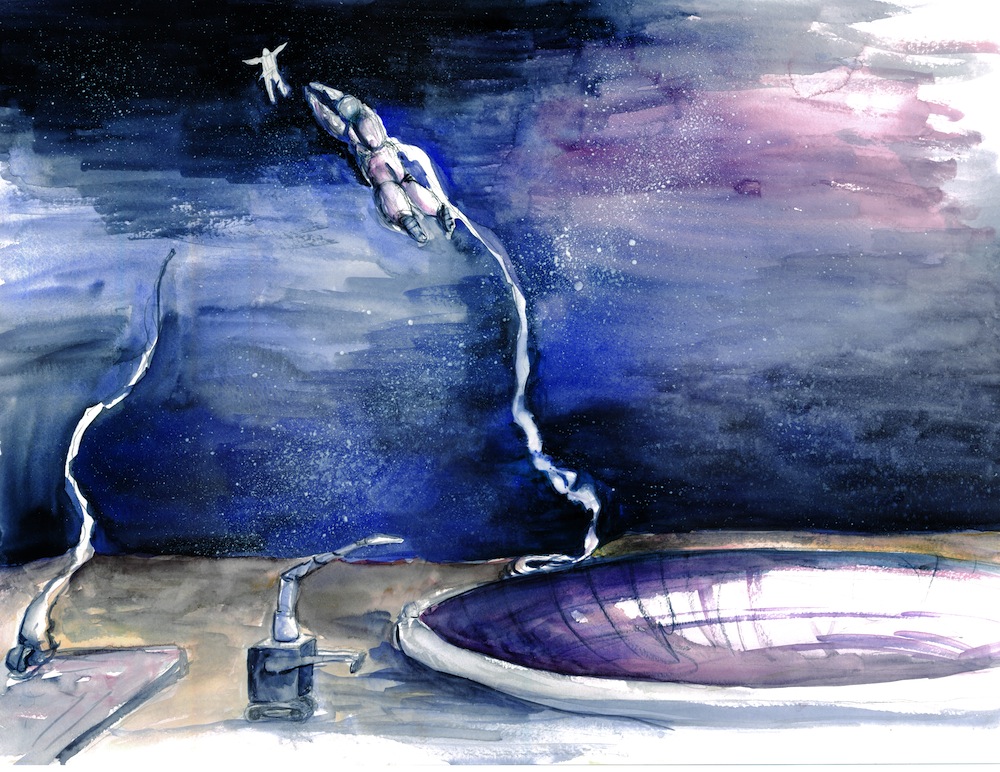 Did most astronauts grow up watching Star Trek—and is it possible they learned anything useful from the adventures of the USS Enterprise? Is it coincidence that Isaac Asimov was the first to envision the robot—or did he lay some groundwork for the scientists and engineers who followed in his footsteps? The relationship between science fiction and science is more complex than it might first appear. In Hieroglyph: Stories & Visions for a Better Future, science fiction writer Neal Stephenson anthologizes stories that just might help scientists and engineers solve real-world problems. Stephenson and Arizona State University physicist Lawrence M. Krauss, who wrote the foreword to Hieroglyph excerpted below, visit Zócalo to discuss whether science fiction has the power to change science.

Science fiction shares with science a most important driver: a fascination with the possibilities of existence. As a theoretical physicist, my motivation for studying the universe has always been the wonder of what might be possible rather than what is practical. This makes me particularly sympathetic to the challenges facing science fiction writers. After all, perhaps the most significant difference between science and science fiction is that the former explores what is possible in our universe, and the latter what might be possible in any universe.

This is not to minimize the significance of this important distinction. The renowned physicist Richard Feynman once said that “science is imagination in a straitjacket.” It is wonderful to let one’s imagination roam, but forcing our ideas to conform to the evidence of reality, and being willing to throw out ideas, even beautiful ones, if nature turns out not to use them, is hard even for those of us who spend our lives preparing to do just that.

In my own field of cosmology, for example, we have been forced, kicking and screaming, by the data to give up the comforting notion that the energy of empty space had a commonsense value, namely zero, and have instead had to come to grips with the fact that empty space contains the dominant energy in the universe, producing a kind of cosmic antigravity that will determine our ultimate future.

In this regard it is perhaps appropriate to suggest instead that science fiction is the literature where we keep the beautiful ideas and throw out the data … namely, where we are free to conjure new realities that conform to our ideas.

So it is that I am often unimpressed when people claim that science fiction anticipates science. It doesn’t. The imagination of the natural world far exceeds that of even the most gifted science fiction writer. The really big advances in science are most often unforeseen, which is one of the things that makes science so fascinating and so much fun to be involved in. These include serendipitous discoveries like the antibiotic capability of penicillin, the weird behavior of the expanding universe I alluded to above, or even the overwhelming social revolution created by the World Wide Web.

When science fiction and science do converge, there is rarely a causal connection, but rather it is generally because creative people can come up with independent but similar solutions to well-known problems.
Thus, for example, faced with the possibility that opening someone up to explore inside his or her body might be less desirable than probing metabolic processes from the outside, the writers of Star Trek invented the “tricorder,” whereas in the real world, scientists came up with ultrasound, CAT scans, and MRI machines. The latter were far more difficult to actually make work than the former of course, so it is not surprising that they arose later.

Of course there are periodically examples of science fiction inspiring real-life designers. The original flip cell phone was inspired by Star Trek, and the X Prize Foundation now has a prize for someone to develop a real-life tricorder. But these are the exception, rather than the rule.

This is what makes [Hieroglyph] so intriguing and ambitious. In this collection of stories, science fiction writers, futurists, and technology writers have been challenged to come up with stories on the hairy edge of current reality—exploring possibilities that might actually spur useful collaborations with scientists and engineers to produce new technologies to deal with problems just beyond our current horizon. As Neal Stephenson put it when he founded Project Hieroglyph: the collection should involve a moratorium on “hackers, hyperspace and holocaust.” Namely, it should avoid the classic science fiction hooks: a dystopian future or technology so advanced that the world it describes bears little or no relation to our world.

The stories in this anthology range over a locus of possibilities that take up just where current science and technology hang. I suppose one had to expect at least one story about space travel, that area that engenders such disappointment among those who grew up with the agonizing technological coitus interruptus of the Apollo program. Gregory Benford’s space-based saga may be mere wishful thinking, but a central facet of it revolves around technology that at least some entrepreneurs are taking seriously—mining asteroids for raw materials that might be used both to relieve scarcities here on Earth and to construct facilities in space. I wouldn’t personally invest in this likelihood—I just don’t see a business model that actually works—but if you examine my real-life investments, it is not difficult to distinguish my business acumen from Warren Buffett’s. And whatever one can say about the remarkable waste of resources associated with human space exploration—which gets in the way of doing good science at NASA—it is hard to argue that our future, if there is to be one, will in the long run expand beyond the confines of our planet.

More grounded, if you will forgive the pun, is Neal Stephenson’s piece about building a 20-kilometer tower on Earth. At first glance it seems to defy reason, but what are the actual limits of civil engineering? The Tower of Babel didn’t work out well for anyone involved, but like the bulk of the Bible, that story was just a fairy tale, and a pretty boring one at that. What if one seriously contemplates such a project?

Are there any laws of physics that really make this impossible? This idea has spawned a collaboration with engineers at Arizona State University. Time will tell if it leaps from a sparkle in Stephenson’s eye to reality. Other stories include subjects at the heart of modern science innovation, from neuroscience and memory storage to 3-D printers. Whatever skepticism one might bring to the likely success of such speculations for productively influencing ongoing scientific or engineering research, the true hallmark of good science fiction is, surprisingly perhaps, not based primarily on the science.