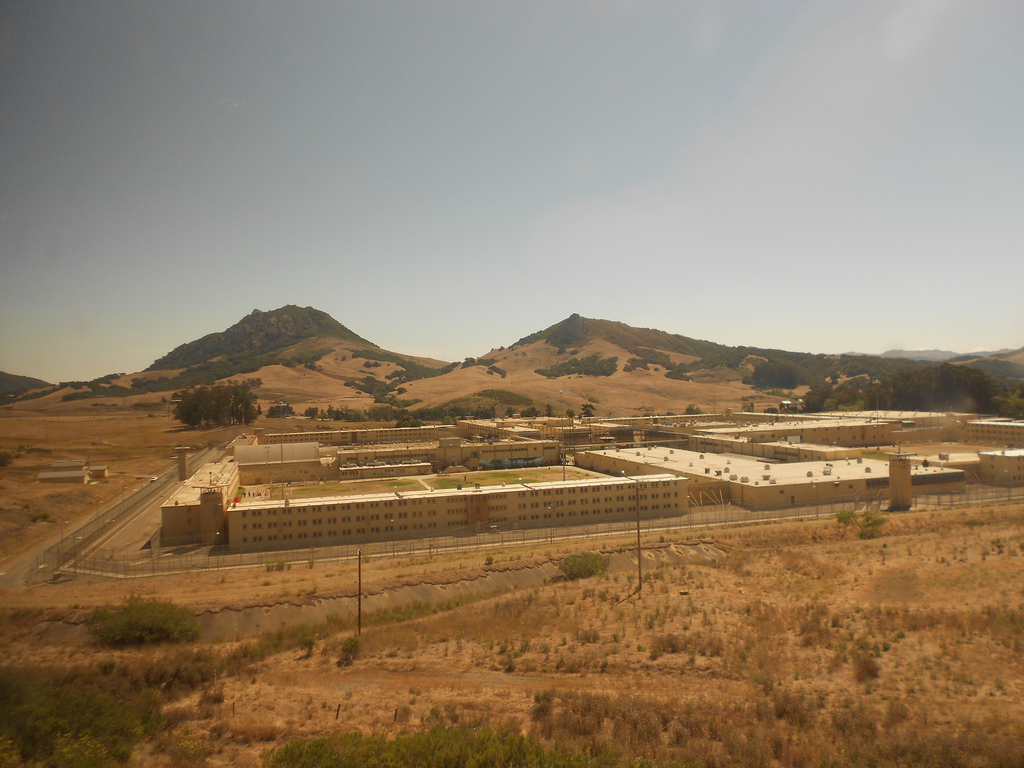 In 2009, overcrowding in California’s prisons had gotten so bad—140,000 inmates crammed into prisons built to house just 80,000—that federal judges ruled it violated prisoners’ civil rights. Under order to reduce the state’s prison population, Governor Jerry Brown introduced public safety realignment in 2011, a plan to send nonviolent inmates to county jails and probation departments rather than prison.

This year, a federal court gave California two more years to reduce the inmate population of its 33 prisons to 112,100. Along with shifting responsibilities to the county, the state is looking at other measures to move people out of prison, including good-behavior credits to shorten sentences and quicker parole for people deemed suitable for release.

And this fall, Californians will vote on Proposition 47, which proposes to reduce felonies for crimes like petty theft to misdemeanors and thereby keep greater numbers of low-risk, nonviolent offenders out of prison.

What has worked in other places to address prison overcrowding without compromising public safety? How can we address recidivism and the fact that 60 percent of former prisoners commit a new crime within three years of release?

In advance of the Zócalo/California Endowment event “Why Are There So Many People in Prison?”, we asked criminal justice experts the following question: What state has lessons to teach California about reducing its prison population?

I have to hand it to the Lone Star State; they do indeed do everything big. That includes reductions in its incarceration rates and costs, as well as in its crime rates, providing lessons for other states—including California.

In California we like to think we’re first in everything, but Texas began addressing over-incarceration in 2003. They passed laws that strengthened and encouraged alternatives to incarceration for certain nonviolent offenses, and increased the use of assessment tools to identify who received which forms of accountability based on individual risks and needs.

As a result, not only did incarceration rates go down, but so too did serious and violent crime: a 12.8 percent drop since 2003.These successes allowed lawmakers to close a prison and scrap plans to build 17,000 more prison beds (saving taxpayers $2 billion).

One key lesson to learn from Texas’ success is their investment in health solutions for the health problems that many incarcerated people share: substance abuse disorders and mental illness. The state allocated hundreds of millions of dollars to residential and non-residential treatment options for people convicted of nonviolent offenses, and on enhancing in-prison treatment programs.

This included expanding drug courts to deal specifically with drug offenses—and the accountability steps needed to end cycles of addiction and crime. By 2009, the recidivism rate for people who participated in the Texas Specialized Drug Court was nearly eight times lower than defendants who had not.

Substance abuse disorders and mental illness are pervasive in California jails and prisons, which is part of the reason for our stubbornly high recidivism rate of 60 percent. The good news is that we are making strides, including increasing investments in community-based health approaches.

If we do that, California will not just have lessons to share but also healthier, safer communities.

Lenore Anderson is executive director of Californians for Safety and Justice, a nonprofit working to reducing over-incarceration with common sense solutions that improve public safety and reduce taxpayer costs.

To help achieve sustained reductions in incarceration, California should end the practice of allowing governors to review parole board decisions. In doing so, it would join 45 states that allow parole boards to independently determine when a prisoner is ready for community supervision.

One in four California prisoners are “lifers” sentenced to life with the possibility of parole. The national rate is only 7 percent. California gained this dubious distinction because of its sentencing and parole policies, not its crime rates.

In 1988, Proposition 89 authorized the governor to reverse parole decisions in cases involving murder, and to require additional review for non-murder convictions. Parole rates plummeted as governors overturned most of the parole board’s release grants, thus warehousing hundreds of prisoners who had been deemed low-risk and ready for community supervision.

Under Governor Brown, there has been a sharp change. The parole board has found lifers eligible for parole in 15 percent of its hearings—a low figure that nonetheless exceeds the 4 percent average from the previous three decades. And Governor Brown has approved over 80 percent of these decisions.

But why should the governor reverse even 20 percent of a governor-appointed board’s decisions? And why should the state allow any future governor to revert to virtually ending parole for lifers?

These prisoners have often committed serious violent crimes. But decades-long sentences are excessive and expensive. A Stanford University study found that former lifers with murder convictions had a “minuscule” recidivism rate—less than 1 percent. That’s much lower than the nearly 50 percent re-imprisonment rate of all California prisoners. Yet it’s achieved at the cost of $47,000 per prisoner annually. Those funds should be redirected to prevent the violence that leads to calls for severe punishment.

Nazgol Ghandnoosh, Ph.D., is a research analyst at The Sentencing Project, a national non-profit organization engaged in research and advocacy on criminal justice issues. Her recent publications include “Fewer Prisoners, Less Crime: A Tale of Three States” and “Race and Punishment: Racial Perceptions of Crime and Support for Punitive Policies.”

California’s experiment in public safety realignment is being credited with closing the revolving door that keeps low-level offenders cycling through the state prison system by housing them instead in county jails and providing counties funding and flexibility to provide for these inmates. Currently the state’s 58 counties are doing their own experiments to determine how much of the realignment resources should be devoted to rehabilitative programs. But reducing California’s prison population over the long term will require the state to provide rehabilitative services like education that reduce recidivism and help to turn individuals’ lives around once they return to communities.

California can learn a great deal from the state of Washington, which has implemented a series of reforms focused on rehabilitation—on diverting offenders to treatment and other options and making serving time in prison the last option. The logic for this is clear: Analyses by the Washington State Institute for Public Policy show that cognitive-behavioral programs for adult offenders in prison and community settings can be expected to reduce recidivism rates by 6.3 percent, on average.

RAND’s recent national study on correctional education shows that adult offenders who participated in prison education programs reduced their risk of recidivating by 43 percent. Every $1 invested in these programs resulted in about $4 to $5 in savings in re-incarceration costs. Beyond the stark economic benefits is the broader incentive that such rehabilitation is good for society as a whole. As a recent report by the National Academy of Sciences indicated, mass incarceration is associated with negative social and economic outcomes, which make it very difficult for ex-offenders to turn their lives around when they return, disproportionately, to disadvantaged communities.

California took a bold step in implementing the Public Safety Realignment Act. Now it should move beyond realignment to focus on rehabilitation.

As California officials search for solutions to the state’s overcrowded prison system, they should consider using funding to shape a better system.

A “success-oriented funding” model is a simple, yet effective approach: Lay out clear priorities for what taxpayer dollars should accomplish, then tie funding directly to achievement of those priorities. The concept is simple: Fund what works to reduce crime and incarceration, and dump what doesn’t.

Some states and cities—like Illinois and New York City—have already implemented success-oriented funding programs. But California need not look outside its own borders for a model to reduce unnecessary incarceration.

Passed into law in 2009, the California Community Corrections Performance Incentive Act encourages probation offices to keep violators in the program rather than sending them back to prison by awarding counties up to 45 percent of what the state saves in prison costs. In its first year, California probation officers reduced the number of felony offenders sent back to prison by 23 percent, which saved the state nearly $180 million; of those savings, the counties received $88 million. This program promotes alternatives to incarceration that do not appear to significantly increase crime, according to the Public Policy Institute of California.

The state should implement success-oriented funding to criminal justice budgets across the board. For example, the legislature could provide additional funding—found within prison cost savings—to prosecutors’ offices that recommend alternatives to incarceration or to law enforcement agencies that issue citations in lieu of arrests. This could move California toward a smaller prison population and a more effective, socially beneficial, and efficient criminal justice system.

Nicole Fortier is counsel in the justice program at the Brennan Center for Justice at NYU School of Law and co-author of a policy proposal to reform funding streams to reduce incarceration levels across the country.

A growing number of states are recognizing that our “lock ’em up” approach to criminal justice is breaking the bank—and the spirits of communities.

From New York to Kentucky to Georgia, states are saving resources and safely reducing the number of people behind bars. One of the latest is Mississippi, which has the nation’s second highest incarceration rate—and a history of racial injustice. This year, Mississippi passed comprehensive reform that focuses on alternatives to incarceration for low-level offenders and strengthens interventions to reduce recidivism.

This moment shows us that it is possible to advance brave initiatives and policies that preserve resources while keeping our communities safe. Here are three steps we can take to ensure that public safety is a true civil and human right for all of us.

We can shift our “incarceration only” approach; instead of building more jails and prisons designed to warehouse, we can invest in evidence-based alternatives that reduce crime and racial injustice in our system.

We can make reentry a priority, not an afterthought. Every day in California, people who have served their time are sent back to communities with little more than $50 and a bus pass. Without the opportunities they need to get their lives back on track, nearly 65 percent end up behind bars in just three years. We can stop recidivism by eliminating barriers to reentry and investing in rehabilitation and critical support needed to help formerly incarcerated people live meaningful, productive lives—and to keep them out of prison in the first place.

We can also build a broad-based coalition to collectively champion change. This is an issue that has deep implications across many sectors, including education, health, and the economy. From businesses and law enforcement leaders to advocates for families and communities, we need all voices calling for an end to business as usual.

Cages can’t create safe and healthy communities. Criminal justice reform is one of the leading civil rights issues of our time, and we must turn around the legacy of failed policies that are costing us not just dollars but also precious human potential.

Lateefah Simon is the program director for the Rosenberg Foundation and a long-time advocate for criminal justice reform.