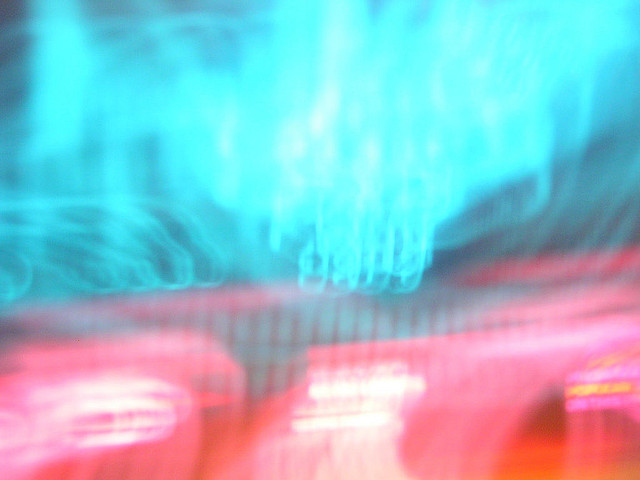 The Nobel Prize in Physics just awarded to Isamu Akasaki, Hiroshi Amano, and Shuji Nakamura for their work on blue light-emitting diodes—LEDs as they are commonly known—reveals the extent to which lighting technology has changed over the just the last four decades. Since the energy crises of the 1970s, researchers have introduced many new, more efficient light sources, but now all are being replaced thanks in large part to the work of these new Nobel Laureates.

As curator of the electricity collections at the Smithsonian’s National Museum of American History, part of my job involves documenting and preserving the history of electric lighting so that future generations can study original objects and learn about that aspect of our everyday lives. The pace at which LEDs have come to dominate the market surprised everyone, both inside and outside the lighting profession. When we revamped our Lighting A Revolution exhibition in 2000, we left out LEDs because we lacked both gallery space and items to display. Little did we realize that most of the lighting technologies we explored in that exhibition, like tungsten halogen and compact fluorescent lamps, were about to become obsolete.

These days, electric lighting serves as a mostly invisible technology. But only a century ago, people accustomed to trimming candles, cleaning kerosene lamps, and smelling the odor of gas jets stood and gazed in awe at the steady glow of incandescent lamps developed by Thomas Edison and his contemporaries in the 1880s and 1890s. Clean, easily controllable, and simple to replace, incandescent lamps appeared in a host of applications, from deep sea diving to aviation. As electric power grids reached ever more people, lighting costs fell and reliability rose. Consumers adopted electric lighting to gain control over their interior–and ultimately exterior–environments. By the 1930s industrialized nations were awash in light. As one illumination engineer later noted, incandescent lamps were the perfect light source, except for one little problem: poor energy efficiency.

The constant search for improved energy efficiency has influenced the story of every lighting development since. During the 1930s, lamp makers introduced discharge lighting, which involved getting an enclosed gas or a vaporized metal such as mercury or sodium to produce usable amounts of light. Fluorescent tubes, introduced to the American public at the 1939 World’s Fair, were widely adopted by commercial and industrial users during World War II and quickly made their way into homes after the war. Engineers measure the amount of light output in lumens; fluorescent tubes could provide up to three times more lumens per watt than incandescent lamps, but many users objected to the artificial quality of the light. In most American homes in the 1960s, incandescents still reigned supreme.

The introduction of a new type of phosphor coating in the late 1970s addressed some of those concerns and allowed for the development of compact fluorescent lamps, which could be screwed into the same sockets as incandescent bulbs. By the early 2000s, steadily rising energy costs and a decrease in the cost of compact fluorescents created an incentive for replacement. Still, many users objected to the unfamiliar color and strange physical appearance of compact fluorescent lamps. Others were uneasy about the small amount of mercury present in compact fluorescents. There seemed little alternative for small, energy-efficient lamps until Akasaki and Amano’s, and especially Nakamura’s, breakthroughs in LEDs.

LEDs actually trace their history back to the invention of the transistor in 1947 and research on solid-state lasers in the late 1950s and early 1960s. Historians are still sorting out exactly who contributed what and when, but the published literature shows that in 1962, Robert Rediker at the Massachusetts Institute of Technology demonstrated LEDs that glowed just below the spectrum of visible light in the infrared range, and Nick Holonyak at General Electric demonstrated red LEDs. Later that decade, GE’s miniature lamp department introduced a line of yellow-orange LEDs. Early LEDs were not very energy-efficient, and only a few colors could be reliably produced. Despite that, over the following 30 years, LEDs found a niche market as indicator lamps on circuit boards and for displays on digital clocks and pocket calculators. As more people adopted small electronic devices, producers gained more experience in the design and manufacture of LEDs.

Manipulating elements like gallium, phosphorus, arsenic, aluminum, and nitrogen on the molecular level in the 1970s and 1980s resulted in bright red and green LEDs. But white light requires a combination of red, green, and blue—and blue remained a problem. Building on work by Akasaki and Amano from the mid-1970s to late 1980s, Nakamura demonstrated the first bright blue LED in 1993. These breakthroughs have made LEDs near ubiquitous–now they appear in traffic signals, hallway exit signs, table lamps, computer and television screens, cell phone photo displays, and flashlights. Combined with digital controllers, LEDs can generate a spectrum of colors that actively changes in response to programmers’ needs. Most importantly, LEDs’ energy efficiency continues to rise while costs for manufacturing, materials, distribution, and design begin to fall.

Last month I attended a lighting trade show in Baltimore sponsored by the Illuminating Engineering Society where 30 or so vendors displayed a wide range of LED fixtures–for everything from accent lighting to large stage projectors. Similar to the way automotive engineers measure fuel efficiency in miles per gallon, lighting engineers have been looking for the maximum lumens per watt so they cost less to operate and are better for the environment. I learned that energy efficiency for LEDs has improved to around 140 lumens per watt and that experimental lamps giving 300 lumens per watt have been demonstrated in the lab. At best, incandescent lamps give about 30 lumens per watt and compact fluorescents about 90, while improved discharge lamps like metal halide and high-pressure sodium streetlights give around 130.

Unlike LEDs, incandescent lamps and discharge lamps are mature technologies without room for much improvement, so virtually no one, I learned, is now investing research and development money in them. Anyone who recalls the blackout during the 2013 Super Bowl will be pleased to learn that manufacturers are working on LED projectors suitable for use in large sports stadiums. The long interruption in the game came in part from the fact that the metal halide lamps being used to light the field had to cool off before they would relight. The issue with them reminds me of what Chief Engineer Scott once said to Captain Kirk on Star Trek: “I can’t change the laws of physics!” There are versions of these lamps that can restrike almost instantly, but they are very expensive and need special installations to operate. LEDs use a different physics. Because they cost much less per unit, they’re also much more economical for giant displays.

Of course there are problems still to be resolved. LEDs remain sensitive to ambient temperatures and don’t last as long when it’s hot out. Pilots and drivers alike complain about the sheer brightness of LEDs. The speed of innovation means that a given lighting product may only be available for about one year before being upgraded. Contractors on large installations that take a long time to complete may find that suppliers no longer stock a product they want by the time they go to install the lighting. Safety standards, design standards, and electrical codes governing the use of LED lights are still being developed; no one wants to lock something down today if that precludes something far better tomorrow.

Since Edison’s day, every time a novel light source was unveiled, commentators declared that the end of his incandescent lamp was at hand. This has never turned out to be the case in the past—but we may now actually witness that declaration coming to pass. I expect we’ll be seeing more and more applications for LEDs, especially since they’re already being integrated into smart environmental systems in buildings and homes. Long life spans, already 10 years and better, may mean that changing light bulbs becomes a once-in-a-lifetime experience–or a job for an electrician. LEDs may make lighting technology even more invisible than it is already.