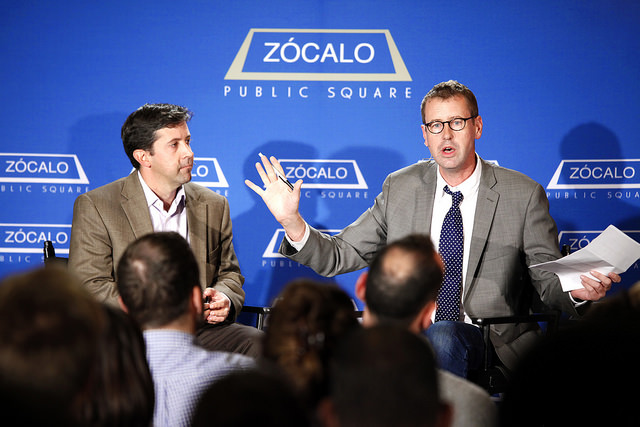 “Can you think of a city in the United States that was more determined by the railroad” than Los Angeles? Chapman University English scholar Tom Zoellner, author of Train, opened a discussion of the future of trains in L.A. by presenting this question to a standing-room-only crowd at Grand Central Market. L.A. may be famous for its car culture, but “railroads were an integral part” of the “great civic experiment” that is L.A., said Zoellner.

Yet connecting Southern California to the rest of the country by rail was an afterthought, he explained. In the late 19th century, L.A. was first simply a railroad-created appendage to the nation’s gold rush capital in Northern California. Then, railroad tycoons Collis Huntington and Leland Stanford decided to punch through the Tehachapi Pass to run their Southern Pacific Railroad line all the way to California instead of to Arizona, as originally planned. Once here, Huntington got a concession to build rail all the way to San Pedro—and put in his own stations along the way in places like San Fernando, Burbank, and Tropico (now part of Glendale. As a result, L.A. evolved “as a series of interconnected villages connected by the railroad.”

UCLA and UC Berkeley legal, business, and environmental scholar Ethan Elkind, author of Railtown, picked up L.A.’s train history there, explaining that in the early 20th century, L.A. had the largest streetcar network in the world. A great deal of nostalgia for that system remains, said Elkind, but at the time, the streetcars weren’t all that popular. People had the same complaints then about streetcars as they do today about driving in L.A.: too slow and expensive. So the city embraced cars and started heavily subsidizing automobile infrastructure. By the mid-20th century, however, all the negative impacts of car culture—sprawl, traffic, pollution—came to a head, said Elkind. But it wasn’t until the 1980s that rail finally began making a comeback in Los Angeles.

Elkind says he credits Mayor Tom Bradley—who made rail a campaign issue—for bringing trains back to L.A. A number of ballot measures to fund big rail projects failed to pass in the 1970s. But on 1980 (the same day Ronald Reagan was elected), thanks in part to a marketing campaign led by L.A. County Supervisor Kenneth Hahn, Angelenos approved a sales tax measure to build rail here.

Why the delay? “It took decades of perseverance and a lot of consensus-building to get a county this large to come to agreement about what a rail system would look like,” said Elkind. He explained that pleasing people from Palmdale to Palos Verdes in order to achieve over 50 percent approval at the ballot box was a tremendous challenge.

And, added Zoellner, there was also hostility from vested interests across the city, including the Los Angeles Times, which “never met a rail measure it didn’t oppose for many years.” Zoellner asked Elkind if he thinks there might be “something in the Los Angeles DNA that’s inherently hostile to rail?”

Elkind said that the central parts of Los Angeles supported rail for many years; the opposition was always centered in suburban areas. Plus, a lot of transplants from the East Coast came to Los Angeles to escape dense urban life; their idea of transit was New York City’s dark, dank subway.

Politics and jostling among different districts also impeded rail development in Los Angeles. The Wilshire corridor, said Elkind, is the “great tragedy” of the story of rail in L.A. Wilshire Boulevard is the most densely populated corridor west of the Mississippi. When the Wilshire line is built, it will be one of the most heavily utilized rail lines in America. But a 1985 explosion at a Ross Dress-For-Less store on Fairfax Avenue caused by methane gas became a major obstacle to the subway’s expansion. Congressman Henry Waxman, who represented the area, used the threat of another explosion to keep the subway out for decades.

Elkind said that local opposition is the reason the Gold Line preceded rail construction in other parts of Los Angeles with a greater need for train service. He was told that it’s never a good idea to propose a rail line in a neighborhood with home ownership above 50 percent; people who own homes organize and put more pressure on their elected officials to prevent rail construction than renters.

Politics also affect development around stations. If you want people riding trains, you need to put train stations where a large population lives, works, and shops. But homeowner groups often hinder development in precisely those places. However, if you build a station in an undesirable place where there’s not a lot going on, developers aren’t going to want to build there. The solution? Public investment to jump-start private investment, said Elkind.

In the question-and-answer session, the panelists were asked to look ahead to both the short-term and long-term futures of rail in L.A.

Will we ever be able to take the train directly to the airport?

Elkind said that the Crenshaw Line will take riders to the outskirts of LAX, where they’ll get on an automated people mover, in a setup similar to what you see in many cities. He doesn’t view this as a big issue, however, because a lot of people—especially families traveling with a lot of luggage—don’t want to take the train to the airport.

Zoellner disagreed: “I think direct service to the airport is an accouterment to a great city,” he said—and should be on offer in L.A. “just as an externality.”

Will Elon Musk’s “Hyperloop” to transport people from L.A. to San Francisco in 30 minutes pose a hurdle to California’s current high-speed rail plans?

No, said Elkind. High-speed rail is “a tried and true technology.” Musk is proposing something that has never been done for human beings.

In response to a question about whether services like Uber and Lyft, and driverless cars, might make rail obsolete in L.A., Zoellner echoed Elkind’s faith in rail.

The railroad is a basic technology that has not changed much since 1825. “A train is sort of like a broom or a hammer,” said Zoellner. “You can only improve it so much.” He doesn’t see that changing anytime soon.

Where should L.A.’s next trains go—beyond where they’re already slated to arrive in the coming decades?

I’d love to see a train back to the state of Wyoming, said Zoellner. 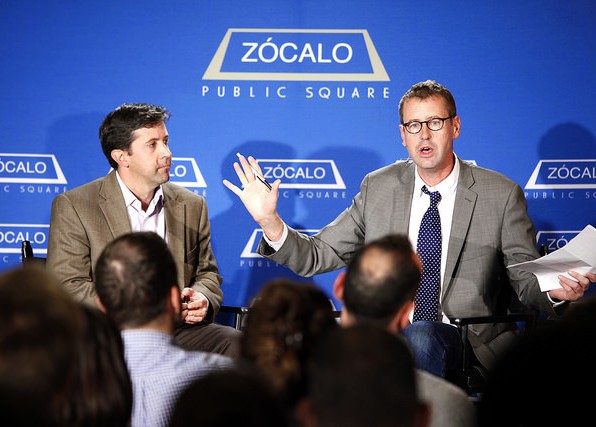 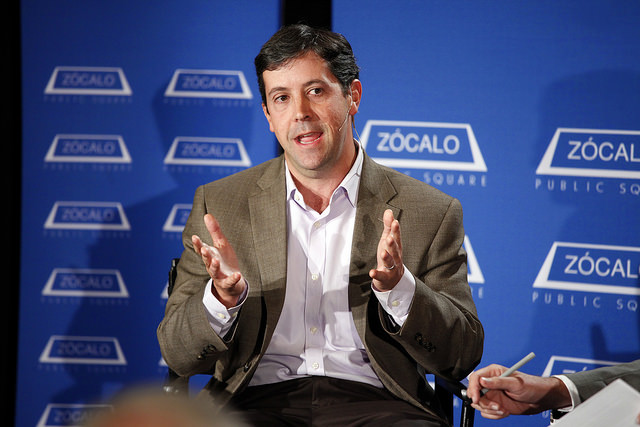 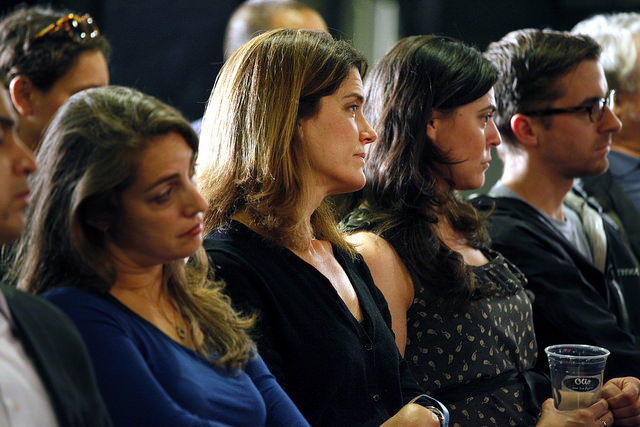 The crowd at Grand Central Market 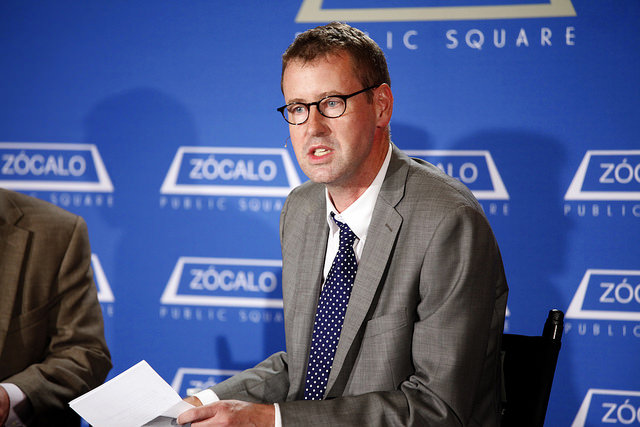 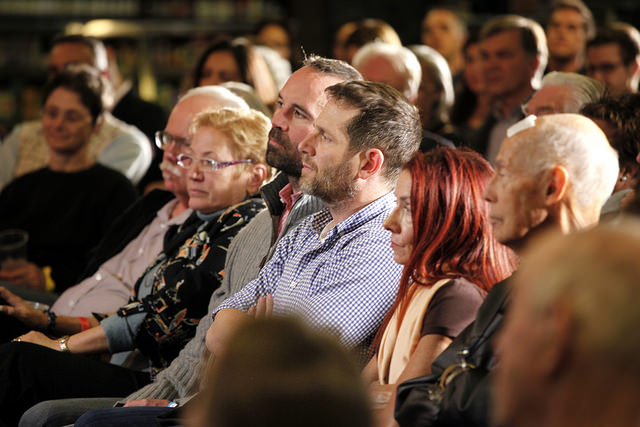 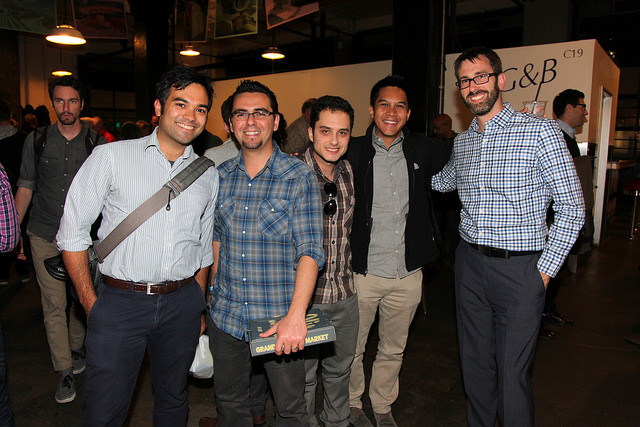